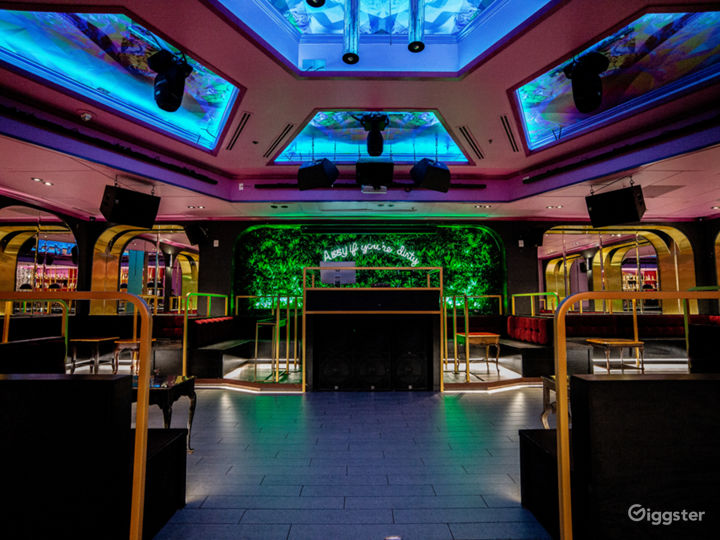 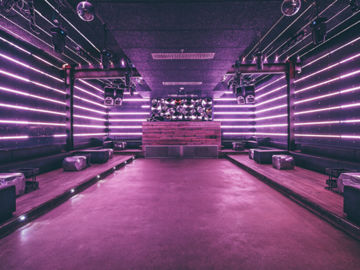 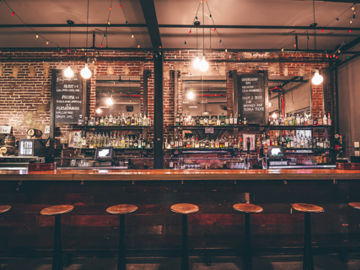 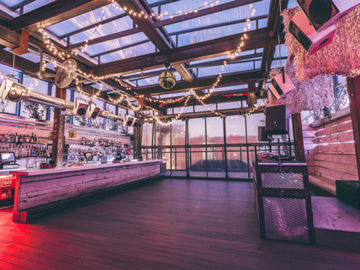 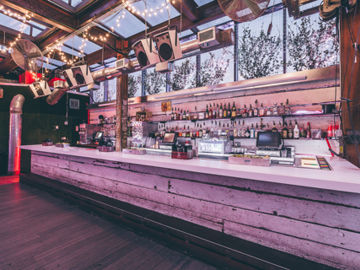 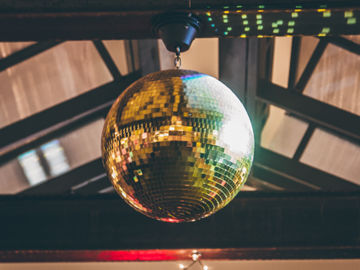 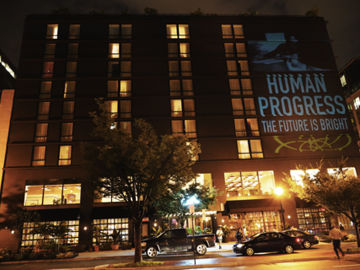 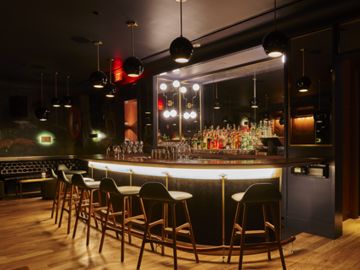 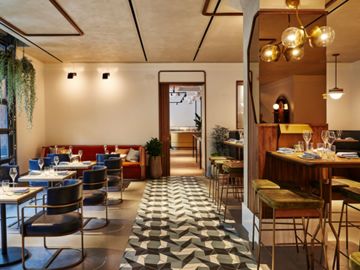 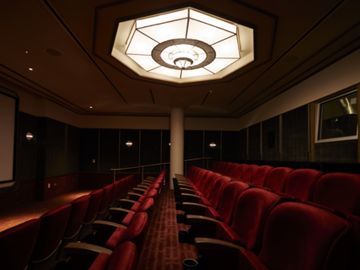 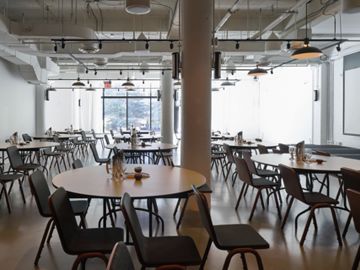 From $500/hr
All in one event space
Washington, DC
Hotel, Co-working, Restaurant, Cinema, Rooftop, Wellness Center and more. Lots of options for filming at Eaton DC. All in one event space with different activities to choose. Note for customized rates, please inquire with the host.
View Location 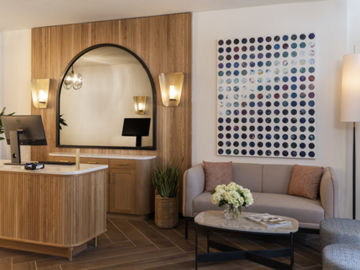 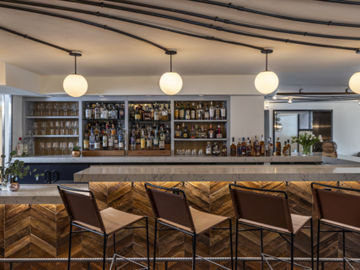 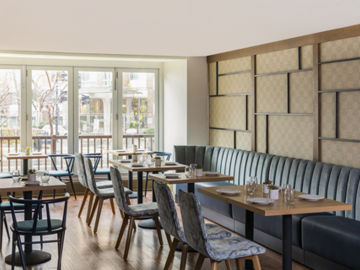 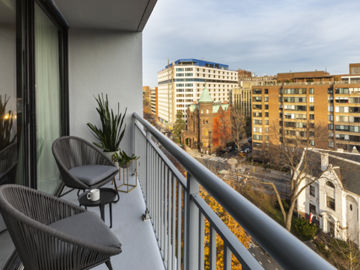 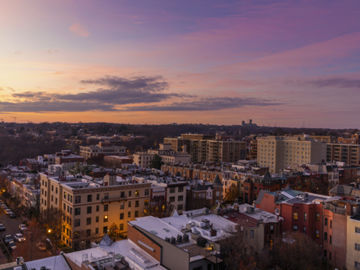 From $4500/hr
Boutique hotel with restaurant, tree lined street
Washington, DC
Newly renovated (completed Feb 2021) independent boutique hotel with 81 of DC's largest guestrooms, half with private balconies, all with windows that open and expansive city views. Rooms are 400-460 sf, balconies add another 60 sf outside. Guestrooms have open floorplans, spa influenced colors and a cool contemporary vibe. Our new American restaurant, this restaurant and bar features a private dining room, seating for 60 and a private outdoor Terrace. It was also completely renovated and opened on 12, February 2021. The restaurant and lounge are bathed in natural light from large four panel retractable windows in each space. We can actually open the restaurant and lounge to the Terrace just outside. Dark hardwood floors, muted blues and other neutral colors populate the space. Furnishings have lots of texture, with leather and iron seating dominating the bar and community table.
View Location
View all locations

What is the price range for Concert venues in Washington, DC?

The price differs based on the length of rental, but majorly 1-hour booking will be in the range of $150 to $4500

Which Concert venues are most popular in Washington, DC in 2020?

Here are a top 3 most popular locations Abigail, Intimate + unique multi-level space in Shaw and All in one event space

Washington, DC is a city known around the world. The seat of power for the US Government, this city on the Potomac is home to some of the most recognizable landmarks anywhere in the world. From the White House to the Lincoln Memorial, there are familiar sights practically everywhere you look.

But there’s much more to Washington, DC than just politics. This culturally diverse city boasts excellent restaurants, wonderful museums, and an impressively eclectic range of neighborhoods that each boast their own unique vibe.

It’s also home to a thriving music scene, which makes Washington, DC an essential inclusion on any concert tour.

Playing a show in Washington, DC? There’s a lot to consider to organize the perfect gig; luckily, there are plenty of local businesses to help you put on the perfect performance.

Whether you’re laying down tracks in the studio or just fine-tuning your performance, finding a suitable rehearsal space in Washington, DC is crucial. And whether you want something modern and well-appointed or a space with a more authentic vibe, you’ll find plenty of options to choose from.

Want to play to sold-out venues full of passionate fans? An experienced promoter can help generate the buzz your show needs to get more people through the door and build your following. From booking the best Washington, DC concert venues to marketing your show, a reliable promoter can help you make it to the big time.

The best concert photography can make you feel like you’re right there with the artist, not to mention make you want to be there the next time they play. If your gig is going to get the media coverage it deserves, finding an experienced and creative concert photographer is crucial.

Planning a concert in the US capital? From finding the right Washington, DC concert venue to promoting and recording your show, there’s no shortage of local professionals who can help take your gig to the next level.

With a history dating back to 1980, I.M.P. is now one of the biggest names on the DC music scene. This independent concert promotion and production company, led by Seth Hurwitz, stages shows for anywhere from 500 to 50,000 fans. It has produced more than 20,000 events, including Lollapalooza and Virgin Festival, and also manages venues like Merriweather Post Pavilion and The Anthem.

Blue Room runs a recording, mixing, and mastering studio just minutes from Washington, DC. It also offers custom music production services, videography, mobile recording, and a number of other creative services. And with an experienced team of recording engineers, producers, and creatives, it’s well worth checking out for any musician in the DC area.

A freelance photographer based in Washington, DC, Kyle Gustafson has built a name for himself on the DC concert scene. His portfolio also includes event, sport, and food photography, and his work has appeared in publications like The Washington Post, Vanity Fair, and Rolling Stone.

Pros and Cons of Concerts in Washington, DC

With a big city vibe, Washington is a great place to hold a concert. But like any fabulous destination, there are pros and cons.

Washington, DC has a truly diverse multicultural population that includes people from all over the world.

With its monuments, museums, and galleries, Washington, DC is one of the premier cultural cities in the United States.

From fine dining to outdoor adventures, world-famous landmarks to eclectic local neighborhoods, DC offers something for everyone. It’s the place to be.

The climate in the US capital is generally quite mild, making it a pleasant place to live or visit at most times of the year.

Washington, DC has a healthy live music scene and the city also attracts acts from all over the world.

If you live in Washington, DC, you’ll need to get used to dealing with the time-consuming frustration of traffic gridlock. One learns to never be in a hurry here.

Want to buy a home in Washington, DC? You’d better start saving because real estate (and the cost of living) in the city ain’t cheap.

Many members of the DC community work long hours in high-pressure jobs — all the more reason to blow off some steam at a live show.

With the city home to some of the most iconic landmarks in the country, you’ll need to deal with crowds of tourists during peak times.

While the climate is generally pretty good, the hot and humid days of summer could leave you in a sweat.

US landmarks don’t get much more iconic than the Lincoln Memorial. Towering over the Reflecting Pool, the statue of honest Abe honors the 16th US president and is quite simply a must-visit for any tourist in Washington, DC.

Located in three buildings on Capitol Hill, the Library of Congress is the largest library in the world. The Thomas Jefferson Building is famous not only for its stunning architecture but for its ever-changing range of historical exhibitions. But if you’d like your concert to have more of a modern flavor, you can book a state-of-the-art concert venue just minutes from Capitol Hill.

If you want to get in touch with the natural world, a visit to this excellent museum is a must. The Smithsonian was opened in 1910 and houses a collection of more than 140 million natural science specimens and cultural artifacts, from dinosaur bones to a replica of a North Atlantic right whale. Best of all, admission is free.