Looking for a unique Bridal Shower venue? Save money by booking directly with local hosts 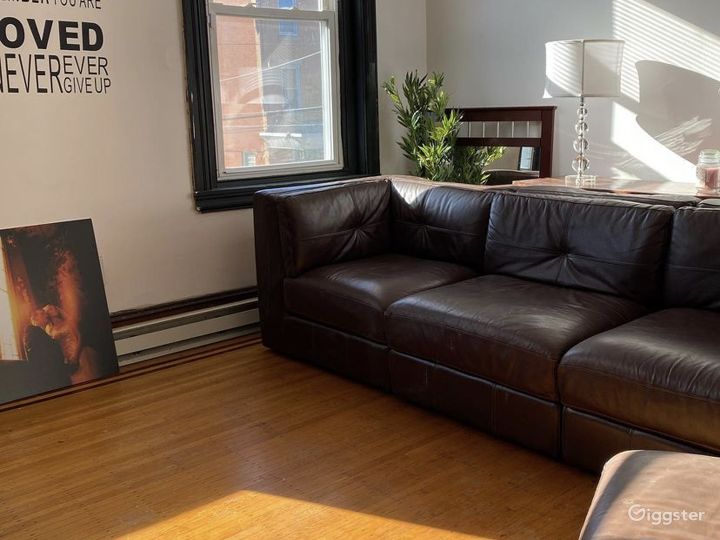 From $75/hr
Urban Contemporary Living in the City
Philadelphia, PA
1
This triplex apartment building is your traditional North Philadelphia home, but broken down into individual apartments. Enjoy walking into the city or Temple Med.. or just decide to get your hot cup of coffee from Starbucks around the corner. There is always something fun to do in Phila!!
View Location 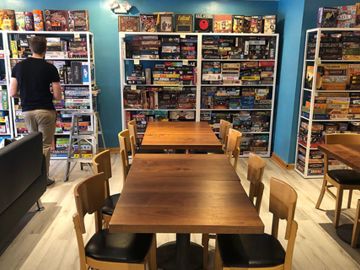 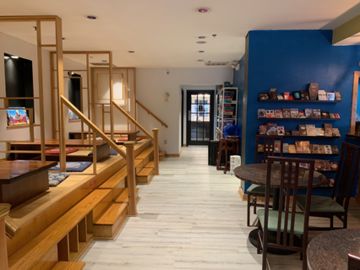 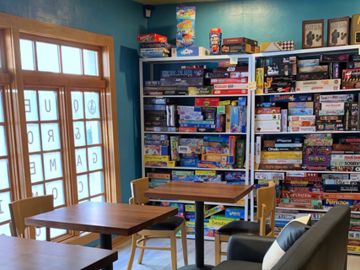 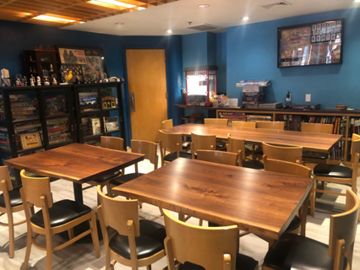 From $75/hr
Board Game Cafe in Philadelphia
Philadelphia, PA
1
A bright and sunny board game cafe filled with a wall of games. We have couches booths and tatami seating that we retained from the former Sushi restaurant. It is vibrant and fun and we even have fun looking bathrooms.
View Location 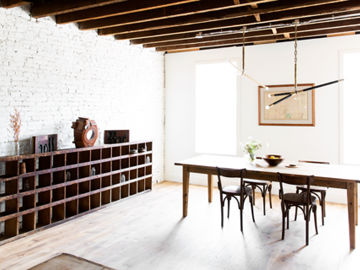 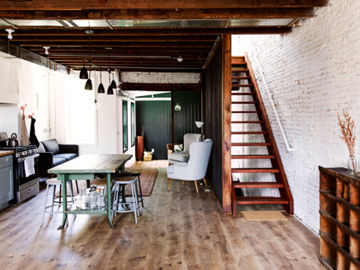 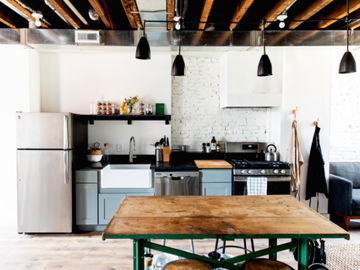 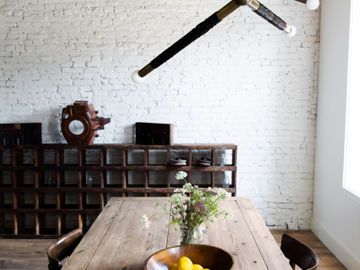 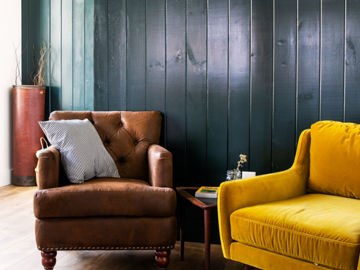 From $100/hr
Modern, industrial duplex w/ lots of natural light
Philadelphia, PA
2
Thoughtful renovation on a boarding house from 1905 playing up textures and moments. An amalgamation of modern design and vintage, one-of-a-kind pieces, the space rests at the intersection of lofty and robust, capturing the spirit of the city and its rich history. The apartment has an open plan bright, spacious work area, living space and kitchen on the lower level and two cozy bedrooms on the top floor. The open parlor is great for entertaining with a chefs kitchen and a dinner table that can accommodate up to 8 guests comfortably and ten with an insert. There's also two seating areas, one that sits in the back of the area in a library setting.
View Location 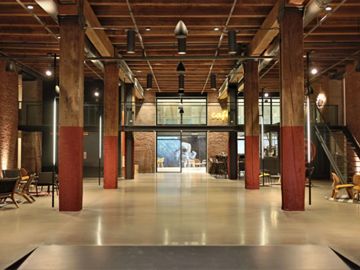 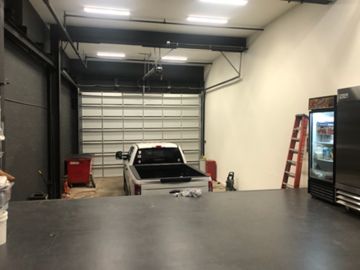 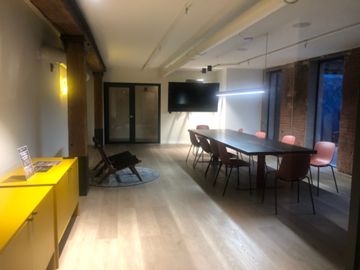 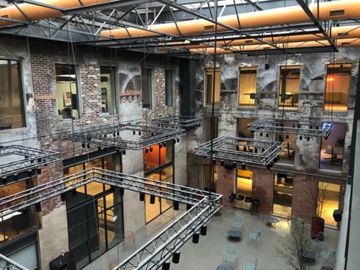 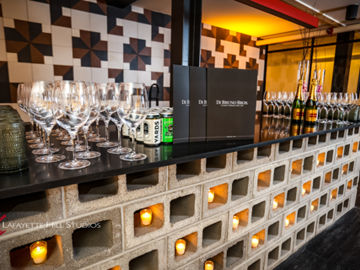 From $200/hr
One of a Kind Modern Industrial Buildingin Philly
Philadelphia, PA
1
A modern adaptive reuse renovation of a complex of adjacent industrial buildings totaling 180,000 sq ft. The oldest sections were constructed in Olde Kensington in the early 1900s as a lumber facility. We have multiple spaces / sets that can be used for filming. During the past year we have hosted numerous shoots ranging from big NYC and LA production companies, to small local filmmakers. The building is named after former occupant the Billy Penn Corporation, operator of an an aluminum facility in Olde Kensington for many years. ​ The property has been renovated into into modern business and retail spaces for lease as well as event and production spaces. Our building features a stunning lobby with original old growth yellow pine beams, and a one of a kind 3 story atrium.
View Location
View all locations

What is the price range for Bridal Shower venues in Philadelphia, PA?

The price differs based on the length of rental, but majorly 1-hour booking will be in the range of $65 to $666

Which Bridal Shower venues are most popular in Philadelphia, PA in 2021?

Here are a top 3 most popular locations Urban Contemporary Living in the City , Board Game Cafe in Philadelphia and Modern, industrial duplex w/ lots of natural light

Philadelphia is the nation's first World Heritage City recognized as the site where numerous historical events took place. The City of Brotherly Love hosted the first Assembly meeting at the Pennsylvania State House (now the Independence Hall) in 1735. It's also where the U.S. Constitution and the Declaration of Independence were drafted.

Its central location and penchant to go against the grain are other reasons that make Philly truly stand out. For instance, while other cities are consumed with keeping fit and adopting healthier lifestyle choices; Philadelphia ranked in the list of 10 overweight U.S. cities six years in a row. With cheesesteaks as one of the popular dishes in the region, it's easy to see how the problem came about.

Philly is equally considered a modest city but at the same time, there are plenty of exciting moments to experience around town. That's why you should consider booking a Philadelphia bridal shower venue for your upcoming pre-wedding gathering.

Bridal showers are all about celebrating a blushing bride's upcoming nuptials. It usually falls on her bridal party and friends to organize the event. A lot goes into coordinating the function and it's possible to have a memorable as well as beautiful bridal shower in Philadelphia.

It can be intimidating taking charge of feeding guests at a bridal shower. Most showers are laidback events that don't require any fancy meals but it doesn't make it any easier figuring out what to feed everyone. A good menu for such occasions includes appetizers, salads, sandwiches, and desserts. Take the stress out of it by working with a Philadelphia caterer to whip up a delectable menu for the occasion.

This occasion is a time to shower the bride with lots of love and thoughtful gifts. Anyone invited to the bridal party is undoubtedly an inner-circle friend and the gift presented to the couple-to-be should reflect it. There are several gift shops in Philadelphia offering assortments of suitable items to help the newlyweds settle into married life.

Bridal shower games are rooted in tradition and most modern pre-wedding gatherings continue the trend. Fun props have the ability to add to the fun factor and they are available from party supplies stores in Philadelphia. Use it as an opportunity to get some fun keepsakes for the guests, for instance, a jigsaw puzzle of the couple.

A bridal shower is a special occasion and the guest of honor deserves to have great photos taken to commemorate the event. That's why these functions are not complete without a photo shoot. Enlist the services of a professional Philadelphia photographer to snap Instagram-worthy pictures of the event.

Organizing a bridal shower can end up being overwhelming and time-consuming, in between organizing the big day. Enlisting the services of a Philadelphia event planner is the solution to organizing a stress-free shower.

The team of experts at EBE Talent provides award-winning event planning services. Their expertise includes videography, lighting and production, photo booths, and enhancements. To top it off, they know that a party isn't complete without the right kind of entertainment and they'll book the best DJs or dance bands for your event.

For a uniquely different twist to your upcoming event, Scavenger Hunt Anywhere is the planner who should organize the occasion. As implied, they put together scavenger hunts aimed at team building. They are able to incorporate the theme of the event into the scavenger hunt for a more personalized touch.

Located in the Northern Liberties region of Philadelphia, Beautiful Blooms Events offer a bouquet of comprehensive planning services. They are made up of a close-knit team of progressive and innovative designers who strive to come up with custom event installations. Beautiful Blooms is up to the task whether you are planning an intimate gathering for 10 or a grand occasion with a large guest list.

Pros and Cons of Bridal Showers in Philadelphia

The City of Brotherly Love is a relatively affordable place and has plenty of green spaces. However, like other cities across the world, Philly has its share of setbacks that you should have at the back of your mind when planning a bridal shower.

The Philadelphia Museum of Art is a cultural wonder housing exquisite pieces like Vincent Van Gogh's "Sunflowers." The surrounding area is equally stunning, and the famous Boat House Row is visible from the back. You can also catch a glimpse of the "Rocky Steps" featured in Sylvester Stallone's 1976 movie.

Philly has a bone-chilling side and it's best displayed at the Eastern State Penitentiary. Considered the first true penitentiary in the world, it famously housed Slick Willie Sutton and Al Capone. The outside gives it the facade of a fortress while the sky-lit ceilings decking the cells are a stark contrast, but it had to do with the rehabilitation aspect of the prison.

America's oldest zoo is yet another attraction found in Philly. The Philadelphia Zoo is home to an assortment of exotic wild animals including lions, tigers, birds of prey, and monkeys. Other features include a treehouse jungle gym, hot air balloon rides, and swan paddle boats. Book a luxury penthouse with a skyline view located in the heart of Old City for your upcoming bridal shower.