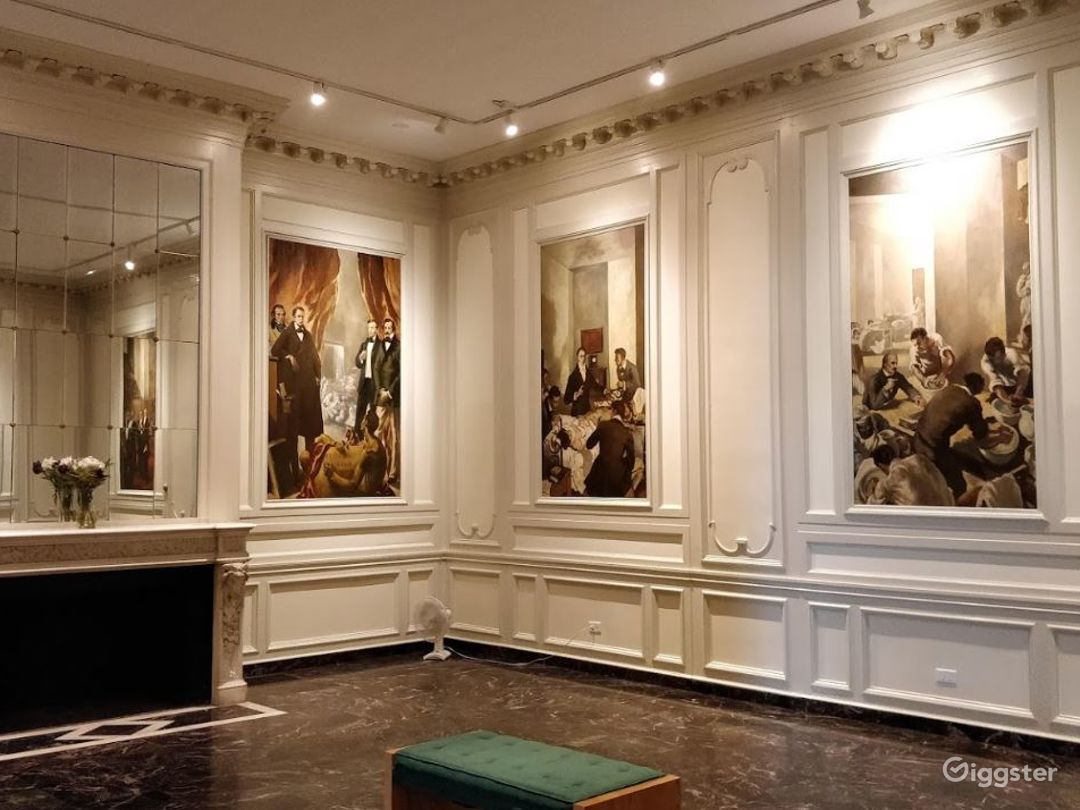 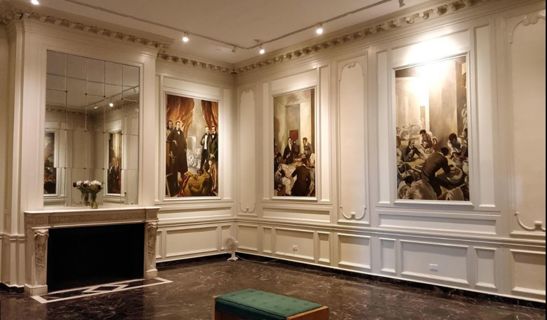 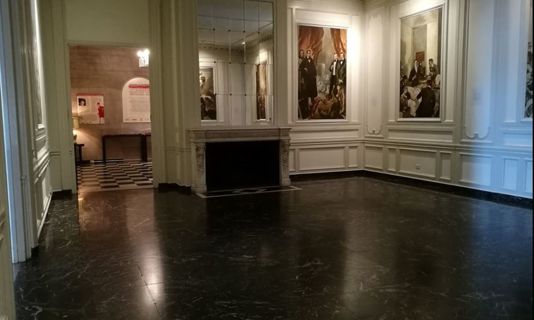 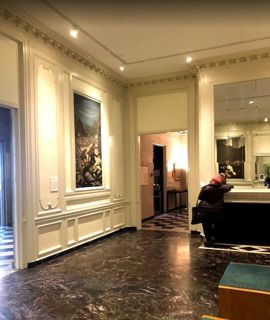 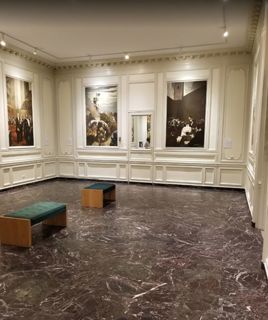 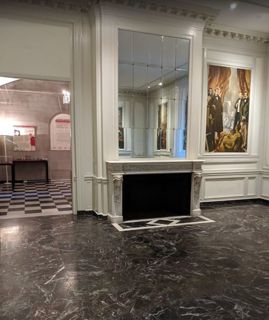 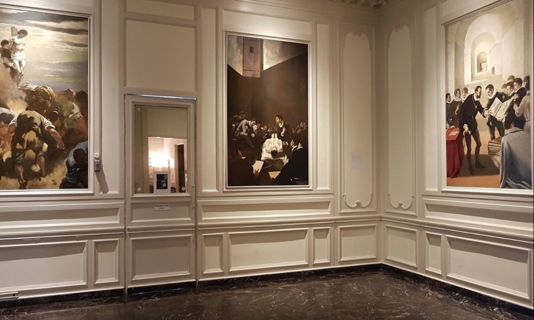 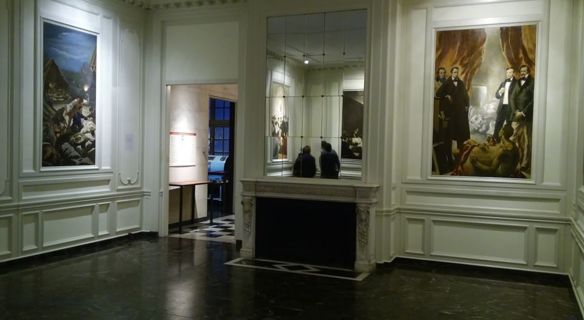 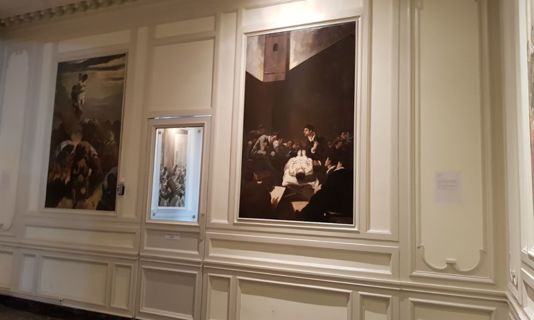 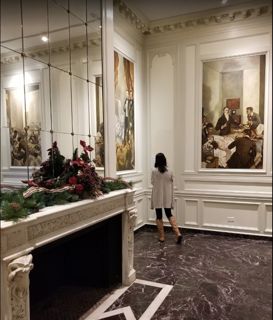 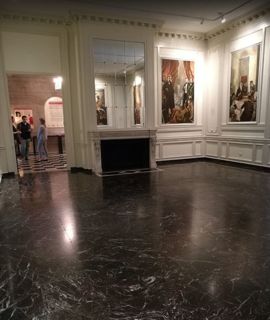 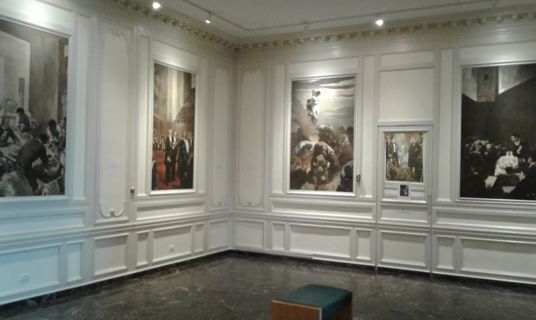 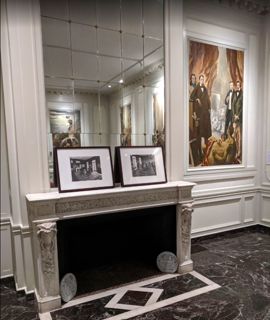 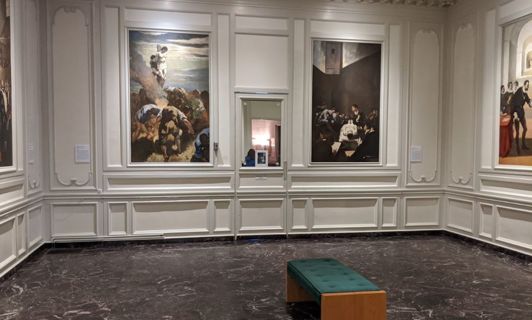 Hall of Murals
You have reached your weekly limit of 5 album downloads
We'd be happy to increase your limit, just contact our support team so we can get to know you a little more.
Request Higher Limit

Chicago, IL
Favorite
Share
The Hall of Murals was one of the original museum exhibits. Gregorio Calvi di Bergolo (1904-1994), an Italian painter, was commissioned in 1953 to paint these twelve oil murals that illustrate historical achievements in surgery and medicine. Calvi de Bergolo was a member of a noble Italian family and studied to become an ambassador. He decided that he preferred art to diplomacy and became known for his landscapes depicting roads and paths that disappear into the countryside. In 1950, he painted a portrait of A. Mario Dogliotti, the President of the International College of Surgeons, which may be why Calvi de Bergolo was chosen to execute these murals.

No adult filming
No smoking
No pets 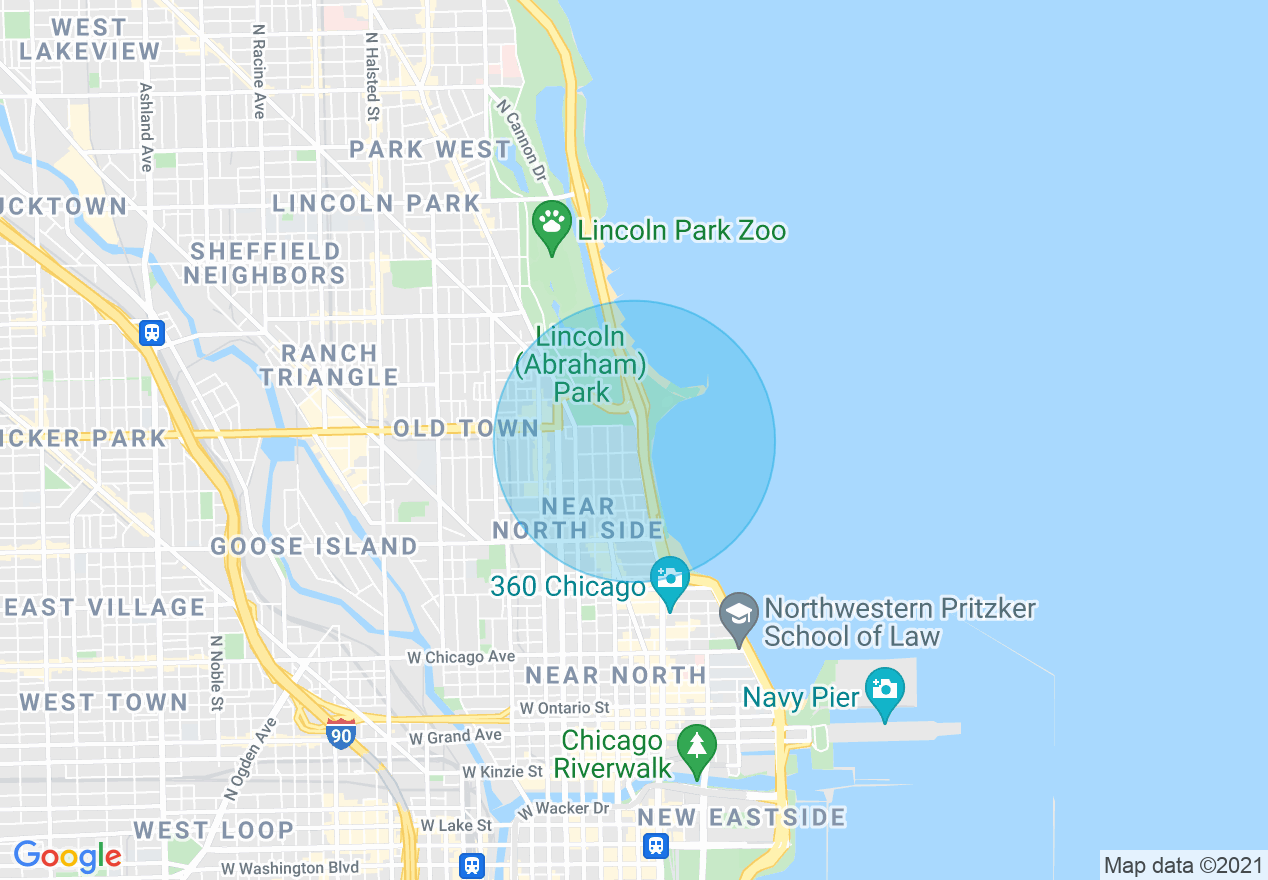 $400/hr 1 hr. minimum
Total hours: 0
Cast & Crew
1 - 15 people 400/hr
16 - 30 people 400/hr
31 - 45 people 400/hr
46 - 60 people 400/hr
60+ people 400/hr
Cancel for free within 24 hours
All bookings adhere to Giggster's Grace Period policy which allows a full refund for bookings cancelled within 24 hours of confirmation with the exception of bookings that are confirmed within 48 hours of the start time.
Learn more
This helps us cover transaction fees and provide support for your booking.
Security deposit will be held 48 hours prior to your booking’s start date. If we are unable to authorize a hold, your booking may be subject to the terms of our cancellation policy.
Giggster takes 15% commission from your location fee only. We do not take commission on any additional fees.
Parker K.
Response rating:
Good
Response time:
A few hours
Request to Book