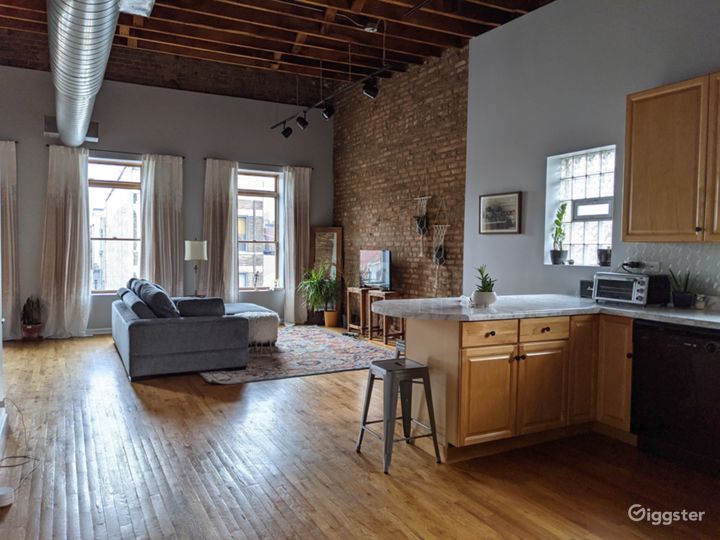 From $45/hr
☀️Huge Timber Loft w Exposed Brick & Tons of Light
Chicago, IL
4
With tons of natural light all day long, very high ceilings and a spacious open layout, filming here is ideal. I would describe my space as urban bohemian. It's trendy decor makes the space feel lived in and loved. The unique ceiling and exposed historical Chicago brick gives it a unique character. ✔ WIFI - RCN Fiber / high speed ✔ FREE & EASY STREET PARKING! ✔ 2-3 free parking spaces in the back of the building ONLY from 8pm to 8am - let me know before hand if you will need these spaces. ✔ HUGE 1300 sq ft loft. ✔ CLEAN & sanitized (even light switches) ✔ FULLY AIRED OUT between bookings. ✔ COZY & bright. ✔ FAMED, historic Chicago pink brick. ✔ PETS OK w/ prior approval. ✔ FULLY furnished ✔ HISTORY - This 1300 sq ft loft is located in a building built in 1890, and features Historical "Chicago Brick." ✔ TONS of natural light, but also gorgeous West Elm curtains if you need less light ✔ HARDWOOD floors throughout, ceramic tile in bathrooms ✔ SIZE - The apartment is honestly huge. It feels so bright and spacious with it's tall ceilings and open layout for common areas ✔ CLEAN - I keep it VERY clean & sanitized for covid-19 and simply to maintain the charm of it all for shoots ✔ THIRD FLOOR - Please note there is not elevator access Don't hesitate to message if you have ANY questions at all!
View Location

From $125/hr
Cozy & Eclectic Home --Northwest side of Chicago
Chicago, IL
8
We live in a cozy, brick Georgian in a quiet Chicago neighborhood bordering Oak Park. Our home is small but full of life, light and color. Our kitchen is bright and white and opens up to our dining room. Our family room has lots of windows and provides a nice view of our backyard and our living room has rich colors and an inviting fireplace. Three bedrooms are upstairs with a recently redone bathroom on that level. Basement is fully finished with a studio space and bathroom.
View Location 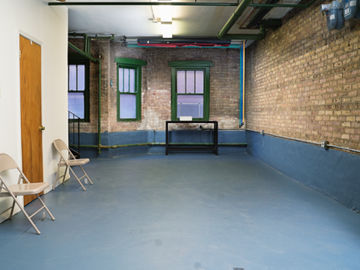 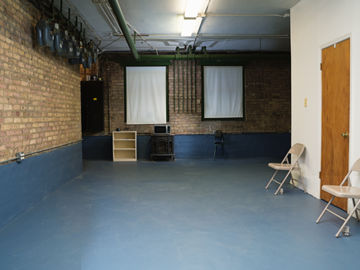 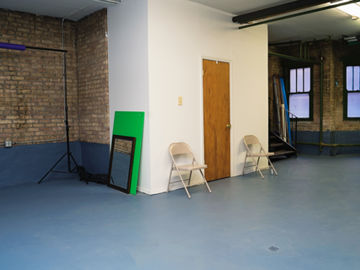 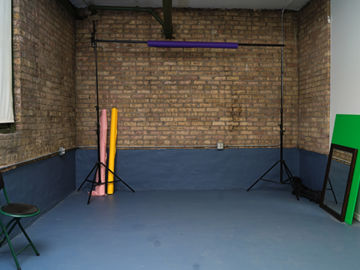 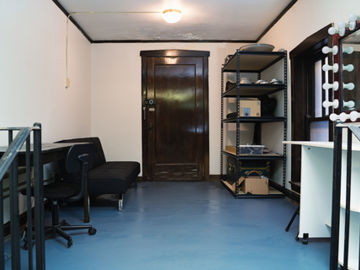 From $35/hr
Photo/Video Studio with Brick Wall
Chicago, IL
5
This curated space is meant to make our guests feel welcomed and right at home. The studio is split into two sections, a small office-like space on the upper level and a spacious “shooting” area with two separate setups on the lower level. The office section has a vanity mirror/desk for makeup and a small table for photo editing. You will need to bring your own laptop. The office is separated by a small staircase leading to the main shooting floor. Our studio is set up for photography/videography. The studio’s north wall has a seamless paper backdrop setup hanging from the ceiling set up (seamless paper is included in rental). You are allowed to bring your own seamless paper to hang from our mobile tripod setup. Most of the walls in the studio are brick. We are proud of our humble little space, especially taking into consideration that we built the vanity mirror by hand over the course of a few days. We hope that this studio is just the first of many to come in the future!
View Location 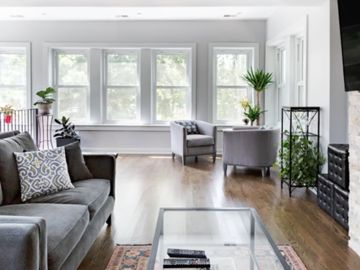 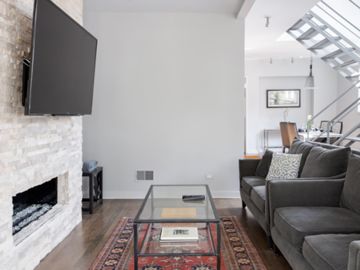 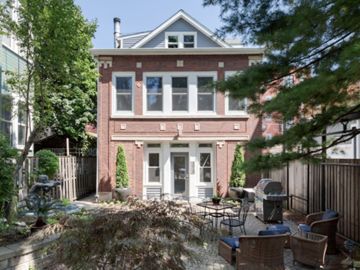 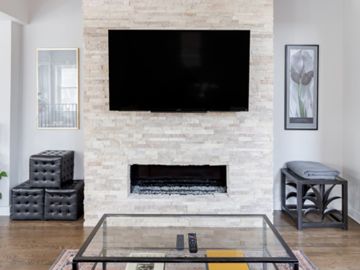 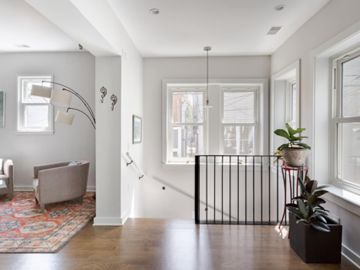 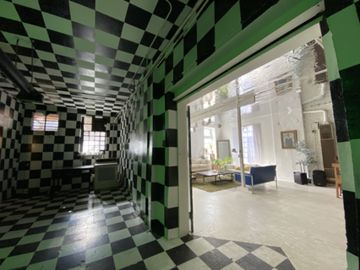 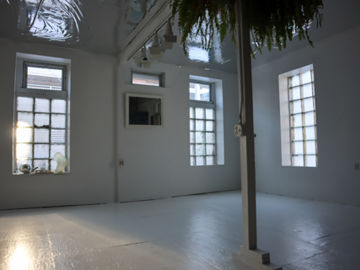 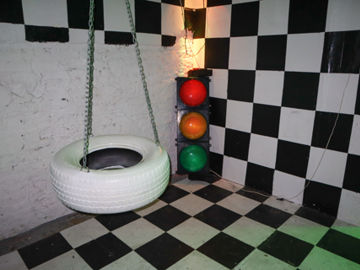 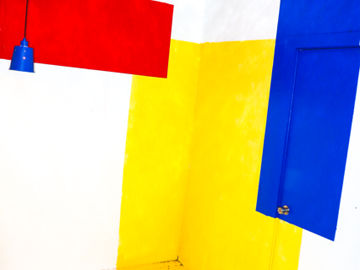 From $98/hr
Huge Multi-Set Loft with Immersive Checkered Room
Chicago, IL
Our space is a flexible and immersive 2000 sq ft production studio located in the heart of Bucktown. Located on the second floor with stairwell access. We are steps from the Western blue line station in addition to metered parking on Milwaukee avenue in front of the building and free neighborhood parking on either of the side streets one block east. There is Spot Hero parking in the alley behind the building. We have hosted music videos, live performances, markets, photoshoots, workshops, meetings, and more! Ask us about in-house photo/film/event production services. The Checkered Room - Black and white checkers from floor to ceiling Free of most furniture Hanging tire swing (Option to have white hanging punching bag instead) Clothing rack Green neon mounted on the wall (cannot be moved) The White Room - A rotating collection of curated vintage furniture, mirrors, art, chairs, lights, and props Green Turf Wall Chalkboard Wall with colored chalk Black Metal Cabinet Wall - magnetic Mondrian-inspired Primary Shape Corner Crafty Area Track lighting 6ft meeting table on wheels 20 real and fake plants 12 ft Mylar treated ceilings 3 floor to ceiling south-east facing tile windows - best direct light is between 2pm-5pm The Blue Room - Bedroom/Dressing room set 7ft circle bed with blue velvet headboard blue toned checkered floors porcelain blue vanity sink *work in progress* RESTROOM - The restroom is located in The White Room and features a clawfoot tub. Please encourage frequent handwashing during your production. GEAR - Included in your booking: Bluetooth Speaker - you may NOT bring in your own speaker. Projector with HDMI hookup Clamp lights, Gaff tape, Clamps Various colored lightbulbs Gear cart on wheels Party light Strobe light 12 step wooden ladder Rolling rack GEAR - Available for rent: Backdrop stand/Backdrop paper - 9ft and 4 ft options pictured - comes with clamps and sandbags 2 softboxes and gels (green and pink) 2 LED adjustable light panels Monitor 2 tripods SERVICES: Our in-house team of creatives are available for hire to help your production go smoothly. Reach out to us here or info@kipstudios.com if you're in need of a: Studio Assistant Producer Production Designer Photographer - film/digital/bts Cinematographer Event Coordinator SMOKING - please smoke CIGARETTES on the back porch only. we are a 420 friendly studio, please be mindful of ashtrays. HOURS ABSOLUTELY NO PRODUCTIONS WILL BE BOOKED PAST 8PM Charges only reflect hours booked. Please include as much time as you'll need to load-in/out and set-up/breakdown. Kip Studios is a flexible and immersive production space for Chicago creatives. Find us on Instagram @kipstudioschi
View Location 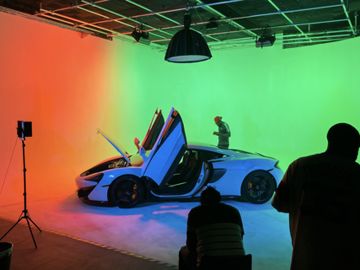 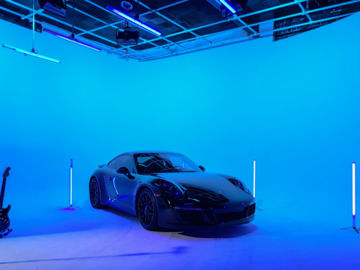 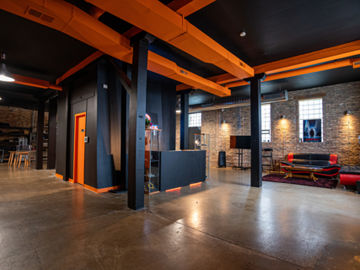 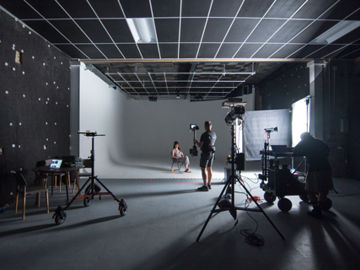 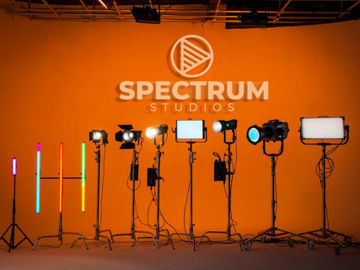 From $170/hr
Unique Film Studio and Sound Stage in West Town
Chicago, IL
1
This is a professional video/photo production studio equipped with: - CYCLORAMA WALL - SOUND STAGE - VEHICLE ACCESS - LIGHT GRID - PARKING - CHAIRS AND TABLES - TWO 4K TVs - HIGH RESOLUTION PROJECTOR - 4 CAR GARAGE - THREE BATHROOMS - VIP ZONE - MAKEUP ROOM - CONFERENCE ROOM - KITCHEN - RECEPTION - AIR CONDITIONER - FILM GEAR STORAGE - 1500 WATT SOUND SPEAKER - 3-PHASE ELECTRICAL SUPPLY This space is perfect for music video, film shoot, building your own set, ​commercial and corporate video, TV show, creative performance, live stream broadcasting, event video and many more. You will have access to the garage that is attached to the building, so you can unload all the gear directly to the studio and also drive your car into the space for filming(car fee 300$, check addons). Studio fits up to two passenger cars on the cyclorama wall. You can find a lot of lighting equipment and props that can be used for your project, but its not included in the rent price. You will be able to rent it separately in ADD-ONS section or when you arrive to the space.
View Location 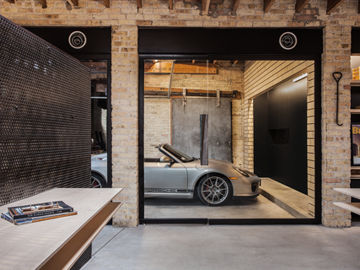 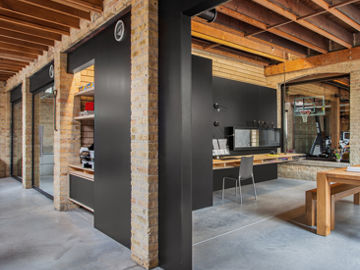 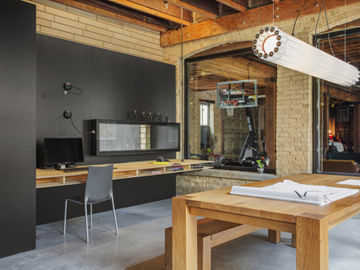 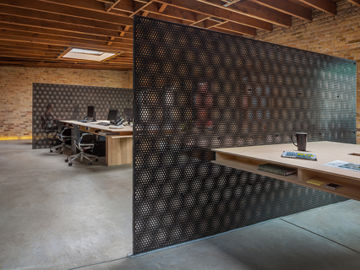 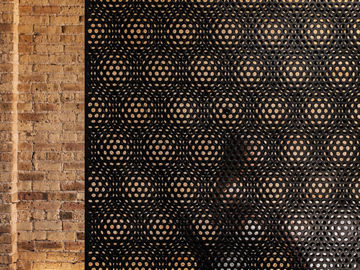 What is the price range for Filming spaces in Chicago, IL?

The price differs based on the length of rental, but majorly 1-hour booking will be in the range of $35 to $250

Which Filming spaces are most popular in Chicago, IL in 2020?

Chicago, Illinois is also known as the windy city and the third-largest city in the United States. Home to the world first skyscraper (not to mention countless others), the city features nearly 30 miles of lakefront and more than 20 beaches. Home to a vast number of people (current estimates say in the ballpark of 2.6 million people), with high-quality infrastructure, and many attractions, Chicago is a city of dreams.

It also happens to be an excellent spot to host a film shoot. With over 13,000 jobs that directly support the film industry, and an abundance of venues to shoot from, filming in Chicago is both highly desirable and highly sought out. And, with an array of film services, from professional studios, to one-of-a-kind venues, to event planners and caterers, it's easy to see why film makers opt to shoot here.

Chicago sits on 234 square miles of parks, hotels, restaurants, attractions, and more. Not to mention hundreds of film-friendly venues and production services that can help you make your film shoot just right. When it comes to shooting in the Windy City, you have plenty of options.

Not only is there an abundance of small (but reputable) production companies in Chicago, but there are a also few larger local ones as well, that have contributed to well-known blockbuster movies.

Chicago Studio City:
Chicago Studio City is a full-service studio with several sound stages. They offer a range of equipment and experienced staff to assist with production needs. Their work can be seen in Chicago classics like The Barber Shop and many other films.

Shatter Glass Films:
Shatterglass is dedicated to producing high-quality, memorable stories that will reach a variety of audiences, and assist in developing stories from concept to completion. You can see their work in several movies including A Death of Innocence and Revival.

Richter Studios:
Richter Studios began as a simple 2D animation studio and has evolved into a full-service production company that has worked on over 11,000 films. They’ve worked with Ludacris and on a few Star Wars-themed productions.

Pros and Cons of Filming in Chicago

Is filming in Chicago right for you? Consider a few of the advantages and disadvantages of a having a film shoot in Chicago.

Check out these famous Chicago film locations to explore Chicago, or to find inspiration for your one-of-a-kind Chicago film shoot.