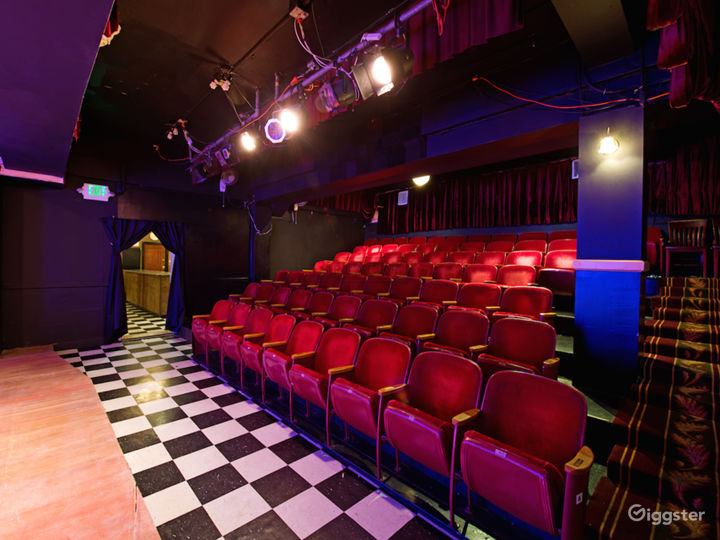 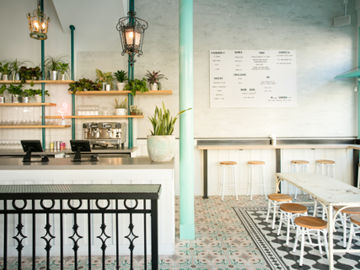 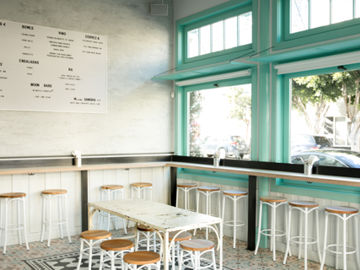 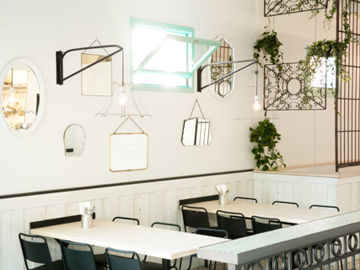 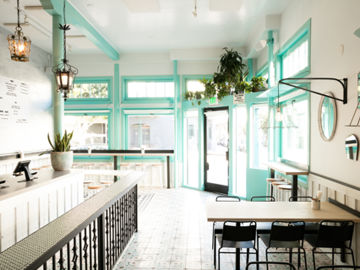 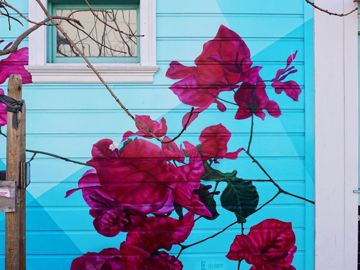 From $125/hr
Tropical, Light-Soaked Mission Restaurant Space
San Francisco, CA
Perfect for photo and video shoots, our restaurant space boasts huge windows and gorgeous natural light. With a now iconic pink and green tile floor, custom plaster walls and antique metal work, you can almost imagine yourself shooting in Cuba or another tropical escape. Centrally located, in the heart of the Mission in San Francisco, we can accommodate about 10 people comfortably (during Covid). Use of plant-filled parklet is also available for shooting or overflow space. PLEASE NOTE, space is ONLY available in the mornings before we open for business and our staff will be preparing food for service (but are well versed on staying out of the way as needed).
View Location 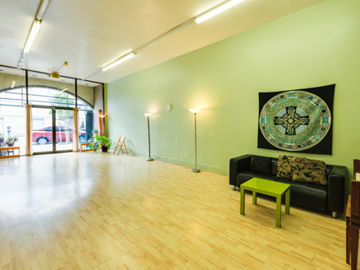 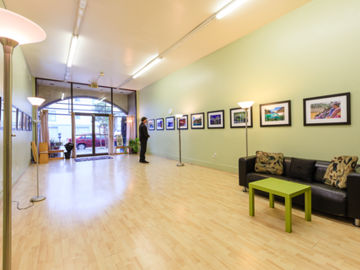 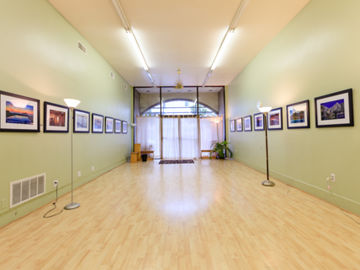 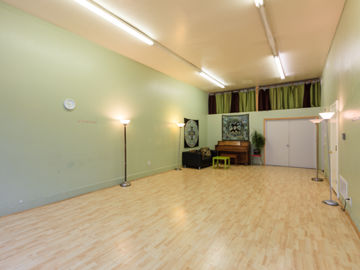 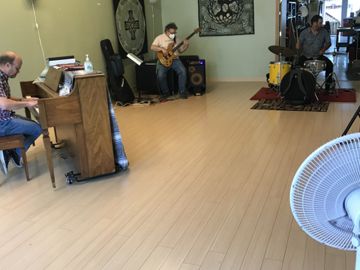 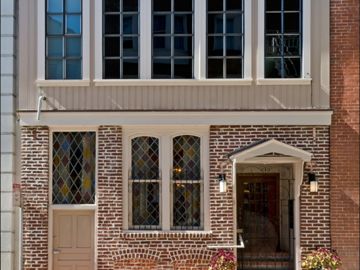 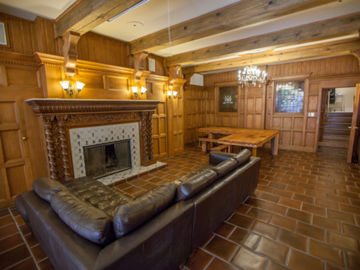 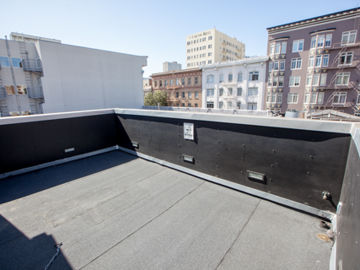 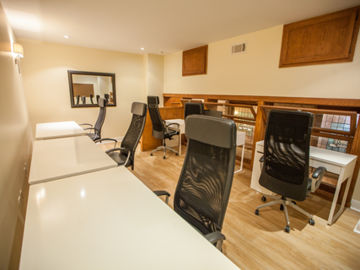 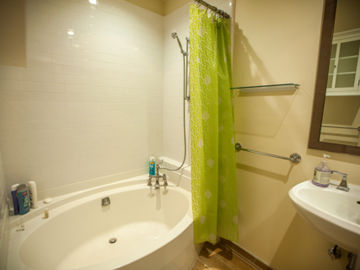 From $70/hr
English Style Co-Living with custom interiors
San Francisco, CA
1
· superhost
Located in the middle of downtown at Post and Hyde, behind a gate. NO FILMING IN OUR ALLEY, ONLY INTERIORS. We have sensitive neighbors, please respect that. - 4 floors with a lot of stairs - sun deck - custom bunk beds - shower with windows that open and a bathtub - long L shaped table, leather couch - stained glass, custom wood panel walls and floors - office with 6 white desks - large open kitchen with checkered floors
View Location 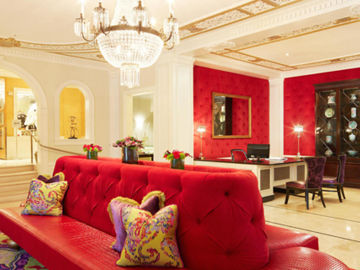 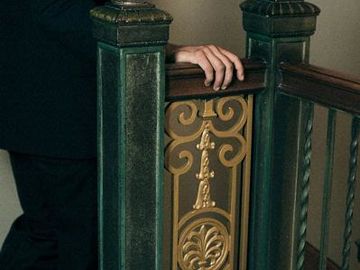 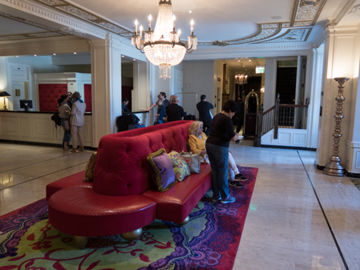 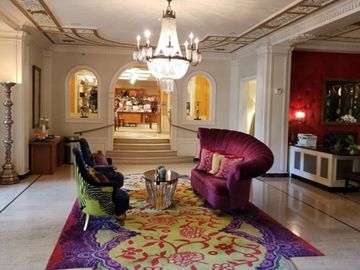 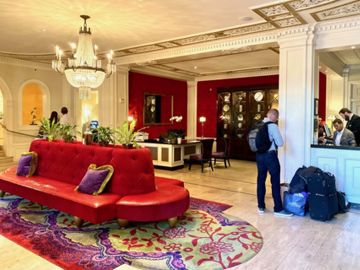 From $600/hr
Gorgeous Lobby with Modern Elegance
San Francisco, CA
Sprawl out in the epicenter of a world-renown historic hotel. Our lobby includes a rich history and culture of San Francisco. Oversized couches, grand lighting fixtures, and architecturally-significant space on the top of Nob Hill. Food & Beverage and Audio-Visual may be purchased through our Convention Services department. This is a historical hotel that features the award-winning Nob Hill Spa, the famous Big 4 Restaurant, and 134 grand guestrooms located in the safest neighborhood: Nob Hill.
View Location 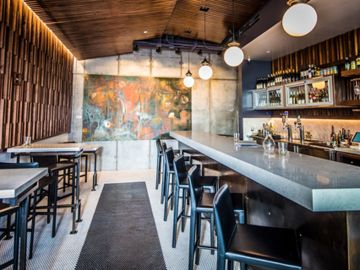 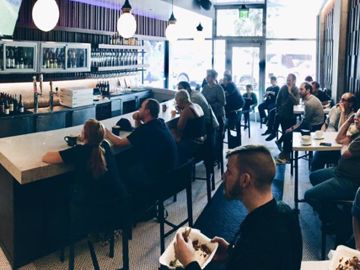 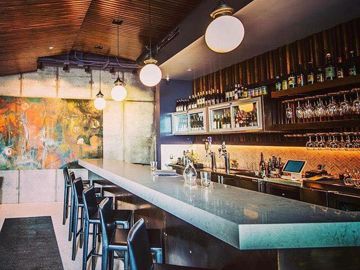 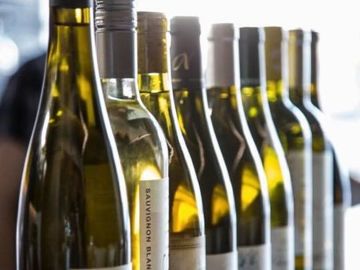 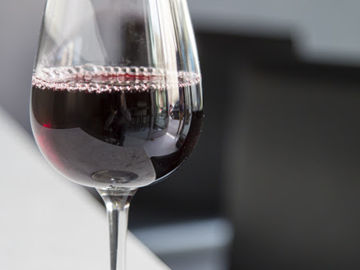 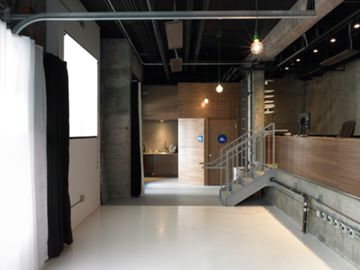 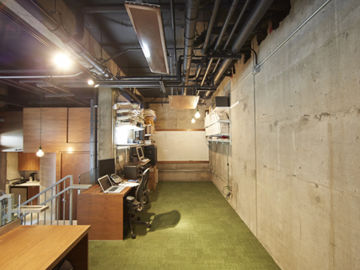 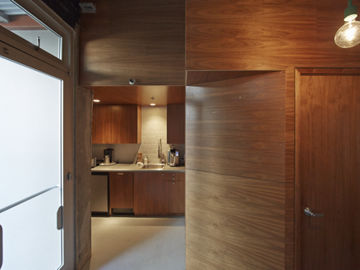 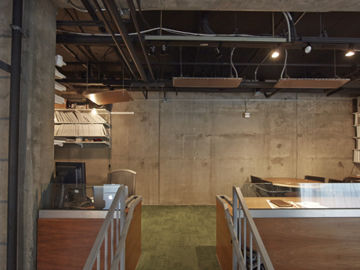 From $75/hr
MDRP Photography Studio
San Francisco, CA
This photography studio is perfect for portraits, small product and interviews. We also have had chef cook offs, video screenings, video production HQ, designer trunk shows and more. The studio is located near some of the finest bakeries, restaurants and bars.
View Location
View all locations

What is the price range for Filming spaces in San Francisco, CA?

The price differs based on the length of rental, but majorly 1-hour booking will be in the range of $39 to $600

Which Filming spaces are most popular in San Francisco, CA in 2020?

Over the years, filming in San Francisco has given us many opportunities to see parts of San Francisco on the big screen. Hit movies like Mrs. Doubtfire and The Wedding Planner, for example, have given us give a glimpse at San Francisco's many charming neighborhoods, including City Hall, and City College. And, of course, there's the famous Golden Gate Bridge...a modern spectacle that's been in too many movies to count! With so many famous sets, and so many unique venues, it's no wonder that San Francisco is film-production powerhouse, with plenty of options for sets, production companies, and attractions.

While many think of southern California for film producers, you can certainly find them in San Francisco, too. Here are a few well worth a mention.

Pros and Cons of Filming in San Francisco

Filming in San Francisco is not without it's own unique pros and cons. Here are a few to consider.

Let’s start with an iconic landmark that’s known around the world: The Golden Gate Bridge, the bright-orange behemoth. The Golden Gate Bridge has been around for more than 80 years and has been seen in countless movies including Star Trek, Dirty Harry, Alfred Hitchcock’s Vertigo, John Huston’s crime classic The Maltese Falcon, and countless others.

San Francisco’s elegant City Hall has been a backdrop in several hit movies. You can spot it in The Wedding Planner with Jennifer Lopez and Matthew McConaughey, and the classic Dirty Harry with Clint Eastwood.

San Francisco Chinatown, the largest outside of Asia and the oldest in North America is filled with attractions, culture, and history. It too, has been in its fair share of blockbuster film including Dirty Harry in The Dead Pool, The Age of Adaline, and Big Trouble in Little China.

Other well-known film spots include the notorious Alcatraz penitentiary, the green-filled Golden Gate Park, and the admirable Palace of Fine Arts.