Looking for a unique Birthday Party venue? Save money by booking directly with local hosts 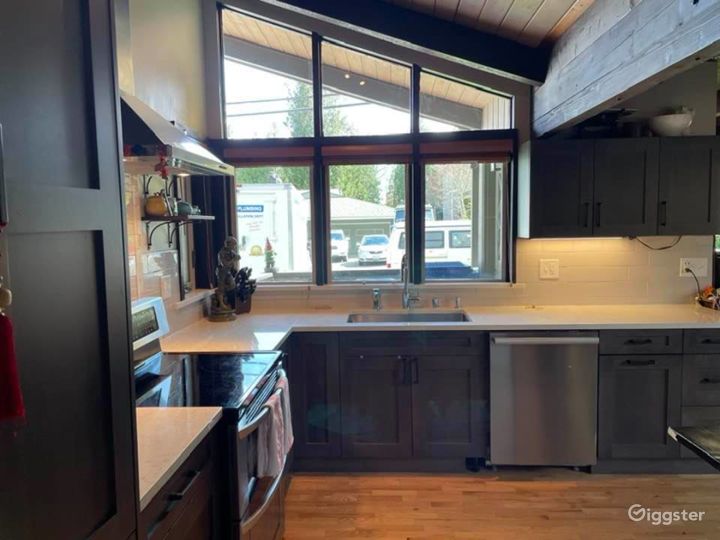 From $150/hr
Wedgewood Mid-Century Gem
Seattle, WA
1
Our house was designed and built in 1953 by my dad, Ross Dimm. With thoughtful updates it still presents the essence of the mid-century aesthetic. 12 foot exposed beams are the center piece of the house as my dad was an engineer by trade. His vision created a one of a kind design with exposed brick in the country kitchen. 2 working wood burning fireplaces are brick faced. Sam, the deer over the fireplace has been there since the Seattle World's Fair. The back yard is unexpectedly large with a greenspace down to a very small creek. An in ground, tiny pool peeks out of the very back of the yard. Updates are ongoing periodically. Located in Wedgwood and next to a golf course the neighborhood has some ancient trees. Our yard looks onto the ravine of Thornton Creek.
View Location 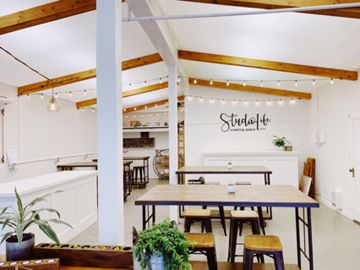 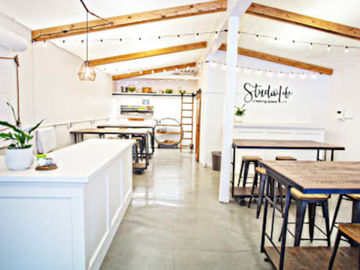 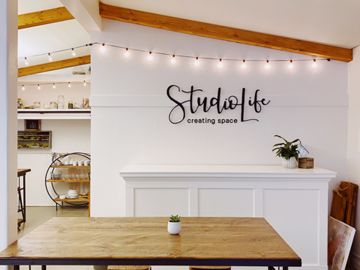 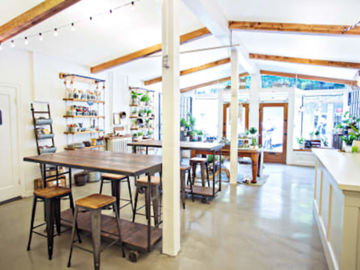 From $100/hr
Beautiful Space in the University District
Seattle, WA
1
Consider using our space as a beautiful space for your photo shoot or production. The space is light, airy, open and with plants as the primary decor. We have an open area in the front of the space and 4 high pub tables with stools in the back. Two large counters that can be used as workspaces or buffet tables. Our back room is a good prep area with a bathroom/utility sink and a refrigerator. We have a nice bathroom in the front of house for guests. Large windows and lots of light. The space is rather flexible with the ability to move tables around and configure it for your event. There is plenty of street parking available. It's a special spot and we would love to have you!
View Location 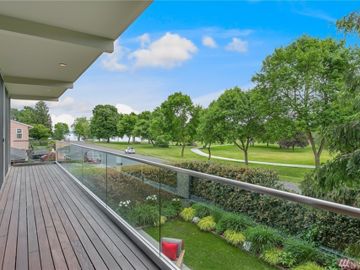 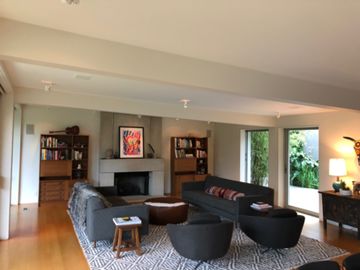 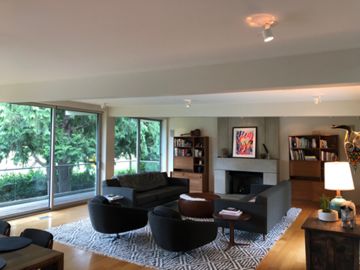 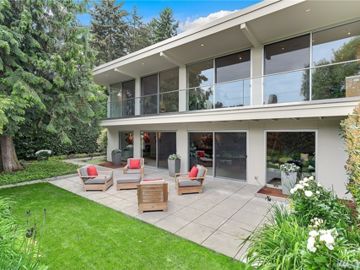 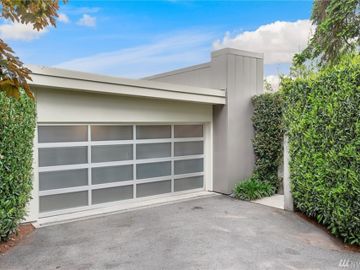 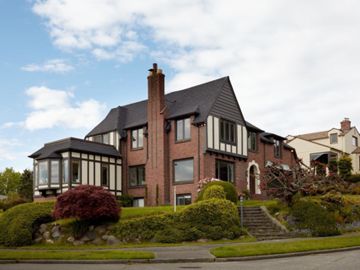 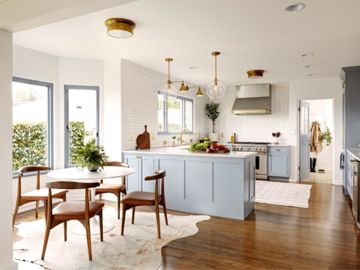 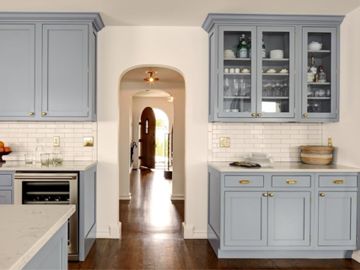 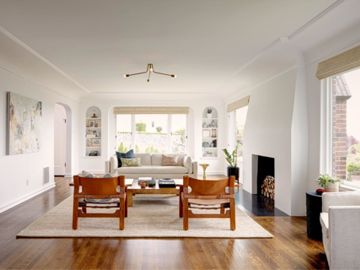 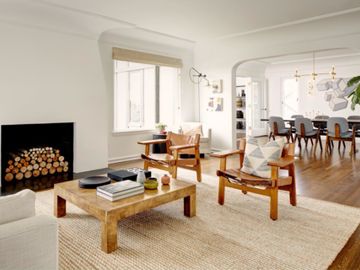 From $350/hr
Historic Storybook Tudor with Modern Interiors
Seattle, WA
1
Light-filled 1929 historic home that has been newly renovated with warm, contemporary designer finishes in the pretty Magnolia neighborhood. Big views of Puget Sound and the Olympic Mountains. DETAILS: The home is 4550 square feet with an open first floor, featuring an expansive living room with fireplace, and dining room with cove ceilings and brass fixtures. A family room off the dining room is a casual place for lounging with vintage leather sling chairs, a built-in window seat and big-screen TV, which can be closed off with glass panel doors. The new, high-end spacious kitchen has gray-blue cabinets, Thermador appliances, integrated dishwasher and refrigerator, white Pental quartz countertops, and an oversized ceramic sink. The eat-in breakfast nook has a bright bay window, bringing in plenty of natural light. The second floor features a large master bedroom and master bathroom, plus three other bedrooms, and another full bath, plus a laundry area. The basement is off-limits to guests. THE YARD The 7800 sq ft. landscaped corner lot features two herringbone brick patios. One is a curved patio with a gas firepit overlooking Puget Sound, one is a square patio that fits a full-sized 8-person dining table. LOCATION The house is on the Magnolia Bluff, blocks from Magnolia Boulevard, overlooking Puget Sound. It's a quiet residential neighborhood 15 minutes from downtown, known for stately historic homes with manicured lawns and pristine gardens. In this pocket of Magnolia, power lines are underground, so no views are obstructed. The house is 0.5 miles from Starbucks, and other restaurants and boutiques in Magnolia village.
View Location
View all locations

What is the price range for Birthday Party venues in Seattle, WA?

The price differs based on the length of rental, but majorly 1-hour booking will be in the range of $100 to $350

Which Birthday Party venues are most popular in Seattle, WA in 2021?

Here are a top 3 most popular locations Wedgewood Mid-Century Gem, Beautiful Space in the University District and Modern Mid-Century great light and access!

Seattle’s modern metropolitan terrain is punctuated by the famous Space Needle, world-renowned for its glass floor, unique shape, and sweeping views. Specialty shops, trendy eateries, and sprawling green spaces dot the city, and outdoor adventures are just a short drive away. Visitors can go on rafting or floating trips through the Cascades, ferry from downtown to Bainbridge Island, or bike on the Burke-Gilman Trail, a path that winds through some of the most prominent Seattle neighborhoods.

The name "Emerald City" adequately describes the progressive metro, which encourages novel ways for its inhabitants to relate to their surroundings and each other. Seattle’s attractions, activities, and bustling coastal atmosphere make it the perfect place for a party.

Plan a birthday party in Seattle, and you’ll find vendors and venues galore. Your party plan execution will be seamless and your event will be unforgettable.

Interesting fact: Seattle was originally called "New York" but was later renamed after a Duwamish chief who’d befriended the original group of settlers.

Pros and Cons of Having a Birthday Party in Seattle