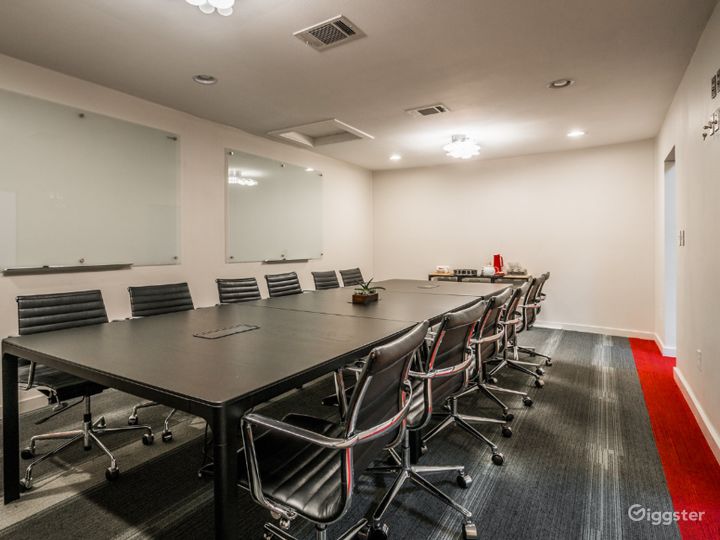 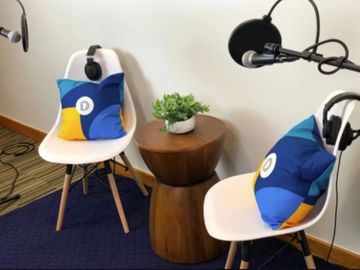 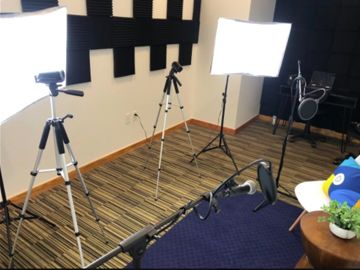 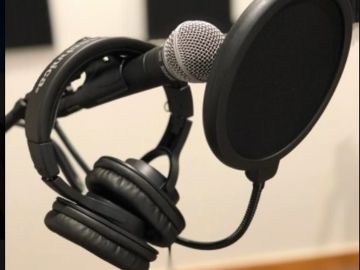 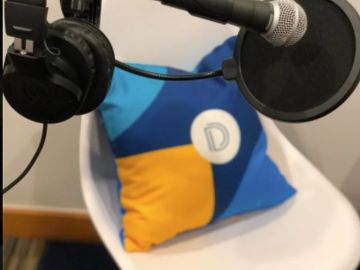 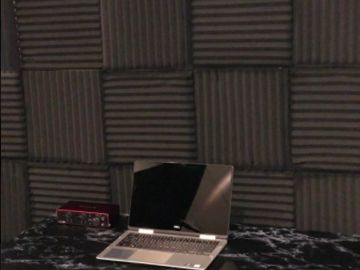 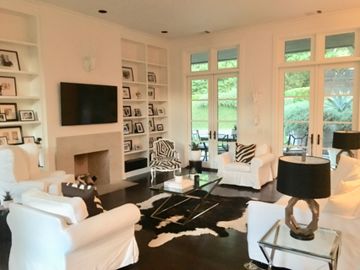 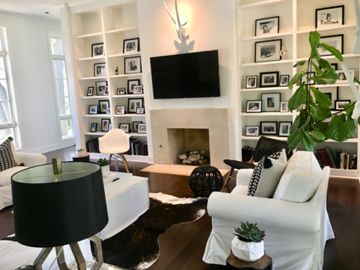 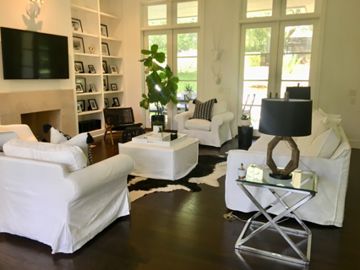 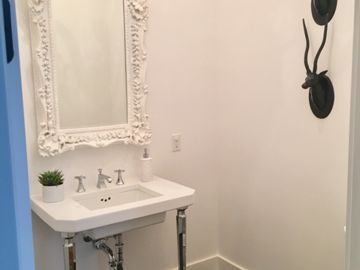 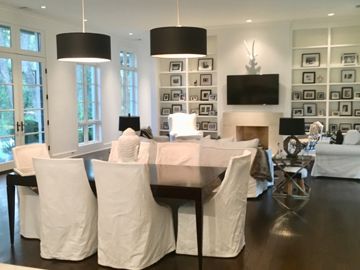 From $100/hr
Beautiful Austin home bathed in natural light
Austin, TX
1
Modern , Santa Barbara’s style white brick home in Central Austin. Close to everything yet feels like a private oasis. Huge manicured front and backyard set atop a hill. Floor to ceiling windows and doors throughout the house as well as 11’ ceilings to provide maximum natural light.
View Location

From $100/hr
Versatile Studio - Equipment INCLUDED - Video/Phot
Austin, TX
Modern, private and versatile studio equipped with everything you need for photoshoots, video shoots, podcasting, vodcasting, or almost any type of content you are looking to create. The 700 sq. ft. space is flexible and modifiable to suit a number of different looks for video content shoots. It consists of a main 15'x20' space with 9' ceilings and two smaller seating areas that have interchangeable furniture. Included equipment at no extra charge: (1) Aputure 300d w/ Aputure dome diffuser (2) Aputure 120d II w/ Aputure dome diffuser (1) Godox SL150II (2) Godox SL60W (1) Aputure LS mini20d w/ multiple color gel options. (2) Neewer NL660 LED bi-color panel light. (1) Godox QS800II Studio Strobe Flash w/ remote trigger for Sony and Canon (1) Godox AD200 TTL Flash w/ remote trigger for Sony and Canon (1) Godox V860IIs TTL Flash w/ remote trigger for Sony and Canon (3) Shure SM7B microphone w/ cloud diffuser. (2) Sennheiser Wireless Lav Mic (1) Rode NTG4 Mic (1) Rode VideoMic Pro Photo Backdrops Available: White Black Dark Gray Light Gray Red Blue Lavendar Abstract Tan & Cream Abstract Green & Cream RULES The Authentic Exposure Studio Protocol & Etiquette If your rental is during regular business hours (M-F, 8-6pm) and you are playing music, the volume MUST maintain a low level. There are other tenants in the building that CAN NOT be disturbed. If I receive any complaints this will result in immediate termination of the rental without a refund. I can’t stress this enough. I want you to have fun, create and enjoy the studio but not at the expense of other tenants. Thank You! The bathrooms are located in the lobby and can only be accessed by exiting back outside the studio and walking around to the front of the building. The front lobby is not part of my studio so please DO NOT hang out or have clients meet there. All guests are to be directed to the side studio entrance. All the equipment is expensive, please be mindful and very cautious when using it. If I or my assistant are here, I would prefer we help you with any necessary adjustments. You are welcome to any sparkling water in the refrigerator located in the changing room. Food and drinks are allowed but please clean up after yourselves. No Smoking | No Animals | No excessive Alcohol | No Glitter or Confetti | No Parties
View Location
View all locations

What is the price range for Photo Shoot locations in Austin, TX?

The price differs based on the length of rental, but majorly 1-hour booking will be in the range of $75 to $150

Which Photo Shoot locations are most popular in Austin, TX in 2020?

One of the fastest-growing cities in the United States, Austin serves as the energized capital of Texas and beats to the quirky motto, “Keep Austin Weird.” It’s home to the flagship campus of the University of Texas and architectural landmarks such as the State Capitol building, as well as diverse neighborhoods where you can explore the city’s exciting culinary scene.

With its rich musical and artistic culture on display each year during the SXSW festival, Austin draws creatives in every field. Its diverse photo shoot locations, picturesque parks, and eclectic venues make it an ideal place to hold a photo shoot, no matter the style or target audience.

Once you’ve settled on your photo shoot locations in Austin, it’s time to secure the services of some of the city’s professional vendors to make your event happen.

Need help getting your photo shoot off the ground? One of Austin’s experienced event planning companies can handle all of the logistics, so that you can focus on the artistic side.

Pros and Cons of Photo Shoots in Austin

There are plenty of advantages to finding photo shoot locations in Austin, including the city’s vibrant arts scene and its sunny weather. But with scorching summer temperatures and notorious traffic, there are a few drawbacks to keep in mind.