How to rent Concert venues in Austin, TX
Find the right venue for your next Concert. Browse a wide variety of local Concert venues through out Austin, TX and book your venue in minutes on Giggster. 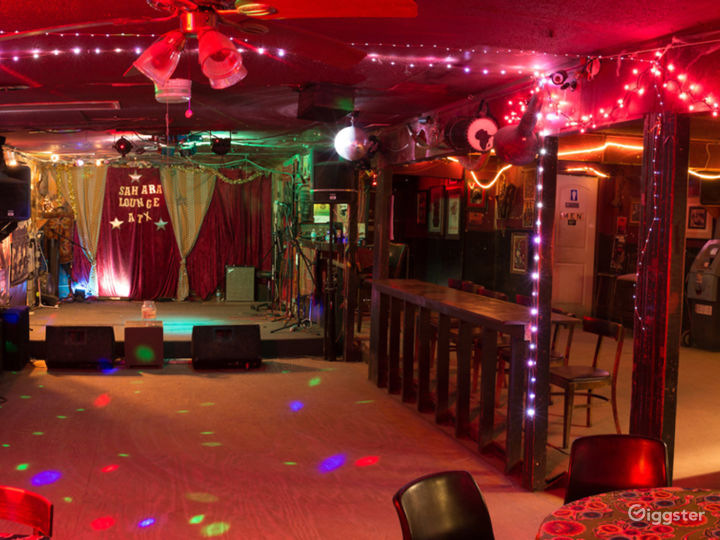 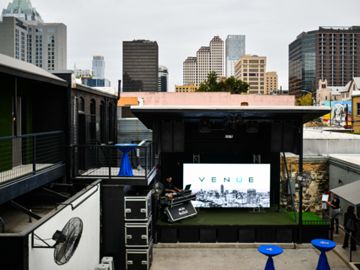 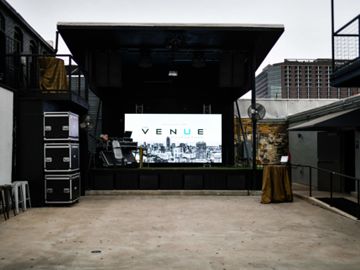 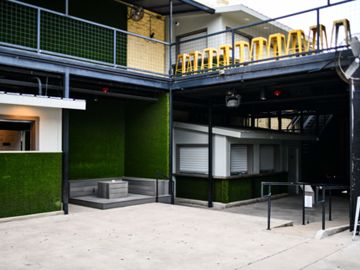 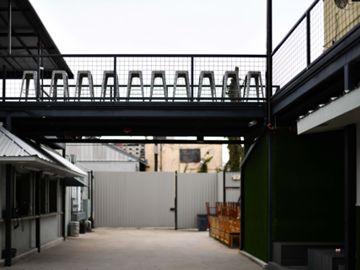 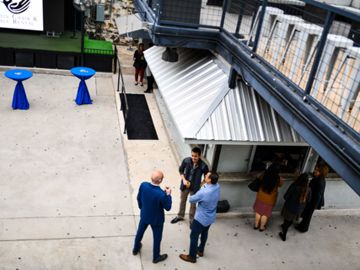 From $1500/hr
Historic 6th Street Live Music Venue
Austin, TX
The Venue is located on historic 6th street in downtown Austin has a clean non-descriptive look with the following amenities to allow for any type of event from conferences, fashion shows and last but not least, Live Music! Events require a bar minimum. Custom rates are available for multi-day production/event. Virtual tour: http://www.omniception.com/vt/p20181115TheVenue/p20181115TheVenue.html Full-size stage with sound and dedicated sound booth to meet the need for any band. High-End Systems shapeshifter lighting with 42 moving heads that impressively cover the entire stage and dance floor. Eight screens including a 12 ft projector all looped together for any visual presentation needs. Dual entry points can easily separate VIP and GA areas. Three separate full functioning bars. Restrooms on both levels. Multiple VIP areas. Easy access for Food truck inside the venue. Greenroom equipped with a kitchenette and full bathroom with shower. (1000 SQFT)
View Location 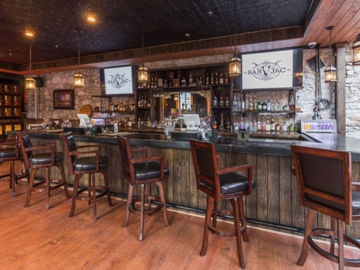 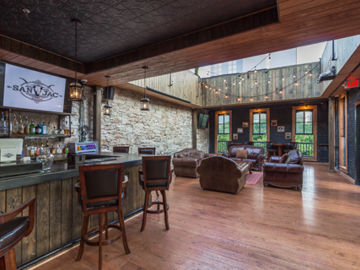 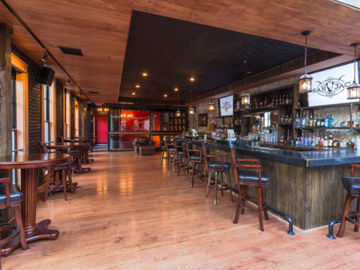 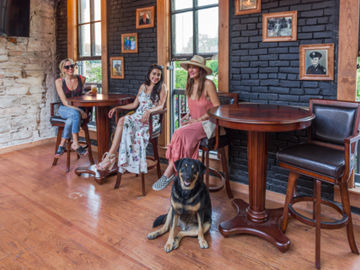 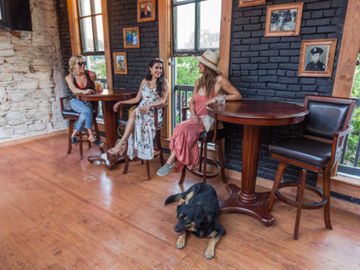 From $100/hr
San Jac Saloon: Live Country and Libations Nightly
Austin, TX
San Jac Saloon is inspired by Texas culture and heritage. The building that houses San Jac is part of the Austin Historical Society that focuses on maintaining the historical significance of Austin, and in particular 6th street, or Pecan street as it used to be known. While the entirety of the venue can be available for private events, our second floor is regularly available most nights of the week. We're happy to host corporate gatherings, customer appreciation parties, birthdays, and any other cause for celebration. A historical space, the venue is backed by the original stone from 1875. Featuring a large retractable roof, leather lounging couches, and balcony windows overlooking 6th street. Our second floor alone can accommodate a maximum of 150 people across our 2,000 square feet of open space. The space is equipped with multiple mirrorable displays, a large screen projector, house speakers, a Bose audio presentation stack, high speed Internet, and a variety of other accouterments to satisfy any audio and visual needs. We are TABC licensed and offer a full bar, including fine whiskies and local craft beers. Our event space is accessible via a private side entrance, optionally through the downstairs saloon, and is handicap accessible via an elevator. We can support multiple configurations and have established relationships for catering, transportation, valet, and security. The space includes separate multi-person bathrooms for men and women. Feel free to contact us via events@sanjacsaloon.com for more information.
View Location 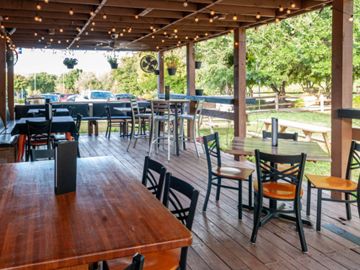 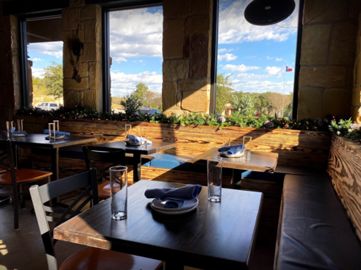 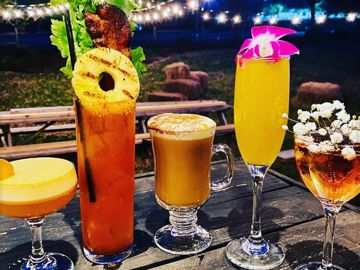 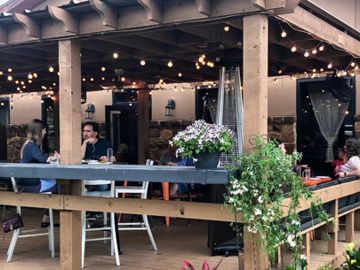 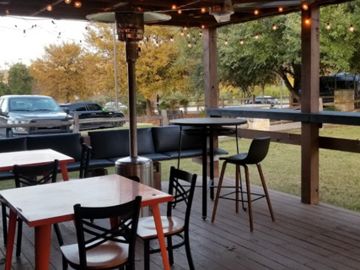 From $300/hr
Green and Flowery Front Patio
Austin, TX
Experience refreshing and relaxing dining and events celebrations together with your loved ones as you feel the green surroundings on our patio.
View Location
View all locations

What is the price range for Concert venues in Austin, TX?

The price differs based on the length of rental, but majorly 1-hour booking will be in the range of $100 to $1500

Which Concert venues are most popular in Austin, TX in 2020?

Serving as the capital of Texas, Austin lies where the Colorado River drains from the Edwards Plateau and is one of the fastest-growing cities in the United States. It’s home to the University of Texas flagship campus and Formula One's Circuit of the Americas, as well as the red-granite State Capitol building. Its diverse neighborhoods range from the Rainey Street Historic District with its early-20th-century bungalows to the food trucks and quirky cafes of South Congress.

Austin’s eccentricity and diversity are celebrated with its motto, “Keep Austin Weird,” and it’s considered the home of live music in the Lone Star State. It’s long been a hub for country, blues, and rock musicians to establish their name and now hosts internationally renowned music festivals that draw audiences from near and far. Austin’s live music reputation means it boasts an abundance of concert venues and experienced crew, as well as energized audiences looking for a good time.

Concert venues in Austin range from purpose-designed event spaces to leisure cruise boats, allowing you to host your performance in style.

From light-filled creative apartments to stunning cliff top homes, there’s a wide variety of residential spaces where you can host live concerts in Austin. You can find Victorian mansions or contemporary farmhouses, many of which offer outdoor spaces and fully-equipped kitchens for you to use.

Ever considered a water-based concert? You can rent a riverboat to cruise the waters of Lake Austin, with full-service meals also available. There are sweeping decks from where guests can enjoy the views as the luxury mansions roll by.

Purpose-designed for hosting live concerts and events, Austin’s event venues include both wellness spaces and old industrial warehouses. Some come as a blank canvas for you to create the performance space you’re after, while others are equipped with attractive decor, sound, and lighting equipment.

Austin’s studios are ideal for hosting intimate concerts without having to worry about carting in sound and audio gear. Aside from purpose-built production studios, you can also find beautiful dance studios with natural light pouring through the windows.

With its reputation as a live music hub, Austin has no shortage of bars and clubs that are equipped to host concerts. Most come with full-service bars and optional catering services, as well as all the licenses and permits you need.

Performance and Event Companies in Austin

If you need help finding your dream concert venue in Austin, the city’s experienced performance and event planning companies can help.

Specializing in not only weddings but also corporate and social events, this award-winning Austin event management company delivers events that are uniquely Austin, from refined and classic to edgy and eclectic.

With a focus on corporate, social, and non-profit clients, Kennedy Creative Events provides full-scale support from the initial idea to execution. They can assist with everything from finding a concert venue in Austin to arranging street closures to bring your concert vision to life.

Events Unleashed is a boutique event planning company that does everything from corporate events to social engagements. They can help with brainstorming and vision development, finding experienced vendors, and event day management services.

Pros and Cons of Concert Venues in Austin

Austin is arguably one of the best places in Texas to host a live music performance, but there are a few drawbacks to keep in mind.

Austin’s music scene is pulsing, to say the least, with world-renowned festivals taking place throughout the year and live music events almost every night of the week. This means you’ve already got engaged audiences at your fingertips and tourists looking to attend live concerts.

Austin’s increasing ethnic diversity is a “plus” when it comes to hosting cultural music events and concerts that might not always appeal to a more homogenous population.

Because of its exceptional live music scene, Austin has an abundance of concert venues that are equipped and ready to go, as well as more eclectic spaces for you to add your creative touch.

A buzzing live music scene means you’ve got experienced crew waiting in the wings, from sound engineers to stage managers and bar staff.

Austin experiences around 300 sunny days each year, with its favorable climate drawing many residents to the city and making it ideal for hosting outdoor concerts and festivals.

With the city’s rapidly increasing population and a heavy dependence on cars, traffic in Austin can be an issue. That being said, public transport infrastructure is improving in the city, with an extensive bus and light rail network.

Austin has a flourishing real estate market, which means that property prices are relatively high, and venue rentals may be more than if you looked elsewhere in Texas.

Texas gets incredibly hot in summer, and Austin is no exception. Hosting an outdoor event at the height of summer might not be the best idea, and air-conditioning is a “must” for indoor concerts.

There’s no denying it - the bugs and mosquitoes can be unbearable at times in Austin, which doesn’t always bear well for outdoor gigs.

With so many live music events taking place in Austin, you’ll have to get your marketing right to ensure you attract a crowd and can compete with other venues.

The Broken Spoke is an old-fashioned honky-tonk that’s been entertaining country music enthusiasts since 1964. The likes of Willie Nelson and Dolly Parton have appeared on its stage, and it hosts dance classes during the week.

With a statue of Willie Nelson out the front, The Moody Theater is famed for its live tapings of America’s longest-running television music series, “Austin City Limits.” Some of the industry’s biggest and best have performed in the 2,750-capacity venue, including the likes of Belle & Sebastian and ZZ Top.

This legendary concert venue in Austin is considered the home of the blues and has provided a setting for legends such as Buddy Guy, Stevie Ray Vaughan, and Eric Clapton. It’s recently moved to a new location on Fifth Street but continues to host live music throughout the week.