How to rent Party venues in Brooklyn, NY
Find the right venue for your next Party. Browse a wide variety of local Party venues through out Brooklyn, NY and book your venue in minutes on Giggster.

From $95/hr
Neat and Private Venue in Brooklyn
Brooklyn, NY
1
There's nothing quite like the feeling of a new, clean space. Our private studio in the heart of Prospect Lefferts Gardens offers just that.
View Location

From $353/hr
Elegant & Spacious Main Dining Room
Brooklyn, NY
1
Kitchen can accommodate large parties of up to 73 guests in our main dining room, or can be booked for up to 40 patrons in our outdoor terrace. $3000 / day (10 hours) - Monday - Wednesday $8000 / day (12 hours) - Thursday $10000 / day (12 hours) - Friday, Saturday, Sunday Once Stop Shop - event space and catering in one place! Get complimentary food with your rental. *Menu is to be discussed. Kitchen is the place where everyone gathers! We provide chef kitchen, full bar with creative mixologists and excellent team. The understated, yet elegant design approach creates a welcoming environment of a spacious place that is simultaneously pleasant and inspiring. Other restauranteurs train their people, we take ours to ballet. Full Bar Full Kitchen 2 Bathrooms Storefront We are looking forward to hear from you soon! Kind regards, Olga
View Location 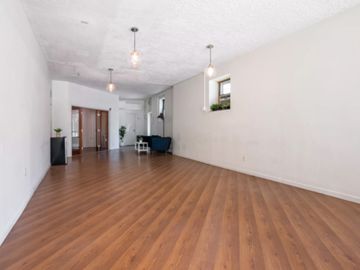 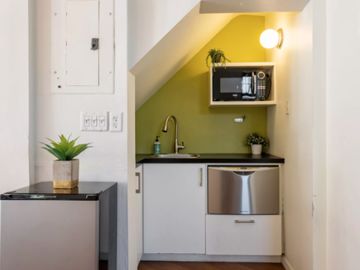 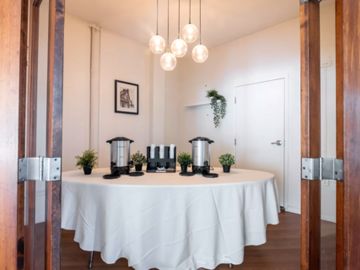 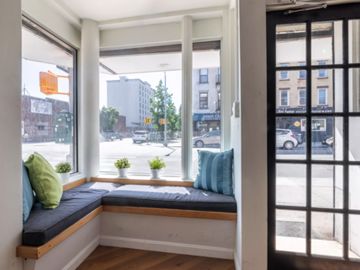 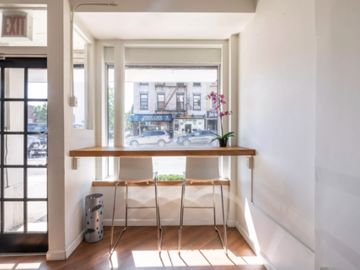 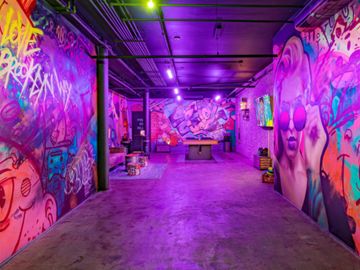 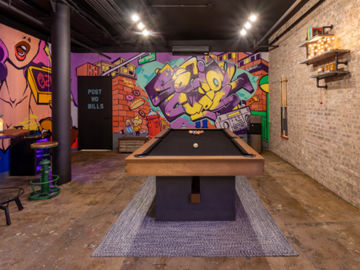 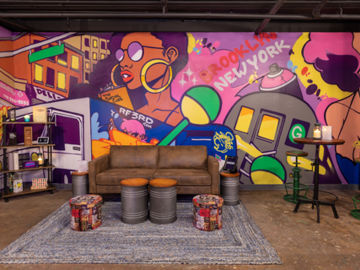 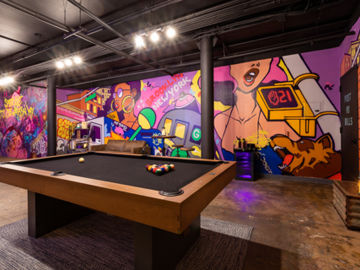 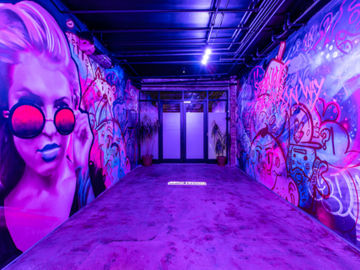 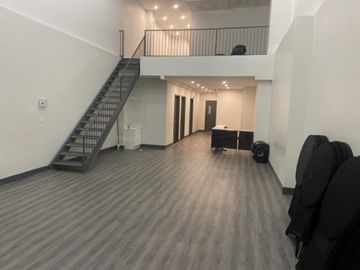 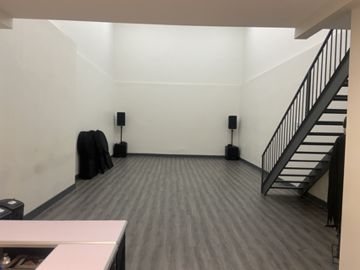 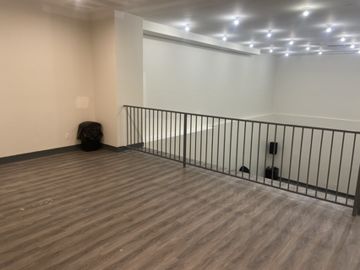 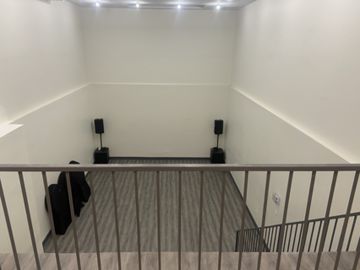 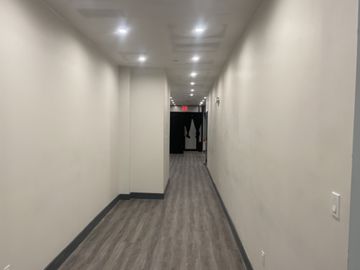 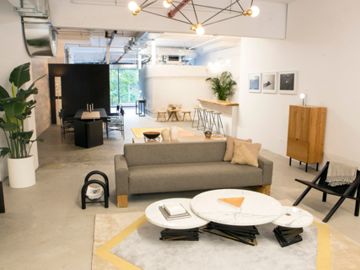 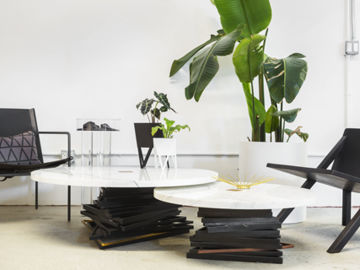 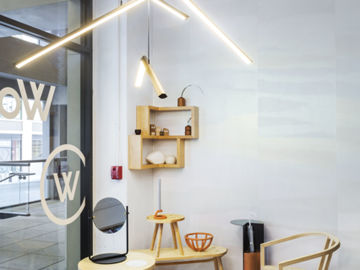 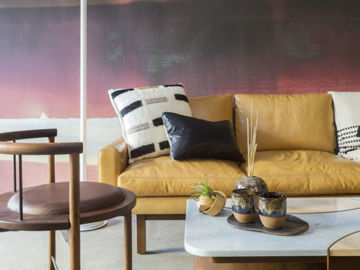 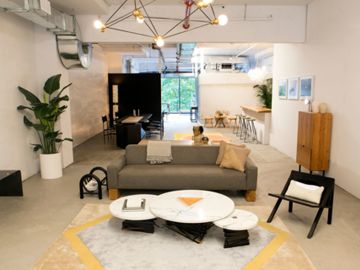 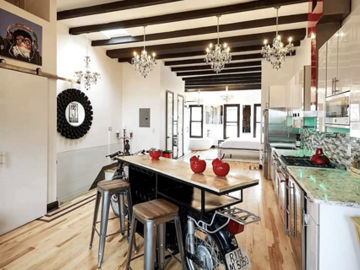 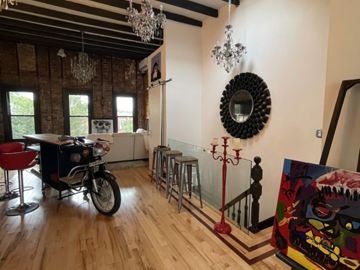 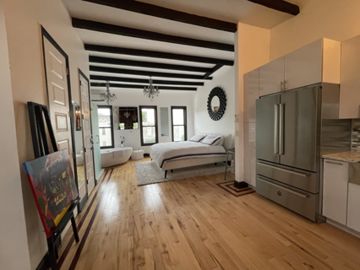 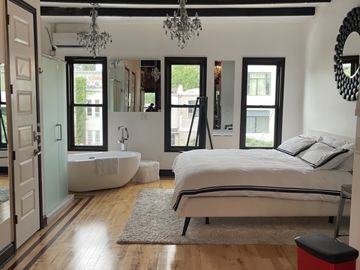 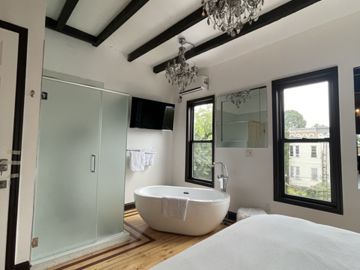 From $150/hr
Supreme Suite In Downtown Brooklyn
Brooklyn, NY
The Supreme Suite is a Downtown Brooklyn Penthouse with a trendy artistic design great for events, photoshoots, and stays. The space provides comfort, style games and more. Any event over 25 there is a additional fee of $150
View Location
View all locations

What is the price range for Party venues in Brooklyn, NY?

The price differs based on the length of rental, but majorly 1-hour booking will be in the range of $65 to $353

Which Party venues are most popular in Brooklyn, NY in 2021?

With an estimated population of a little more than 2.6 million residents, Brooklyn is New York’s most populated of New York City’s five boroughs ((alongside The Bronx, Queens, Manhattan, and Staten Island).

Brooklyn is known for its many dynamic neighborhoods with diverse ethnicities, nationalities, religions, and races. In fact, its dozens of distinct communities represent many of the major culturally-identified groups found in the United States, including Jewish Americans, Asian Americans, African Americans and Latin Americans, to mention a few. The New York City borough also boasts many historic and museums, brownstone row homes & the famous Coney Island amusement park.

With its many eclectic attractions and pleasant weather - a humid subtropical climate, with an average of 234 days of sunshine per year - Brooklyn is a fantastic location to host a party or other celebratory event. And with its many outstanding vendors, it may be the best place of all to host your next party.

Brooklyn is full of vendor services that can help you make your party a success. Whether you are hosting a big corporate party or a small, intimate affair, Brooklyn can be big enough or compact enough to make your party successful.

Pros and Cons of Having a Party in Brooklyn

Find a party venue nearby one of these famous Brooklyn destinations for a good time before or after your Brooklyn party!