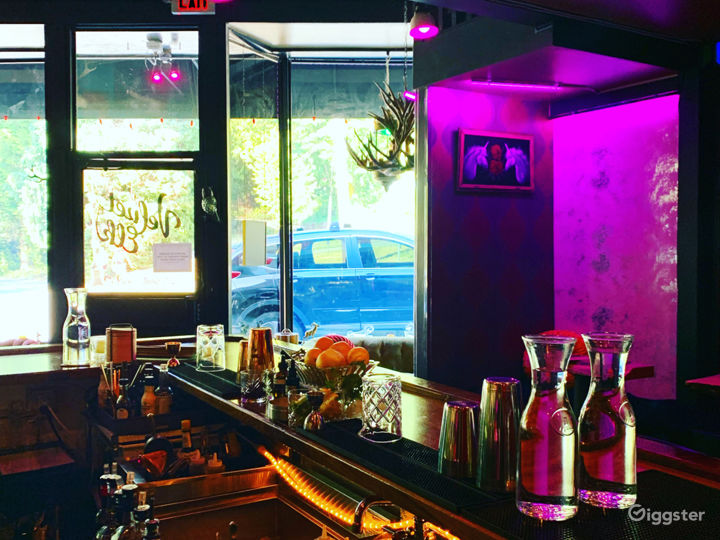 From $200/hr
Cocktail bar: Lush & colorful with vintage decor
Seattle, WA
We are a lush, cozy and romantic little craft cocktail bar that is unique in its eclectic vintage decor and intimate vibe. Downstairs is the main bar with lots of enticing corners to enjoy conversation with a friend or small group of friends. Upstairs is a spacious and otherworldly living room lounge, complete with board games, a typewriter, a zodiac vending machine, an acoustic guitar, and a movie projector that we use for themed movie nights. There is also a Polaroid camera and film available to document your visit!
View Location 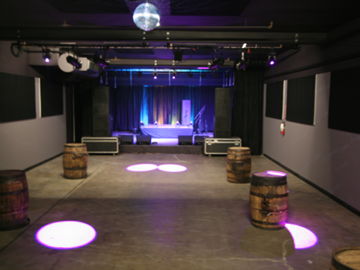 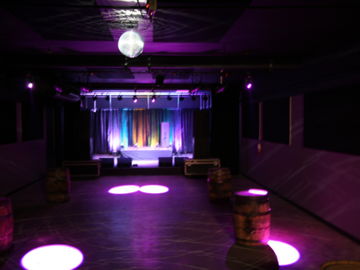 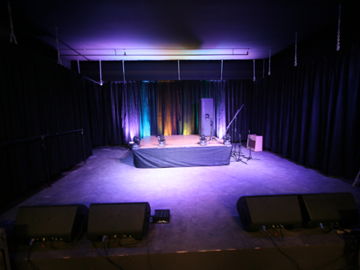 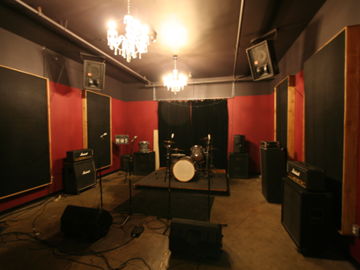 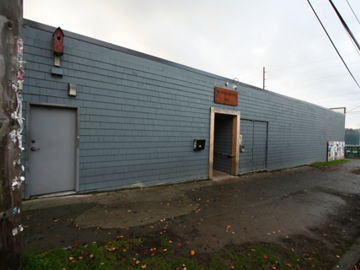 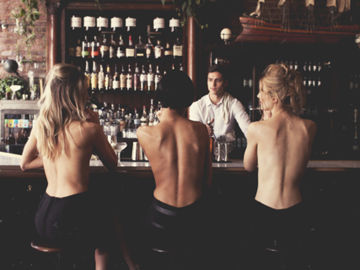 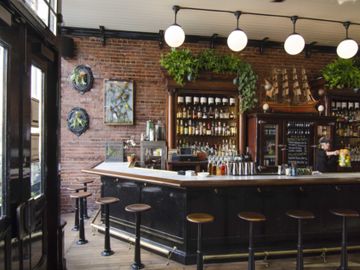 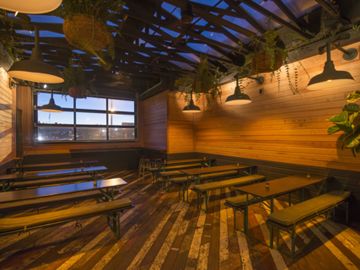 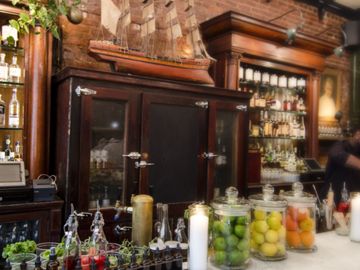 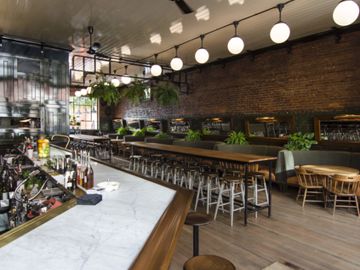 From $100/hr
Old Fashioned Bar with beautiful details!
Seattle, WA
Old Fashioned apothecary bar with lots of natural light. Brick walls, dark wood floors and a beautiful old bar. This place oozes with sophistication and charm. The bar combines traditional and contemporary elements into a design that allows customers to enjoy today’s comfort while tasting a bit of yesterday’s charm. The lighting creates an intimate atmosphere and enhances the nostalgic mood. The design and details are really captivating and exceptional. A great place to unwind indeed!
View Location 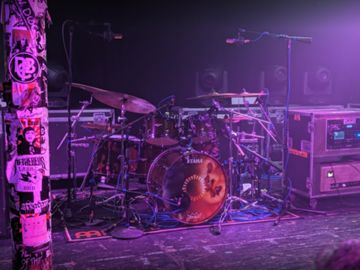 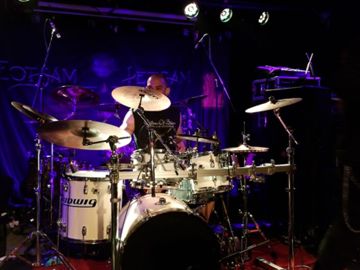 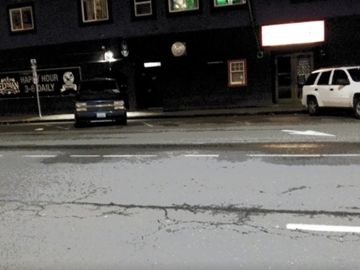 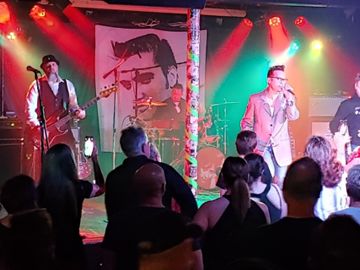 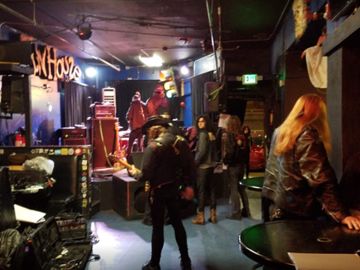 From $300/hr
Historic space in the heart of downtown Seattle
Seattle, WA
***Note: Please inquire with the host for custom pricing. The location is two live music venues in one building that has served as a music venue and/or dance hall since 1910. The building is located in the heart of downtown Seattle right off the main exit to downtown. The history oozes off the walls in this location - it served as ground zero of the 90's "grunge" music explosion ad was the site of Pearl Jam's first show. The space has a lot of flexibility - there are a series of curtains and moveable walls to tighten or expand the rooms and can host many different types of events.
View Location
View all locations

What is the price range for Concert venues in Seattle, WA?

The price differs based on the length of rental, but majorly 1-hour booking will be in the range of $57 to $350

Which Concert venues are most popular in Seattle, WA in 2021?

Perched on the edge of Puget Sound, Seattle has transformed from an industrial hub into a culturally energized and progressive city. It’s the largest city in Washington State, with a thriving tech industry, countless cafes, and ruggedly beautiful mountain landscapes right on its doorstep.

Seattle has long been associated with grunge and rock music, with names such as Jimi Hendrix and Kurt Cobain forging their careers in its gritty streets. Its electrifying live music scene continues today, with legendary venues that can claim associations with some of the world’s biggest artists.

With its rich legacy of rock and grunge music, Seattle has no shortage of concert venues for hosting live music events. Some are purpose-designed as performance venues, while others can easily be transformed into one with a bit of creativity.

From storybook Tudor mansions to light-filled modern lofts, Seattle’s diversity of architecture translates into myriad options when it comes to residential concert venues. You can find penthouse rooftop terraces for hosting outdoor concerts, as well as designer studios, which are ideal for intimate live music events.

Originally designed for film shoots, many of Seattle’s studios also make perfect venues for hosting solo or acoustic shows. You can find studios with stage lighting, DJ booths, and state-of-the-art sound equipment, as well as convenient extras such as kitchenettes and dressing rooms.

Seattle’s industrial past has left it with an abundance of warehouses, many of which have been converted into edgy event spaces. Some come as a blank canvas for you to add your creative touch, while others are purpose-designed for hosting events and concerts.

One of the most obvious choices for a concert venue in Seattle is its theaters, which are equipped with all the sound and lighting gear you need. You can find historical theaters that have been given a modern facelift, as well as newly built performance venues and studios.

With coffee shops and bars on every corner, your best bet for finding a concert venue in Seattle might be right under your nose. Among the advantages is not having to worry about licensing or catering, with many also equipped with sound and lighting gear.

With some of the world’s most famous musicians forging their careers in Seattle, the Emerald City is blessed with a thriving live music scene. Many of its smaller concert venues can boast a prominent role in launching internationally-renowned bands onto the global stage.

Born and raised in Seattle, Jimi Hendrix made several legendary performances in the city. In addition to playing at the Seattle Center Coliseum (renamed the KeyArena) in 1968, he performed his final Seattle gig at Sick’s Stadium on July 26, 1970, with the venue now transformed into a retail store.

Formed in nearby Aberdeen in 1987, Nirvana played many of its formative shows in the Seattle area. During their first two years, the band performed several times at the Central Tavern, as well as at The Underground, The Vogue, and the Moore Theatre.

In 2008, the Tractor Tavern hosted a show by the little-known band Mumford and Sons, who went on to headline large festivals and win a Brit Award for “Sigh No More.” In Seattle’s Ballard neighborhood, the venue has a reputation for showcasing emerging bands, particularly in the country, folk, and blues genres.

Pros and Cons of Having Concerts in Seattle

While it might not compete with Los Angeles or New York as an entertainment hub, there are a few distinct advantages to finding a concert venue in Seattle.

Seattle’s booming tech industry means that a significant percentage of the population has a disposable income to spend on live music and entertainment.

With their reputation for showcasing emerging bands who’ve gone on to make it big, Seattle’s venues are destinations in themselves.

Seattle’s efficient public transportation system makes it easy for audiences to get to and from gigs, as well as making them less likely to bail due to traffic and parking issues.

Whether you’re after sound engineers or stagehands, Seattle’s experienced behind-the-scenes crew members will ensure you can execute your concert with ease.

Seattle’s mountainous surroundings and proximity to the ocean mean that it never gets too hot or too cold, making it an ideal city for hosting concerts throughout the year.

Seattle’s daily crime rate is around two times the national average, which doesn’t always make it enticing for fans to go out after dark.

Seattle’s cost of living is 49% higher than the national average, which translates into more expensive venues and rental rates.

Due to the high demand for concert venues in Seattle, your first choice of date and time might not always be available.

When hosting some live music events, particularly outdoors, you will need to navigate the process of securing the appropriate permit(s).

With plenty of entertainment options in Seattle, you’ll be competing with other live music concerts and events to attract audiences.

Entertaining locals since 1939, the Showbox has hosted some of the music world’s biggest names, including Duke Ellington, Muddy Waters, and Pearl Jam. More recent shows featured Dave Matthews, Kanye West, and Coldplay, with the venue expanding from its Downtown venue into the industrial SoDo district where large-scale performances are held.

Nirvana, Green Day, and R.E.M. all performed at this historic bar, which played a significant role in Seattle’s grunge scene of the 1990s. In 2013, Rolling Stone ranked it as one of the best clubs in the United States, with a focus on indie pop and alternative acts. When you’re not watching the live bands on stage, you can feast on delicious pizza in the back bar.

With nearly 3,000 seats, the Paramount is a popular venue for large gigs, hosting everyone from Bob Marley and the Wailers to Madonna and Tenacious D. It’s been around since the 1920s when it opened as a silent film and vaudeville venue, with its beautifully preserved and opulent interior making it a destination in itself.