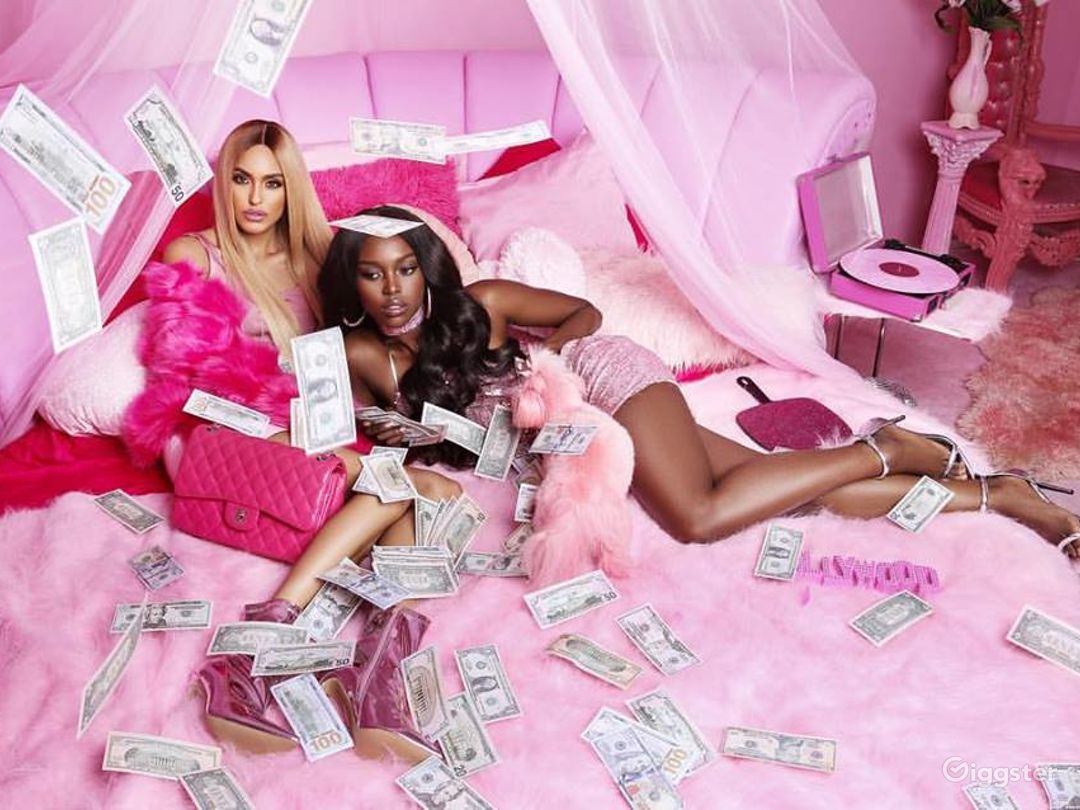 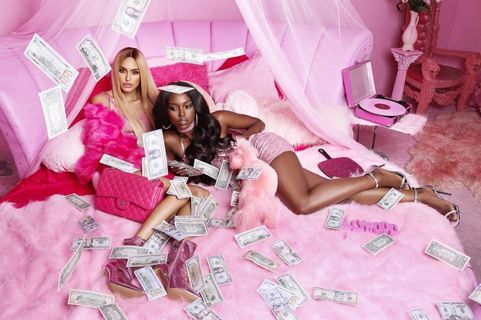 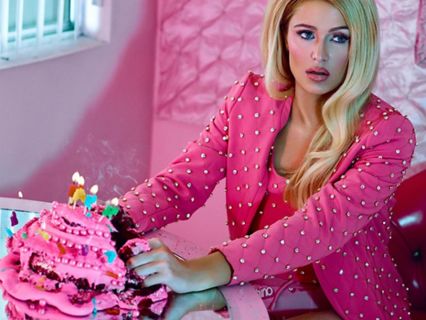 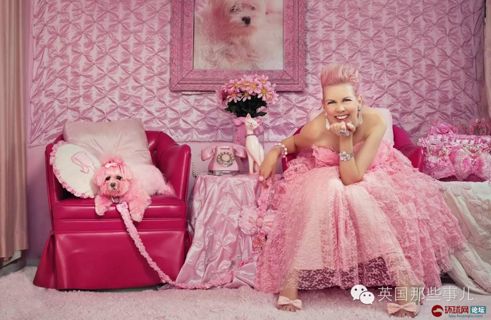 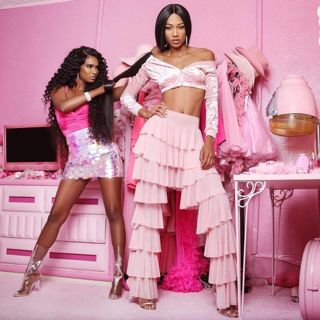 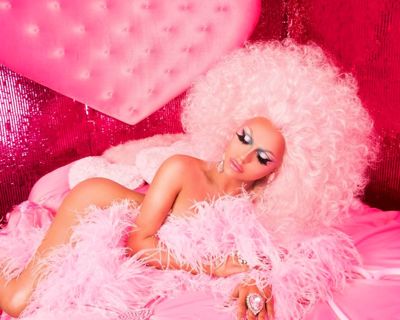 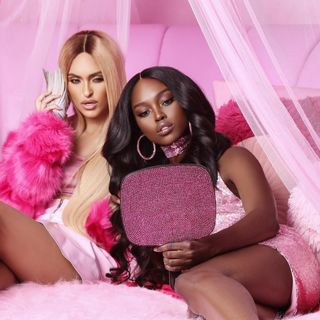 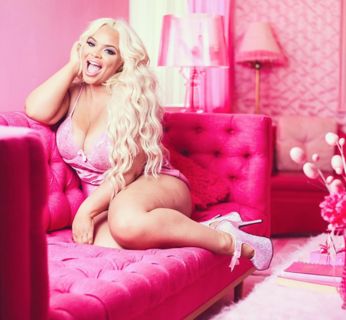 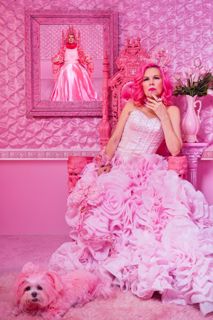 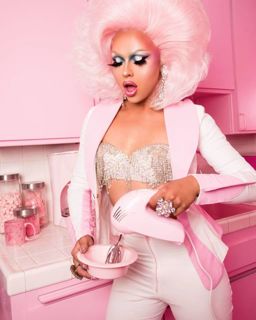 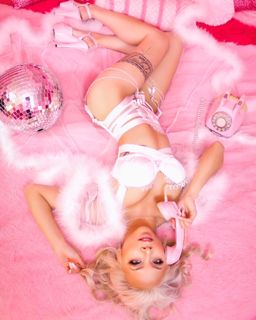 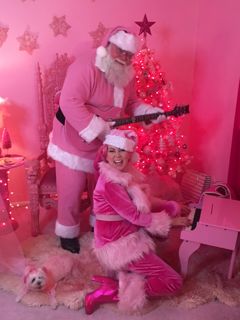 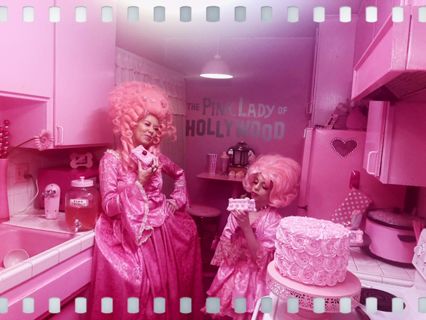 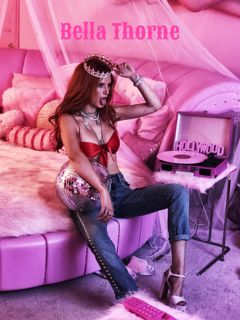 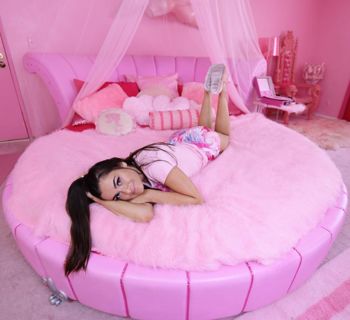 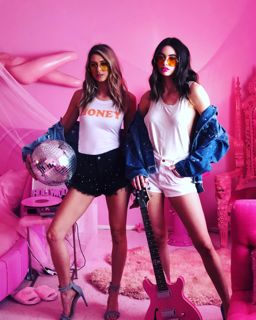 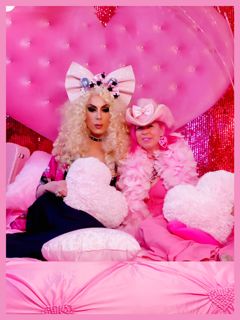 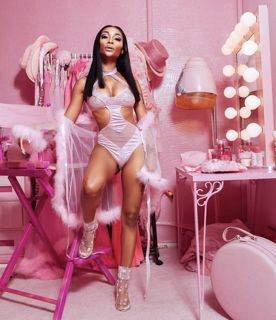 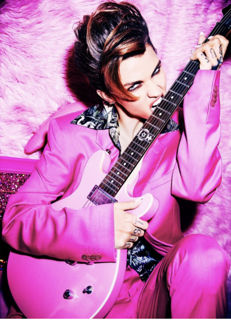 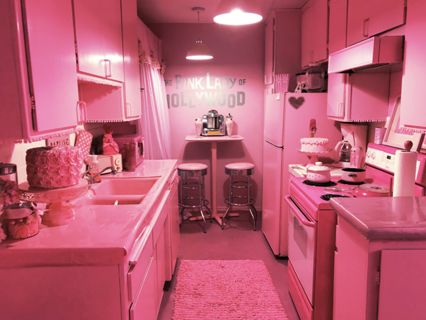 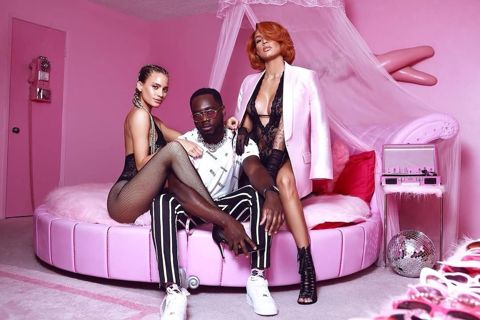 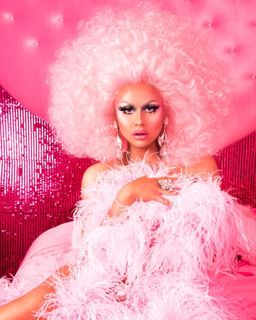 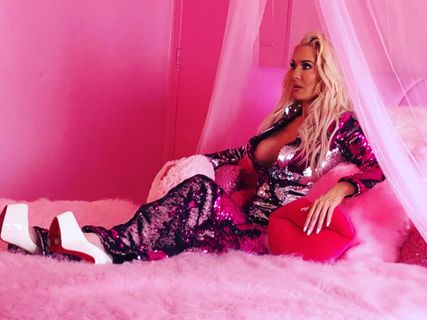 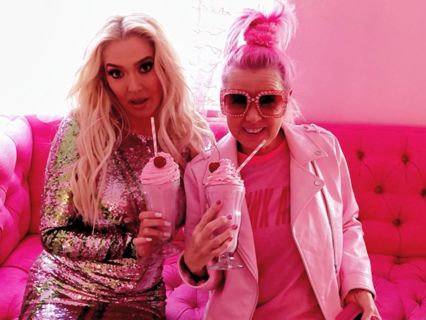 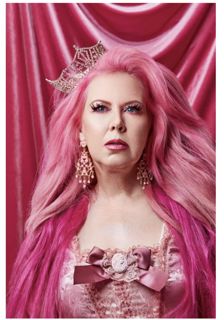 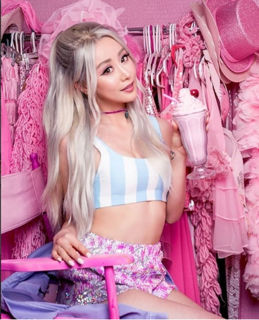 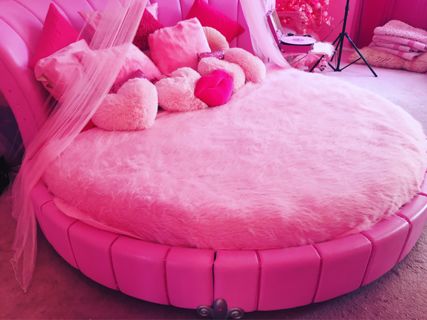 The Pink Palace
You have reached your weekly limit of 5 album downloads
We'd be happy to increase your limit, just contact our support team so we can get to know you a little more.
Request Higher Limit

6
West Hollywood, CA
Favorite
Share
BEFORE YOU BOOK .. WE ARE ONLY ALLOWING LOW IMPACT PHOTO SHOOTS WITH 5 PEOPLE OR LESS IN TOTAL PLEASE! (cast & crew) We are no longer allowing MUSIC VIDEO SHOOTS HERE. The Pink Palace is PURE PINK .. You will not find another location as pink or unique. Barbie would approve. We have had over 1,000 shoots here with MAJOR Celebrities and brands. The Owner is The Pinkest Person In The World. *The Pink Palace is also featured as one of the Most Amazing homes in the World on the new NETFLIX Docu~Series "Amazing Interiors"out right now, Episode #10 ( The Pink Palace) The Official Pink Palace has been used for photo shoots and films with Paris Hilton for Moschino, Ruby Rose, famed photographer ,Ellen Von Unwerth, Guns & Roses, Glamour Magazine , Maddie Ziegler, Carmen Electra, Farrah Moan from Rupauls Drag Race, Playboy, Pop Sugar Beauty, Vogue/ Conde Naste , Hello Kitty Brand , Kourtney Kardashian's new line PRETTY LITTLE THING, Runway Magazine, Maxim Magazine COVER, Recording Artist: The Game, Angel Brinks, Chanel West Coast, Draya Michele, Bella Thorne, Tess Holliday, Clermont Twins, Kat Graham, Erika Jayne, LOREN, Trisha Paytas, Brandon Rogers, Cloe Couture, Iris Covet Book, Designer Andrew Christian had his entire 2018 Calendar photographed here, I Wear Glam did an entire PINK FRIDAY Campaign here, Gee Gee Bae Campaign, Nasty Gal Clothing, Alaska Thunderf*ck filmed 4 episodes of her TV Show here, HUSH Makeup, Slink Jeans, Romance & Rebellion, Mini Maven Magazine, GQ Magazine, Penthouse Magazine Cover July 2017 Issue , Misguided Clothing , WOW Productions, Runway Magazine Cover, Lolettes Hair Bar, Kendras Boutique, People Mag Feb 2108 , New York Post did a video that went viral with 66 million views, and so many others have photographed here including myself on the pages of Harper's Bazaar Magazine & LA Weekly. Joybird Furniture filmed a National Commercial. Ally Bank filmed a National Commercial here. The Pink Palace's design style would be classified as MidCentury Kitch .. & Barbies Playhouse! There are also elements of Glamour in the Master Bedroom with a custom made tufted velvet PINK Heart Shaped headboard and Crystal buttons. Perfect for Valentines Day Shoots. The walls are all unique: one is lined with pink satin. One wall is all pink faux fur. One wall is pink sequin. Pick the look you want. The Pink Palace Official is aprox 540 square feet but it's a pink DOLL HOUSE! One of A Kind :) COTTON CANDY LAND CONFECTION! When I am in L.A I reside here & must be present for all shoots or have my Site Rep be present if I am not. The Pink Palace is ever changing and always Fabulous! We encouarge you to play with all of our PINK PROPS We just had our bathtub and our toilet and all of our sinks at The Official Pink Palace all professionally refurbished in PINK! The job was over 2k but you will NOT find another place in L.A. like this!

No loud noises
No pets
No smoking
No adult filming
No alcohol
No cooking
do not use any of the owners clothes , shoes or accessories (including sunglasses )
*Very Important : please note that your time booked includes your set up time as well as tear down time ( lighting , eq
we have a cap at 5 people (Giggster would not let me edit that amount)
Use of restroom(s) for a crew of 15 people or less is allowed

Brittany M.
a year ago
We had a great shoot here. If pink is what you are looking for this is the spot!

Andrea B.
2 years ago
Amazing BEAUTIFUL pink paradise! I LOVE Kitten, she is incredibly sweet and made us feel right at home. I will DEFINITELY shoot there again and recommend to ANYONE who loves all things pink.
Always communicate through Giggster
To protect your payment, never exchange money or communicate outside of the Giggster website. Learn More 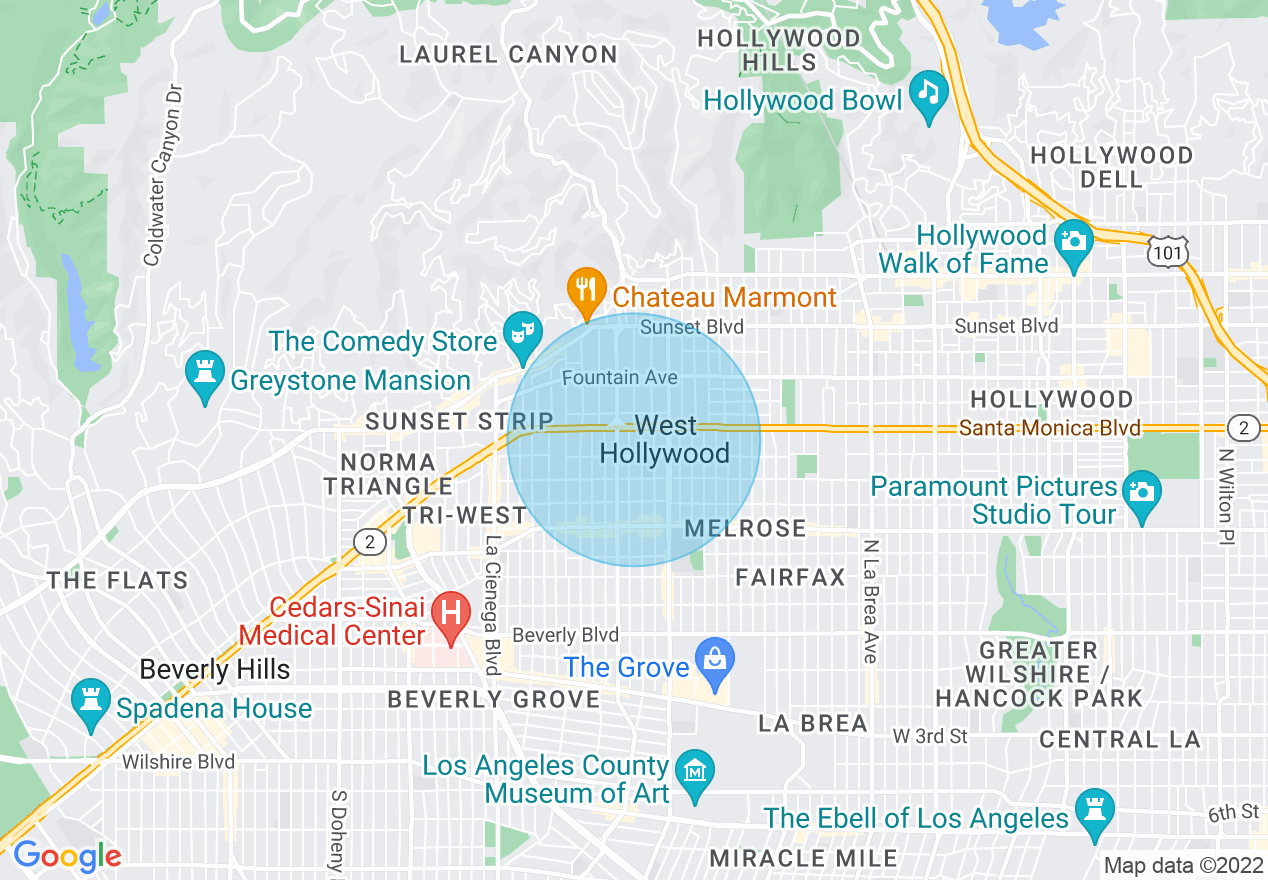 $225/hr 5 hr. minimum
Total hours: 0
Cast & Crew:
1 - 5 people $225
6 - 15 people $250
16 - 30 people ask host
31 - 45 people ask host
46 - 60 people ask host
60+ people ask host
Change the booking start to at least 24 hours later so that it is confirmed automatically. If you still want to schedule the booking less than 24 hours before it starts, it can only be sent as a booking request.
Cancel for free within 24 hours
All bookings adhere to Giggster's Grace Period policy which allows a full refund for bookings cancelled within 24 hours of confirmation with the exception of bookings that are confirmed within 48 hours of the start time.
Learn more
This helps us cover transaction fees and provide support for your booking.
Security deposit will be held 48 hours prior to your booking’s start date. If we are unable to authorize a hold, your booking may be subject to the terms of our cancellation policy.
Giggster takes a 15% commission that helps cover the costs of platform maintenance, development, marketing and 24/7 support. Commission percent is lower for bookings made under partner programs.
Kitten Kay S.
Response rating:
Excellent
Response time:
Within an hour