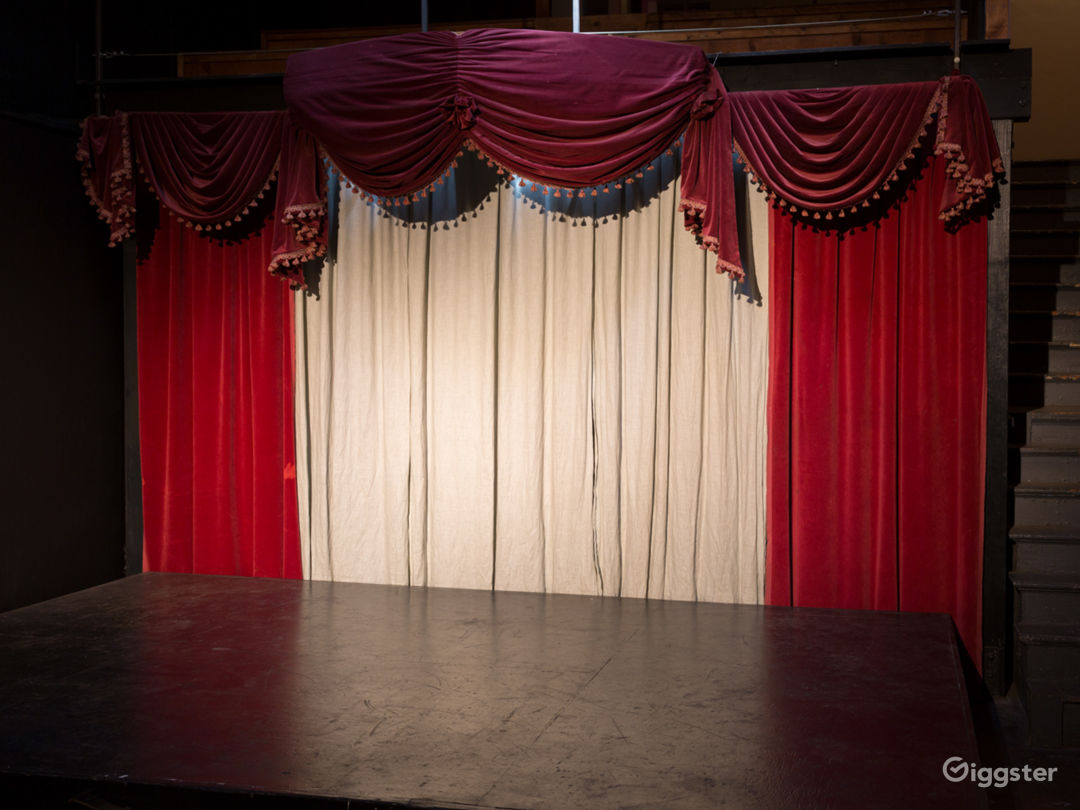 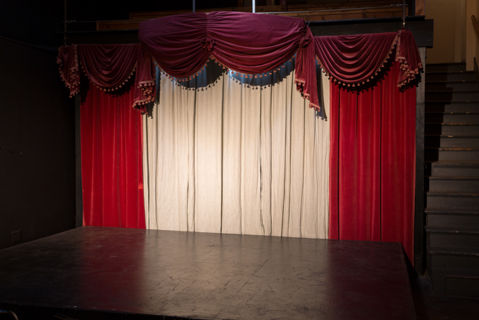 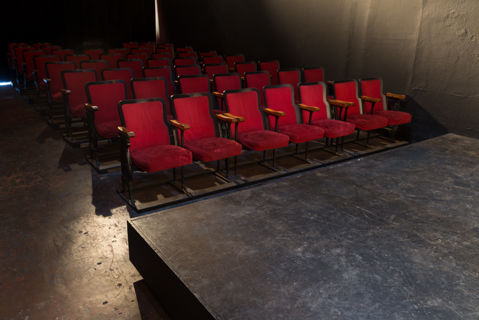 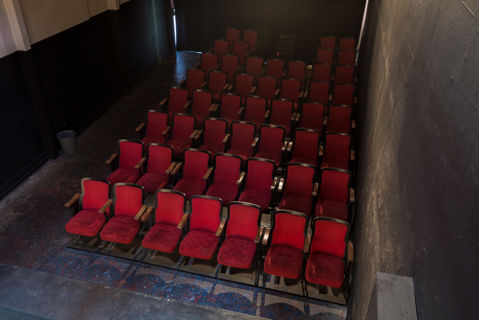 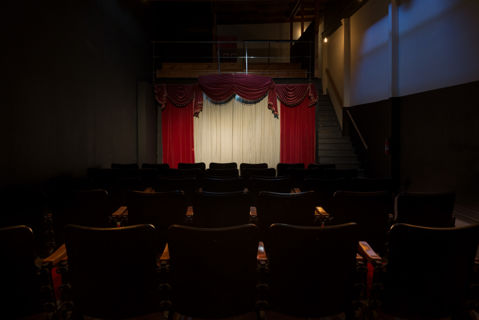 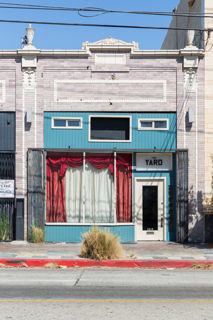 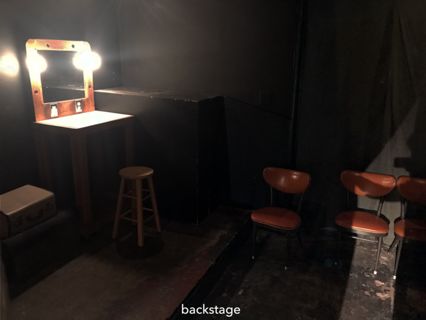 Historic and Evocative Black Box Theater
You have reached your weekly limit of 5 album downloads
We'd be happy to increase your limit, just contact our support team so we can get to know you a little more.
Request Higher Limit

Brian B.
4 months ago
This was a lovely little theater. Very charming. We used it for a photo shoot but I would love to do a show there.

Eliot E.
4 months ago
Truly a great experience. Brett was professional and accommodating and easy to work with. I really enjoyed this space and would highly recommend! Thank you to Brett and the great venue.

Renee P.
8 months ago
Very unique and interesting !! Gorgeous location
Always communicate through Giggster
To protect your payment, never exchange money or communicate outside of the Giggster website. Learn More. 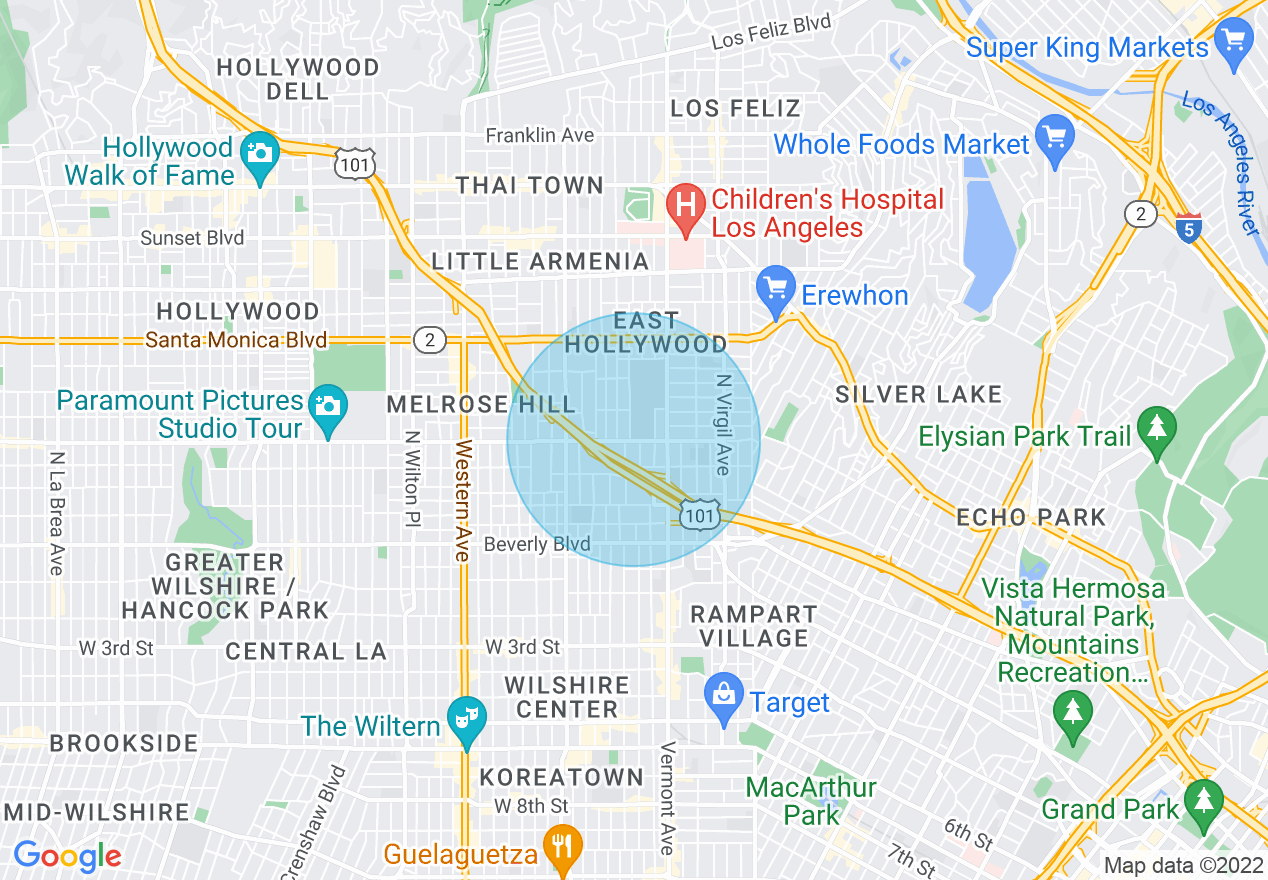 $110/hr 3 hr. minimum
Total hours: 0
Cast & Crew:
1 - 5 people $110
6 - 15 people $110
16 - 30 people $122
31 - 45 people $146
46 - 60 people $183
60+ people $256
Cancel for free within 24 hours
All bookings adhere to Giggster's Grace Period policy which allows a full refund for bookings cancelled within 24 hours of confirmation with the exception of bookings that are confirmed within 48 hours of the start time.
Learn more
This helps us cover transaction fees and provide support for your booking.
Security deposit will be held 48 hours prior to your booking’s start date. If we are unable to authorize a hold, your booking may be subject to the terms of our cancellation policy.
Giggster takes %!f(<nil>)% commission from your location fee only. We do not take commission on any additional fees.
The Yard T.
When you book with a Superhost you can trust that you will be getting a top notch experience. Learn more
Response rating:
Very good
Response time:
A few hours