Looking for a unique Video Studio space? Save money by booking directly with local hosts 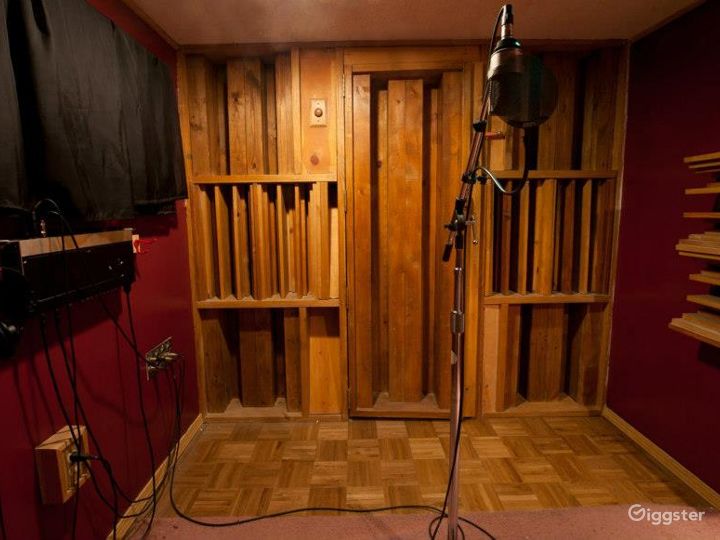 From $85/hr
Isolation Room for Voice Over
Houston, TX
Any production can be live streamed to FaceBook, YouTube or any other private stream of your choice. We offer free wifi to all our clients. Feel free to contact us for any questions you may have and set up a free tour, if interested in using out studio, please book on Giggster. We have the perfect setup and equipment for your next movie project, filming, or photoshoot needs.
View Location 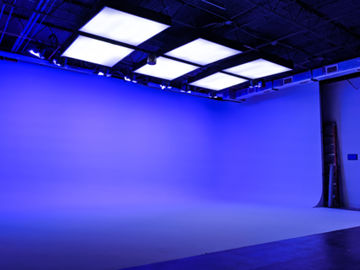 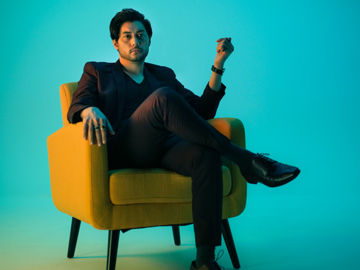 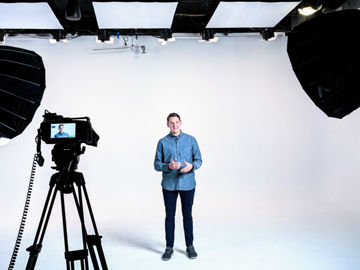 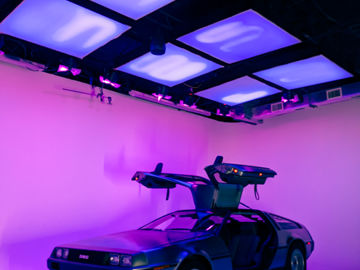 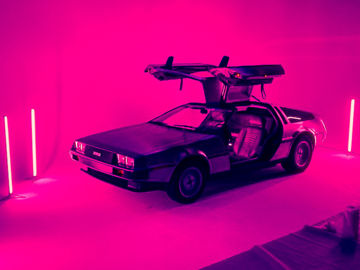 From $115/hr
Central Feature Filled Video and Photo Studio
Houston, TX
Our space is a extremely flexible photo/ video studio packed with features that any creative would want and need for their next project. The Primary studio is 1050sq ft of shooting space with 14ft ceilings. We have a 45ft three sided cyc wall that is pre lit with color mixing LED. Above the shooting space are 6x color mixing soft boxes that are ready to use. Additionally we have 6 permanently mounted girp head and arms and 120v distributed power above the floor making additional hung fixtures or grip equipment easy to install and use quickly. The Second studio / Flex Space is 15'x29'x14' equipped with RGB Downlights and a 30ft Faux white brick wall. Both spaces have built in bluetooth audio system, TVs, Grip Gear, prop couches chairs and furniture all ready to use. Our facility also has two private bathrooms, Kitchenette with fridge and coffee bar and 200Mb Dn 25 Mb Up high speed internet.
View Location 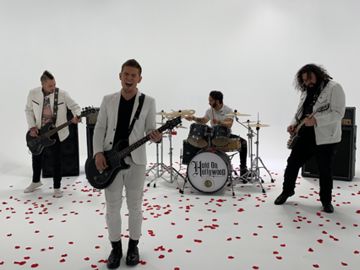 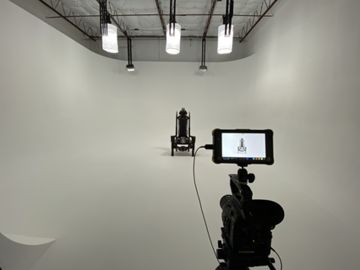 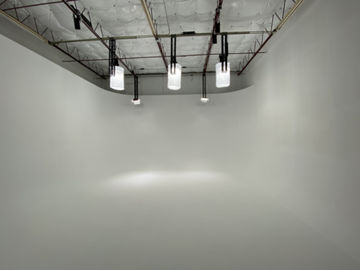 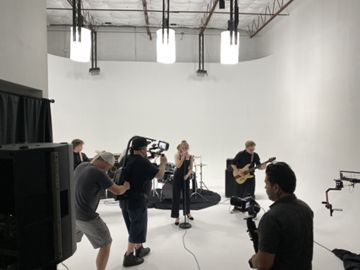 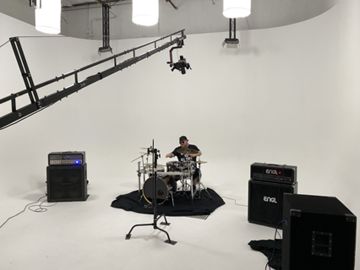 From $85/hr
Large, Spacious Video & Photo Studio
Houston, TX
1
New built out photo/film studio is a 2200 sqft studio equipped with a 25'x25' Cyclorama wall that can be converted to green screen upon request & a green room area for changing and makeup. We also have a large audio recording room as well as a isolation booth for voice over or any type of vocals. Our control room is equipped with the latest version of ProTools and all Adobe software. Any production can be live streamed to FaceBook, YouTube or any other private stream of your choice. We offer free wifi to all our clients. Feel free to contact us for any questions you may have and set up a free tour, if interested in using out studio, please book on Giggster. We have the perfect setup and equipment for your next movie project, filming, or photoshoot needs.
View Location 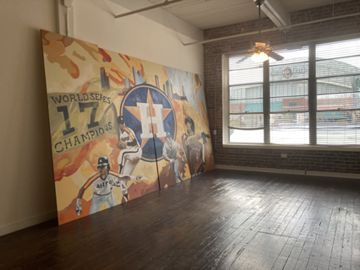 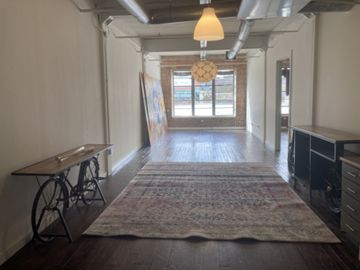 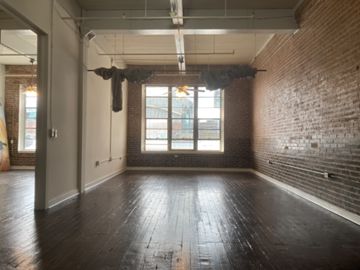 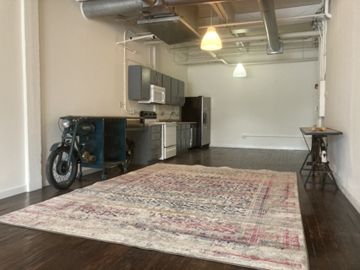 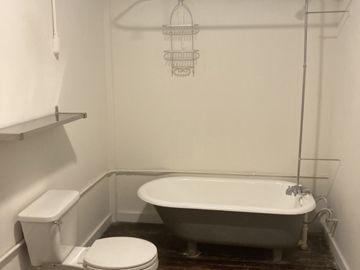 From $50/hr
Event/Venue Space | Hourly Loft Rental
Houston, TX
About this space Windows staring directly at Minute Maid Stadium, rich antique rustic wood floors with exposed beams & aged brick for a uniquely curated space. Massive metal windows shower in the light and visual splendor that is Minute Maid Park home of the Houston Astros! Space can accommodate up to 50 people. Located in the Iconic Historic Wagon Work, The Loft is the perfect place for: *Events *Video/Photo Shoots *Meetings *Classroom *Workshop *Baby Showers *Pop-Up *Bridal Shower *Launch Party The space Flexible space for work & play! Loft is 1600 Square Ft divided into two main areas with private kitchen, bathroom & storage/laundry room. Located on the 2nd floor of the building with access to a freight elevator. Space also includes a stand up refrigerator & freezer, Oven with 4 Burner stove, ample countertop space for food/meal preparation, also a back storage closet with a Washer & Dryer for lite laundry purposes. Other things to note Price includes first 4-hour event space, additional charge for added hours. Not meant for residential accommodations, there are no sleeping arrangements onsite. Commercial event space only We have a good amount of Astro's memorabilia including a one of a kind 8' x 15' long Mural of The 2017 Astros World Series Championship! -Available upon request
View Location
View all locations

What is the price range for Video Studio spaces in Houston, TX?

The price differs based on the length of rental, but majorly 1-hour booking will be in the range of $50 to $199

Which Video Studio spaces are most popular in Houston, TX in 2022?

Houston is a massive melting pot of culture, food, language and history. As the largest city in the massive Lone Star State it has a huge population that’s only growing due to its high employment rate, huge variety of entertainment and restaurants as well as that delightful Texan weather.

With so many companies, conglomerates and multinationals calling Houston home, there are plenty of video studios and creative spaces opening up in the city to help support the corporate interests here, as well as exploring their own creative roots in such a culturally diverse space. That’s why Houston is a great location to seek out video studio space.

When you’re trying to find a functional, aesthetically pleasing video studio space in Houston, there are a few things you’re going to want to consider.

If you’re looking to deck out your new video studio space in Houston, you might need a helping hand from the pros.

Pros and Cons of Video Studio Spaces in Houston

Although Houston is a great city, there are always downsides to consider with any location.