Sepia is an effect that has been around for a long time as a way to add a little bit of warmth to black and white photographs. It consists of a taupe-color tint added on top of a black and white photo to give it that distinctive sepia look. In the film era, this was accomplished with film tinting. In film, sepia is often achieved by processing the photograph with silver sulfide ferrocyanide. Nowadays we can reproduce the effect pretty easily using Photoshop.

The first thing I did to the image before fully getting started was to duplicate my background layer Cmd+J Ctrl+J, and then use the Clone Stamp Tool to remove that white bar on the right of the image.

Normally a sepia tone effect is achieved using a fully black and white image. Here I cheated a little and left a little bit of the color saturation in the image, because I though it worked well to leave a little bit in.

So I added a Hue/Saturation adjustment layer and lowered the saturation all the way down to -65: 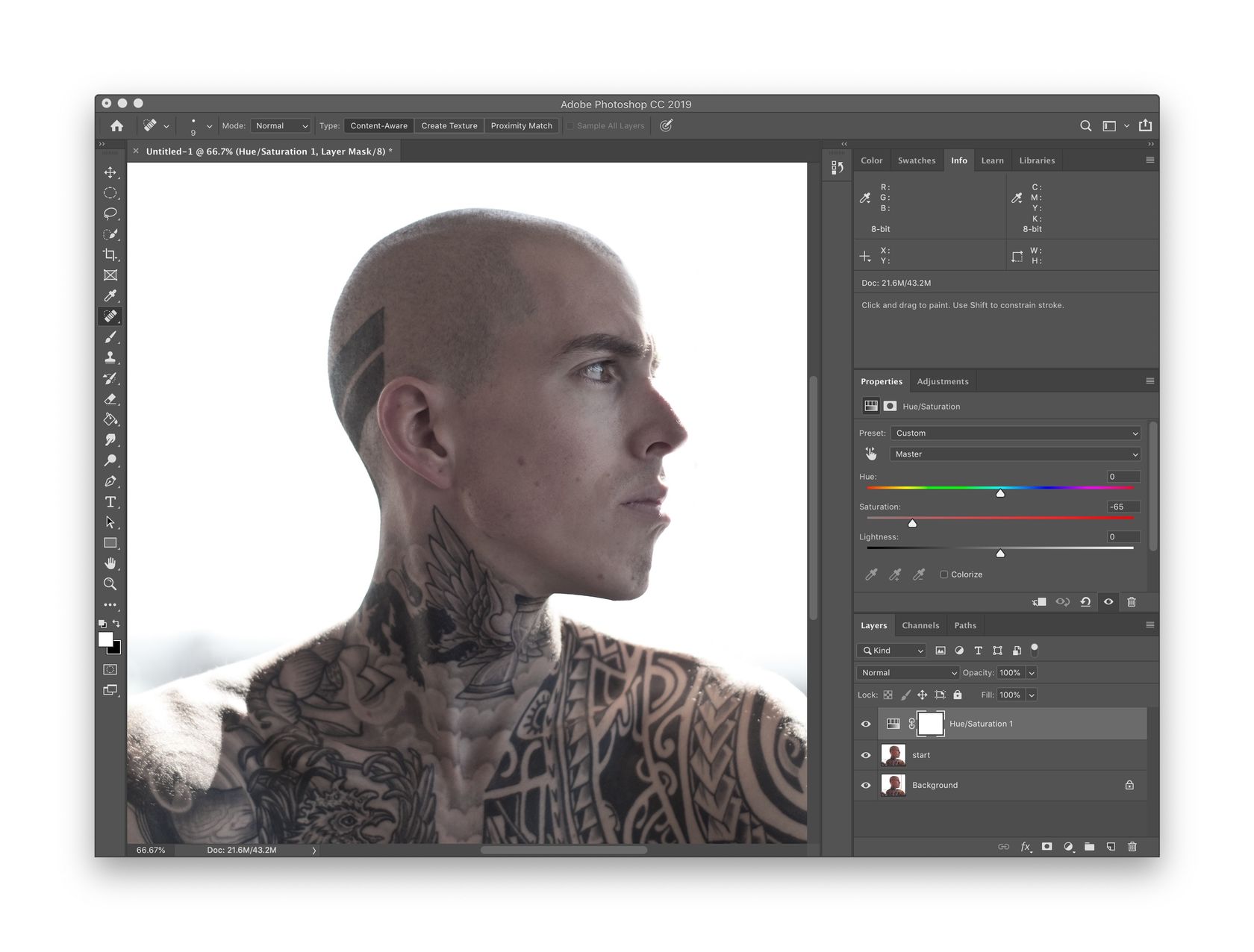 Next I added a curves adjustment layer with a slight S-curve to increase contrast by a little bit, while also tapering off blacks and whites a little. The reason for this tapering off is that the sepia tone color will only show through tones that are closer to gray on the saturation scale, so pure white or pure black wouldn’t let the sepia tone through. 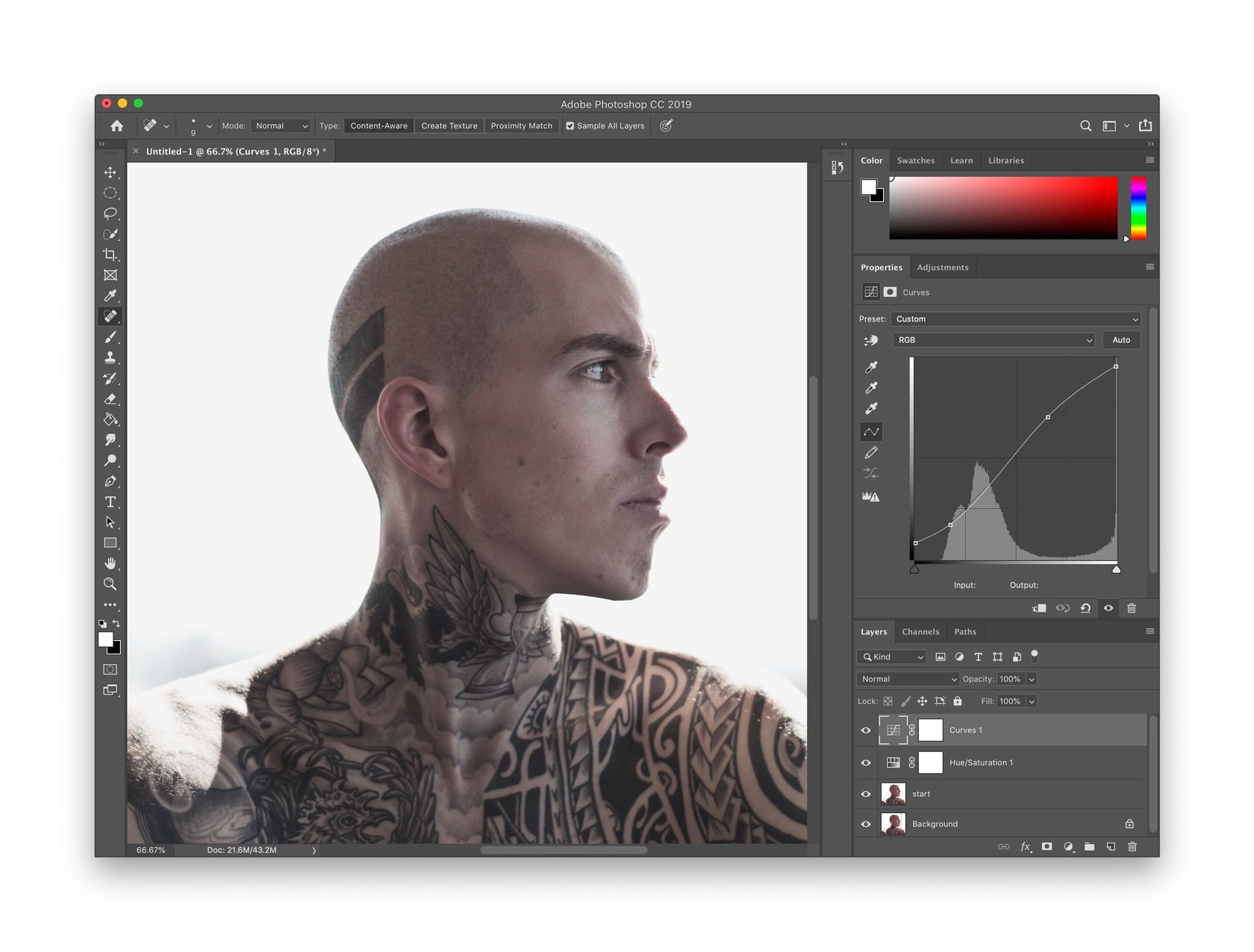 Now for the final and most important step, giving our image this taupe tint. For this I decided to use a Solid Color adjustment layer: 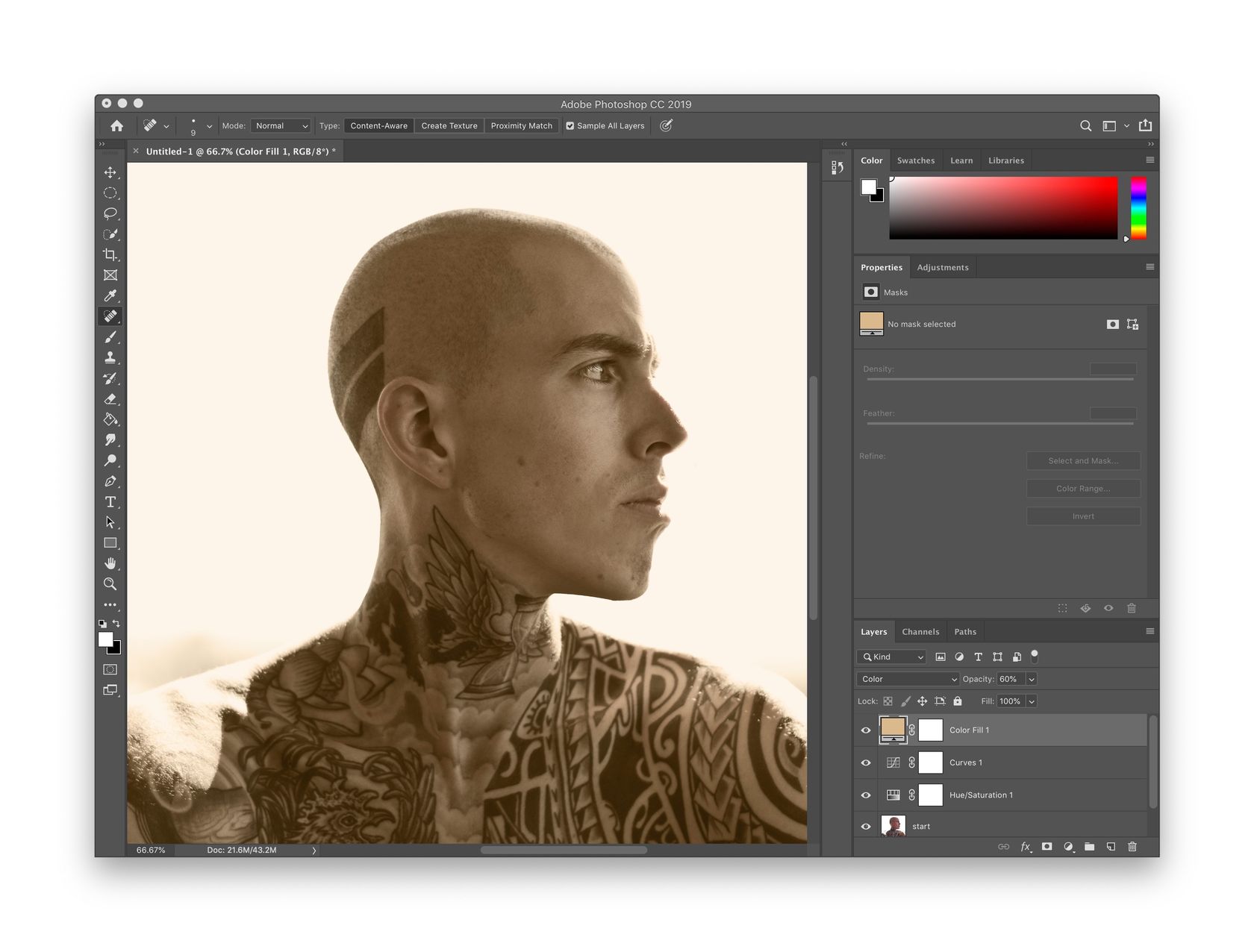 And that’s it! ✨ The only other thing I did to the image before exporting is add a little bit of sharpening using high pass.

A tip to improve your skin and color tone retouching in Photoshop by adding quick adjustment layers to bring out details that could otherwise be hard to see.

Color grading, aka color toning, is an important step for a polished final image. Learn how it can be done easily with nothing but 2 solid adjustment layers.