Photography is all about getting light to expose on a sensor, and then the sensor to translate the light information into an image. In order to bring the proper amount of light to the sensor, only 3 things are really at play: aperture, shutter speed and ISO. We call it the exposure triangle. That means that if you get a grasp on these 3 things, then you already know most of the technicalities involved with photography. Sounds promising? 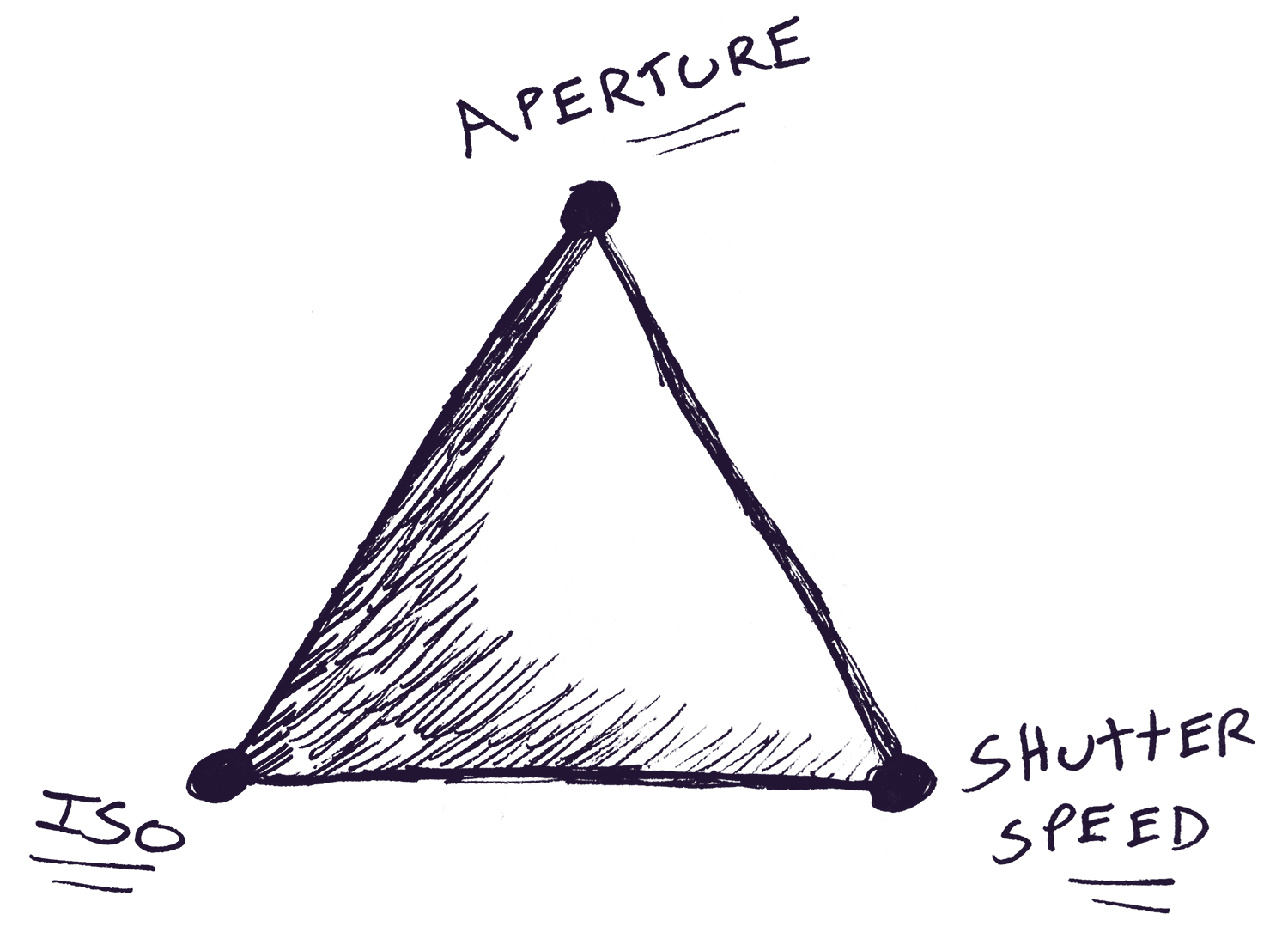 This is how opened or closed your lens is. Lens have little flaps that can open or close, similar to the pupils that shrink or grow. By controlling the opening of the lens, you control how much light enters to reach the sensor. On the camera, it’s often referred to as the f-stop, and the higher the f-stop value, the smaller is the aperture opening, it works in reverse.

Warning: If your aperture is too wide open (low f-stop value) you'll get more light in, but the depth of field will be extremely narrow, sometimes to the point of making it difficult to get enough of what you want in focus. With low f-stop values it's not uncommon, for example, to have one eye from your subject in focus while the other is blurry if your subject is at a slight angle.

When you take a picture, the shutter opens for a period of time (very short period of time in most cases). You control the speed of the shutter, therefore the amount of time that light gets to expose the sensor.

Warning: If your shutter speed is set to a very slow setting, you'll get more light in, but the subject risks being blurry in the final photo either because the subject itself is moving slightly or from you holding the camera and slightly moving/shaking. In practical terms, after a certain point when slowing down the shutter it becomes possible to take non-blurry shots at very slow shutter speeds only when the camera is stabilized on a tripod.

Warning: If your ISO is set too high, the sensor will be so sensitive to light that artifacts will start to form, which manifests as noise on your final pictures. Modern cameras have gotten better and better at handling hight ISO settings with minimal amounts of noise, but in practical terms you'll still want to choose the lowest ISO setting that's practical to shoot with depending on the condition in which you are shooting.

So in summary, to get the proper exposure for your photos, you want your shutter speed, aperture and ISO settings to work in concert. Each one of the settings has particular properties that make it a constant decision and play between the 3 values to arrive at what you want and to deal with different lighting environments.

Quickly visualize the difference between hue, saturation and lightness to better understand colors in Adobe Photoshop.