Hotels/Motels Cost to rent a location

How much does it cost to rent an abandoned hotel or motel for filming?

by Reagan Cook a year ago 5 min read

Hotels and motels are some of the most popular filming location categories in the industry, and usually when it comes to booking, the seedier the better! Fortunately, hotels and motels are readily available and offer comparatively low rental rates compared to other types of commercial locations such as warehouses, churches, and restaurants.

Here at Giggster  we don't book a huge amount of hotel themed shoots compared to common categories like houses and studios (hotel and motel bookings are less than 1% of all Giggster bookings). However, we still have a healthy enough sample size to give us a good picture of the average booking price for a hotel-themed rental.

These averages (based on a random sample of a dozen hotel and motel themed rentals) should give you an approximate idea of the rental price in a large US city. As noted above, there is a significant price variance between abandoned motels which start at $80 per hour, and fully functional hotels which require a variety of filming permits, have a slow approvals process and are very expensive (hourly rates at LA's Biltmore Hotel are over $1,000). 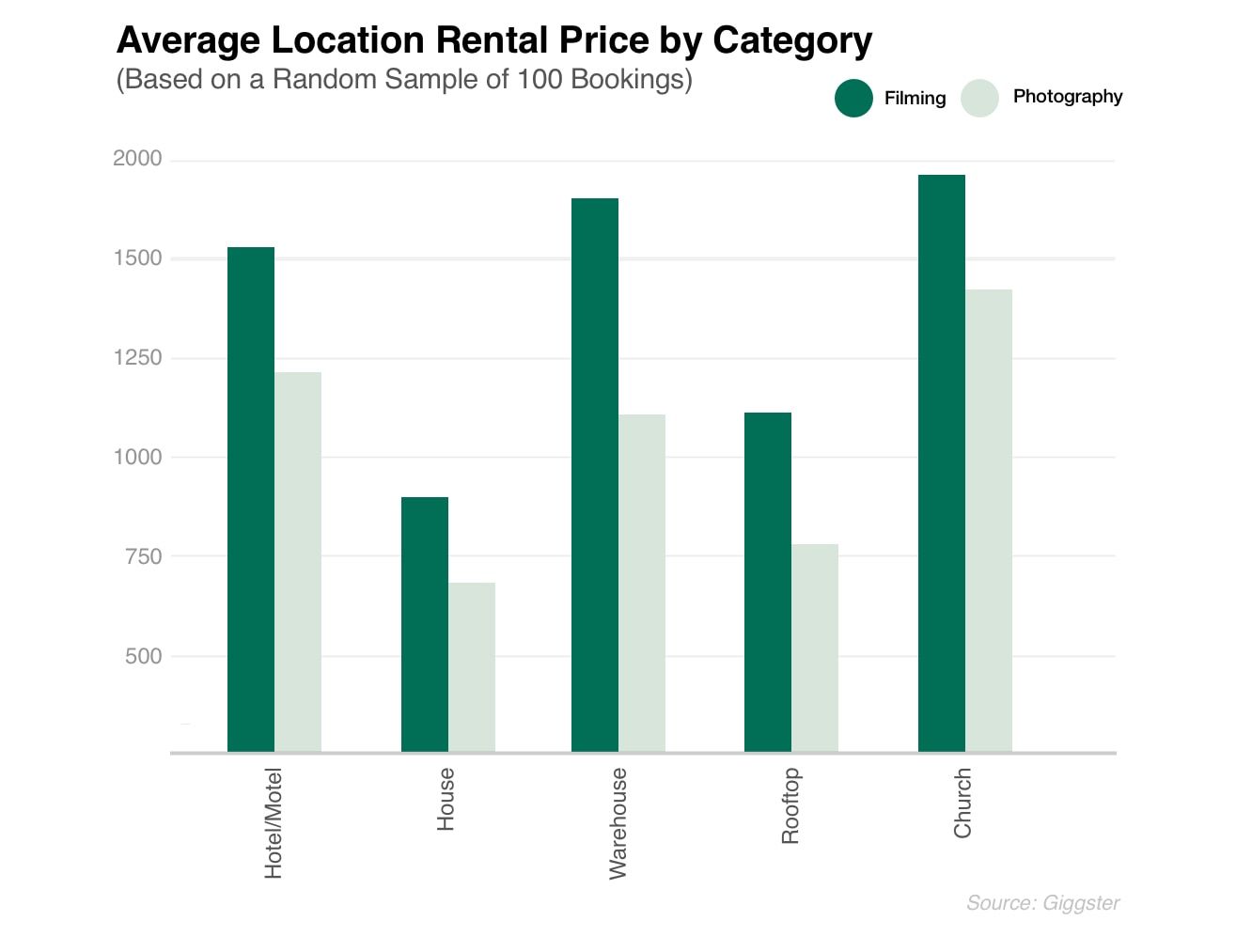 Because hotels are large, and so expensive it's most common to book a small area of the property (such as a lobby, rooftop or conference room). If you need access to rooms, hallways and the concierge, one of the best solutions is to book a "shell" of a hotel or motel.  Fortunately, in big film cities like Los Angeles, New York and Atlanta there are plenty of abandoned hotels and motel sets which are easy to book and readily available with a budget of around $1,500 per day.

There are currently 10 hotel locations in Los Angeles available for less than $100 per hour and 21 available in total. However, you should remember that these rates are all based on smaller crews, so if you're planning a large production or event with hundreds of people, you can expect to pay significantly more.

What type of hotel can I afford to rent for a day?

Here at Giggster, we’ve seen a lot of questions about how much a hotel or motel should cost - and generally speaking, it's very hard to offer a single rate you should expect to pay. Are you looking for a single room in a desert motel? Or are you going to need a variety of settings such as hallways, lobby, and pool?

To give you a better idea of what you can afford we've created a list of hotel options at 3 price tiers: 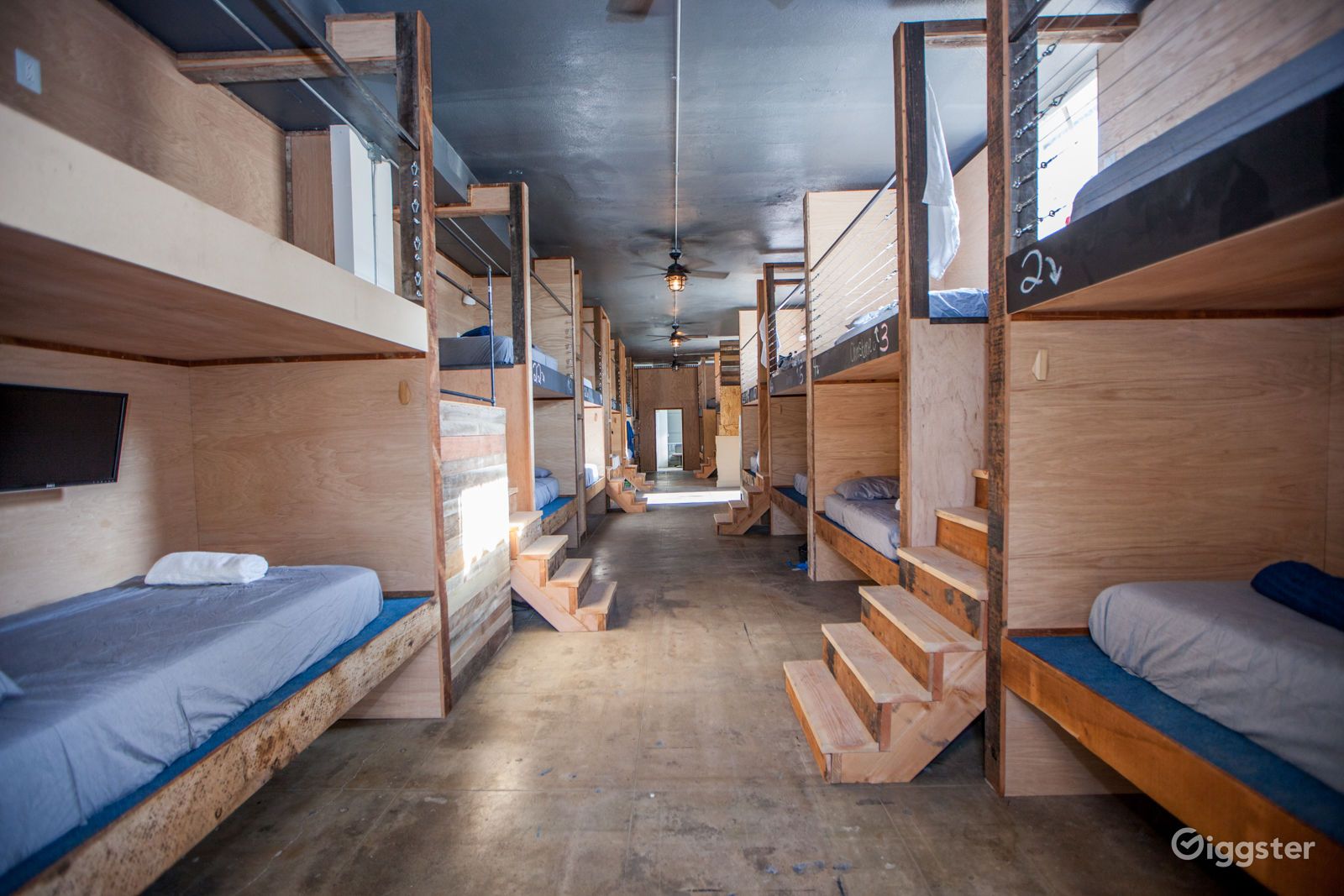 If you need to rent a motel for a day and don't have much to spend, hostels are a great options in both New York and LA as they're readily available, and many start at less than $100 per hour. The filming location pictured above (DTLA Podshare) is an amazing steal at a list price of only $60 per hour and only a 1 hour minimum. While it isn't fancy, it's very film-friendly; offering a great option for a dystopian vision of future urban living.

Rent this Los Angeles hostel location for $60 per hour 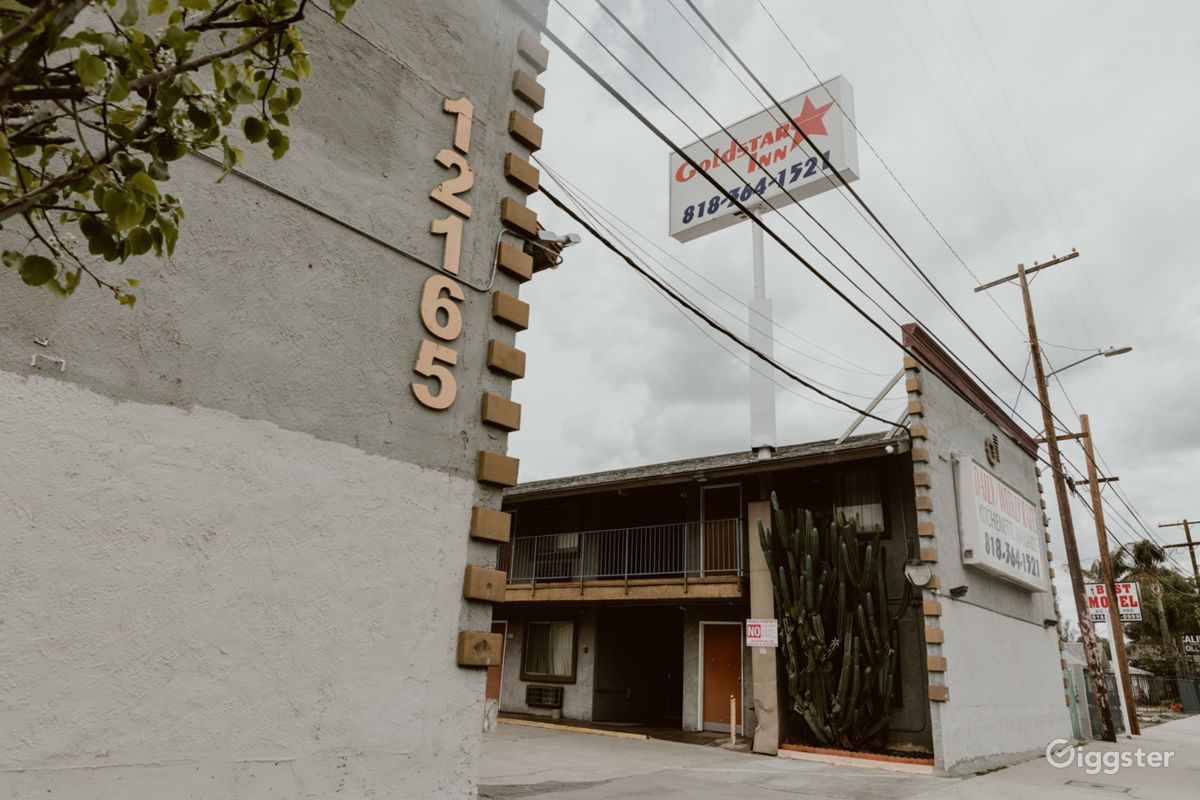 If a hostel or studio set isn't going to work and you need the real thing, you can expect to pay a bit more for the location rental (especially when you factor in the cost of permits and insurance). While the location above ( Seedy Filming Motel ) is a decently more expensive at $150 per hour, there are many features that provide additional value. With dozens of uniquely dilapidated rooms, a 1980s motel lobby and check-in counter it, and a great exterior facade it remains a great option for a wide variety of film and photo projects.

Rent this abandoned Los Angeles motel for $150 per hour 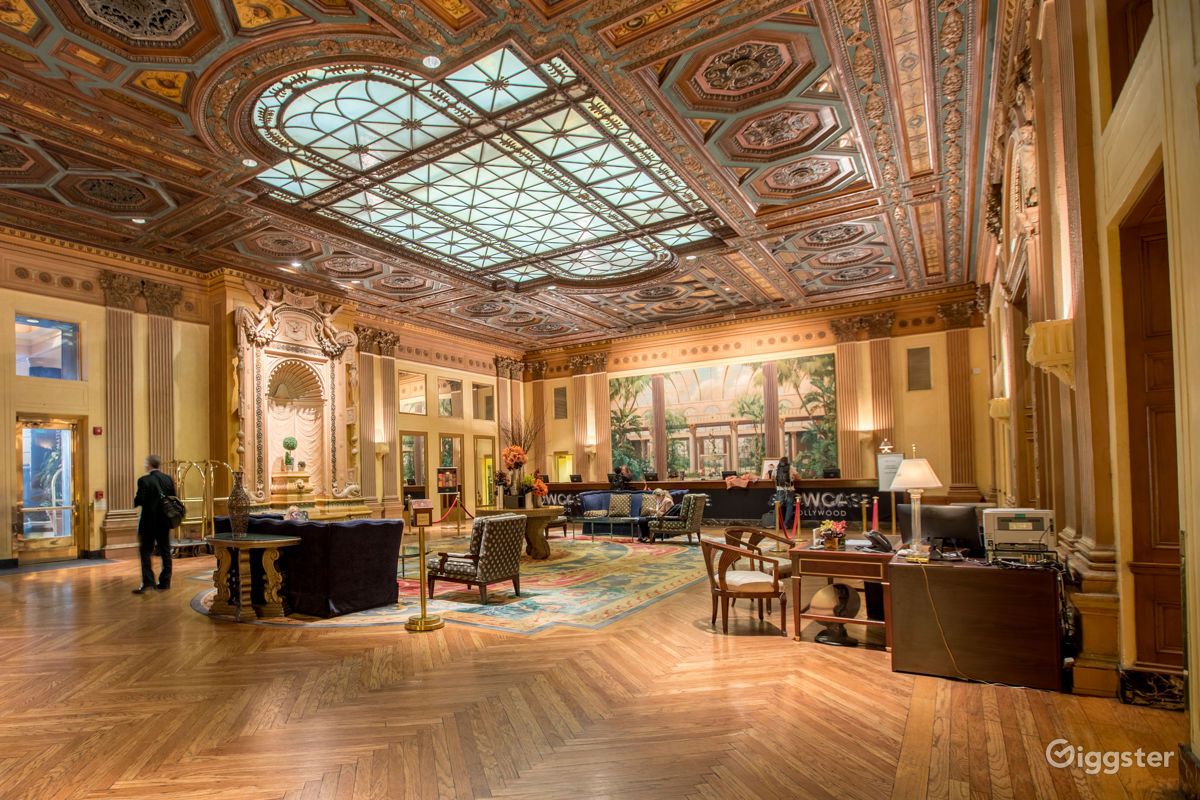 When it comes to hotels, the market above $150 per hour increases exponentially (as mentioned above large luxury hotels can cost as much as $10,000 per day)   However, sometimes a project will require this level of spend. If you need something worthy of a Great Gatsby party it's going to be expensive. The image shown above (1920's Era Hotel) is a solid choice at $1,140 with an 8 hour minimum. While it's a very steep price, since it's pretty much the only location of its kind on the market.

Rent this Los Angeles hotel location for $1,140 per hour

What percentage of my budget should be spent on a hotel rental?

Regardless of what type of hotel location you're interested in, it's usually a good idea to dedicate a significant amount of your total budget to the rental (we recommend at least 30%). Because they're relatively rare, locking down a abandoned hotel or motel can be a competitive process (so keep some flex in your budget so you're not outbid) While friends will work for free and equipment can be borrowed, hotel location rentals have rigid daily rates that you either pay for or lose out on. 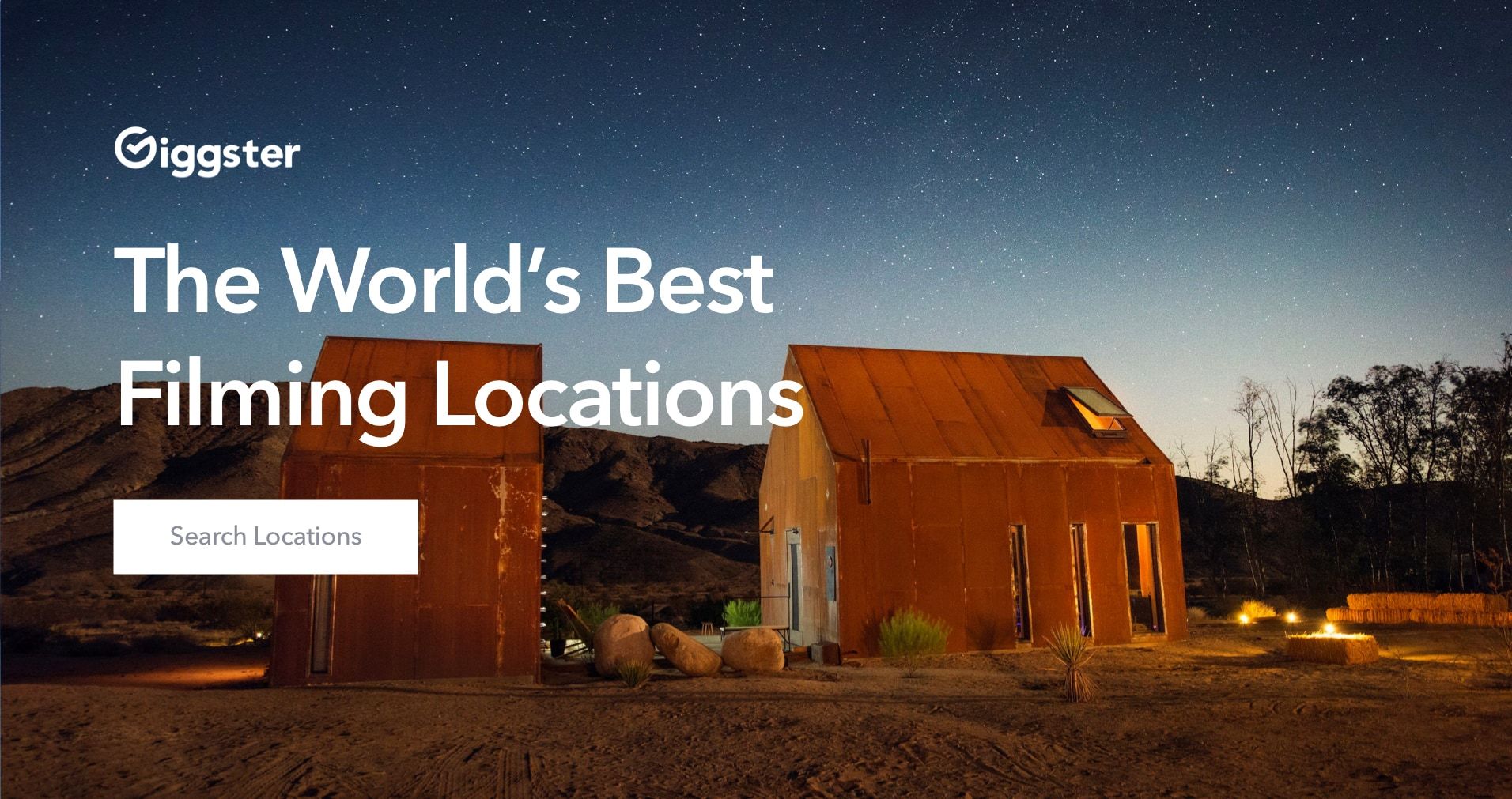 Where do I actually rent a hotel for a day?

Though booking hotel locations can be competitive, actually finding them and contacting the owners is incredibly easy thanks to Giggster. Our online platform connects you directly with hundreds of local property owners where you can start a new chat, sort out the details, and book directly and securely online.

Please enter at least 3 characters 0 Results for your search

May we suggest a tag?

May we suggest an author?