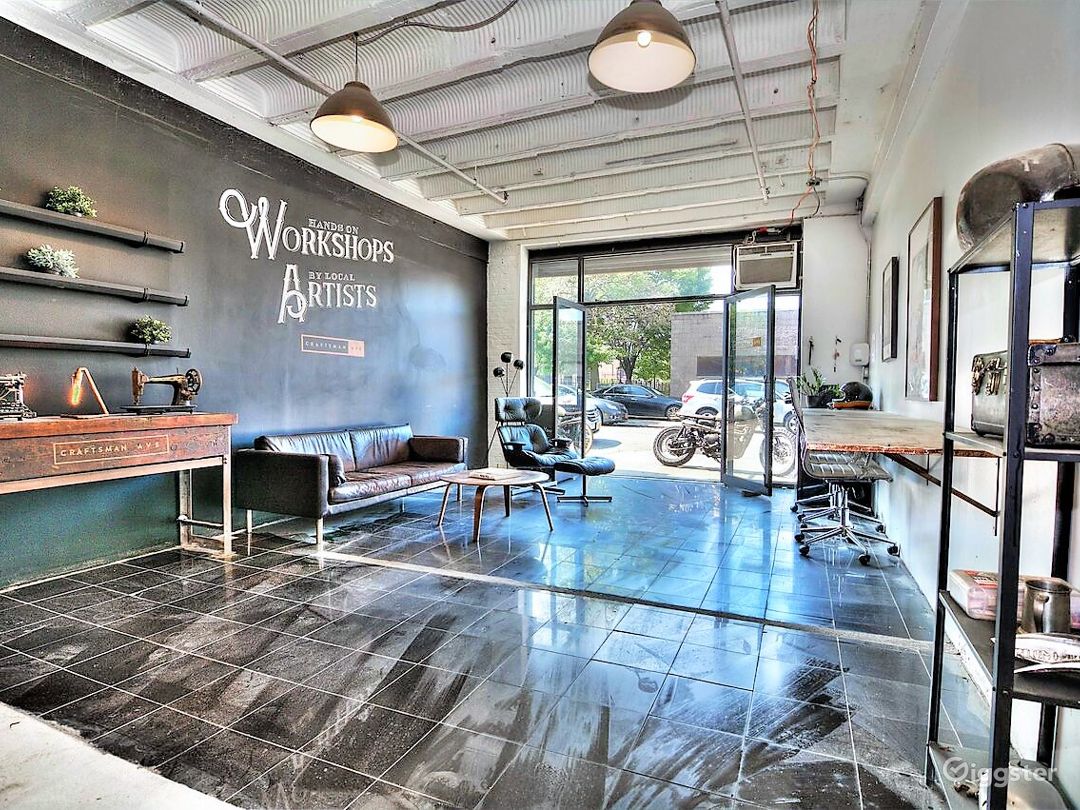 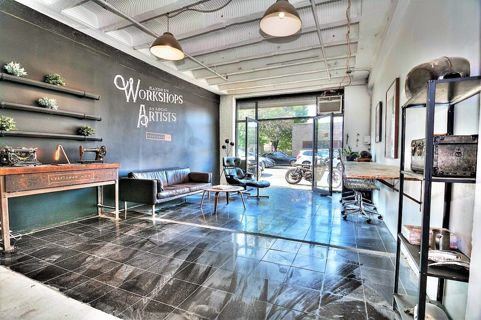 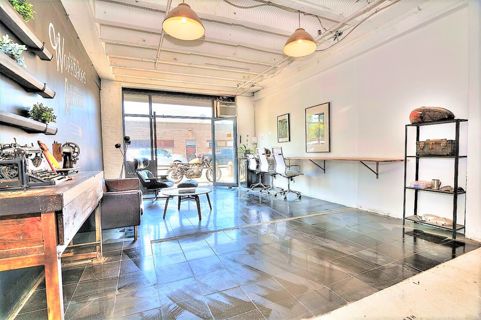 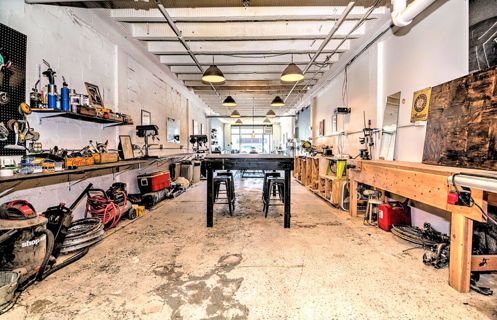 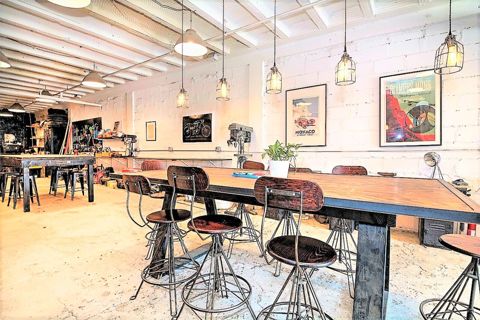 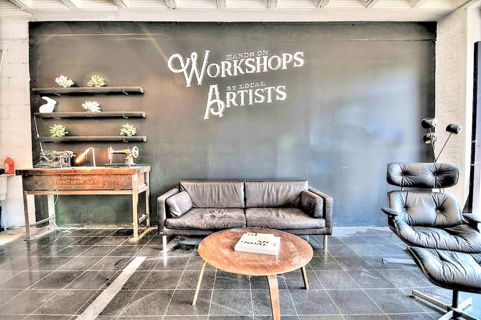 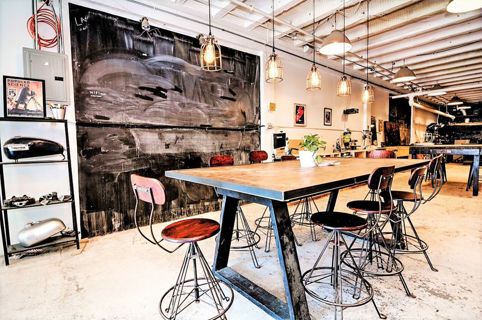 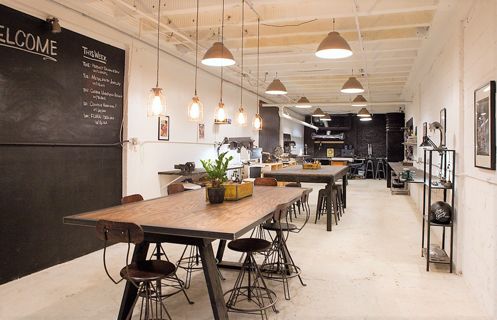 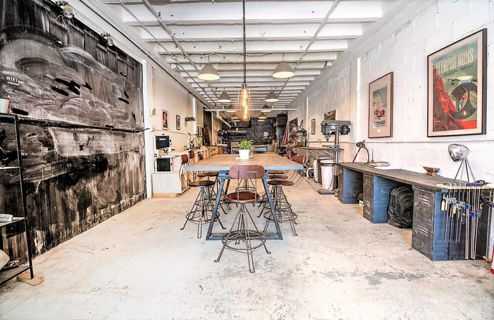 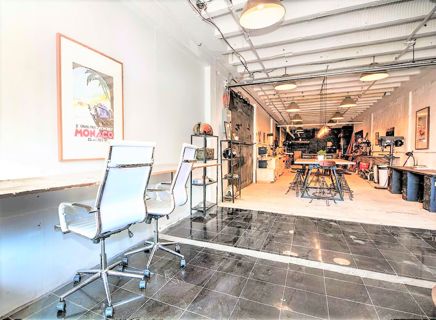 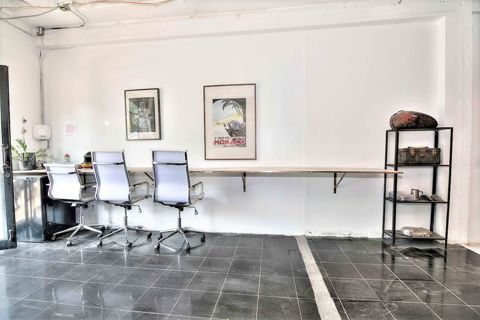 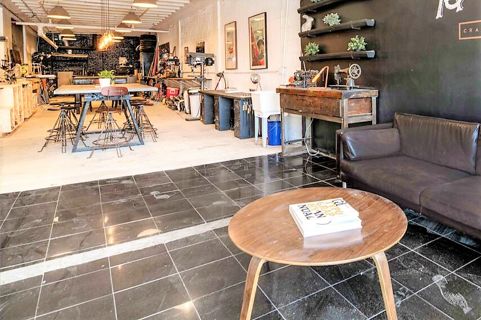 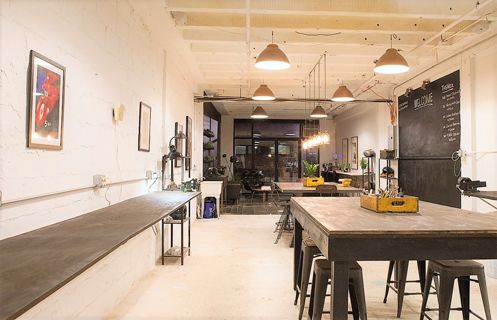 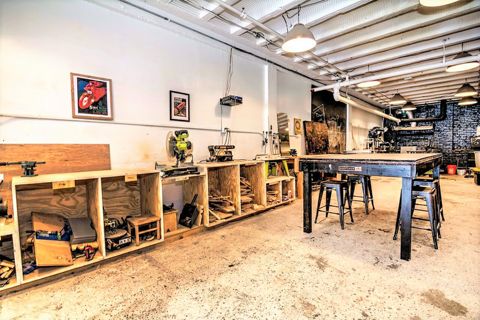 Vintage Workshop Space In Brooklyn
You have reached your weekly limit of 5 album downloads
We'd be happy to increase your limit, just contact our support team so we can get to know you a little more.
Request Higher Limit

Angie R.
2 years ago
I cannot begin to explain how much of a lifesaver this place was. I rented it out for my husbands 39th birthday dinner, 2 days before his birthday. The space is amazing, they hold workshops here for welders. So the cool part is they have built so many knicks and knacks that for the dinner ( which were mostly men) they were impressed. Jeff was a heavens sent. He has to be the sweetest more accommodating individual. There is no kitchen so for an event make sure your bring food sturners, bathroom is next door NOT in the space (which is no big deal) they have a rooftop which can be used but we chose not to and the fellas incorporated a sound system throughout the place so no DJ was needed all we needed was Bluetooth and a smart phone and the music was LOUD. There is a projection screen that can be used for pics during your event, as well as a TV. They also set up lighting through their IPAD (super cool I never seen anything like it) we were able to dim the lights during dinner. I’ve never rented a venue that I was so grateful for. I had compliments all night for the space !

Kim H.
5 years ago
vhildren events should not be held here. There is no heat and the bathroom is a hassle to access.
Always communicate through Giggster
To protect your payment, never exchange money or communicate outside of the Giggster website. Learn More. 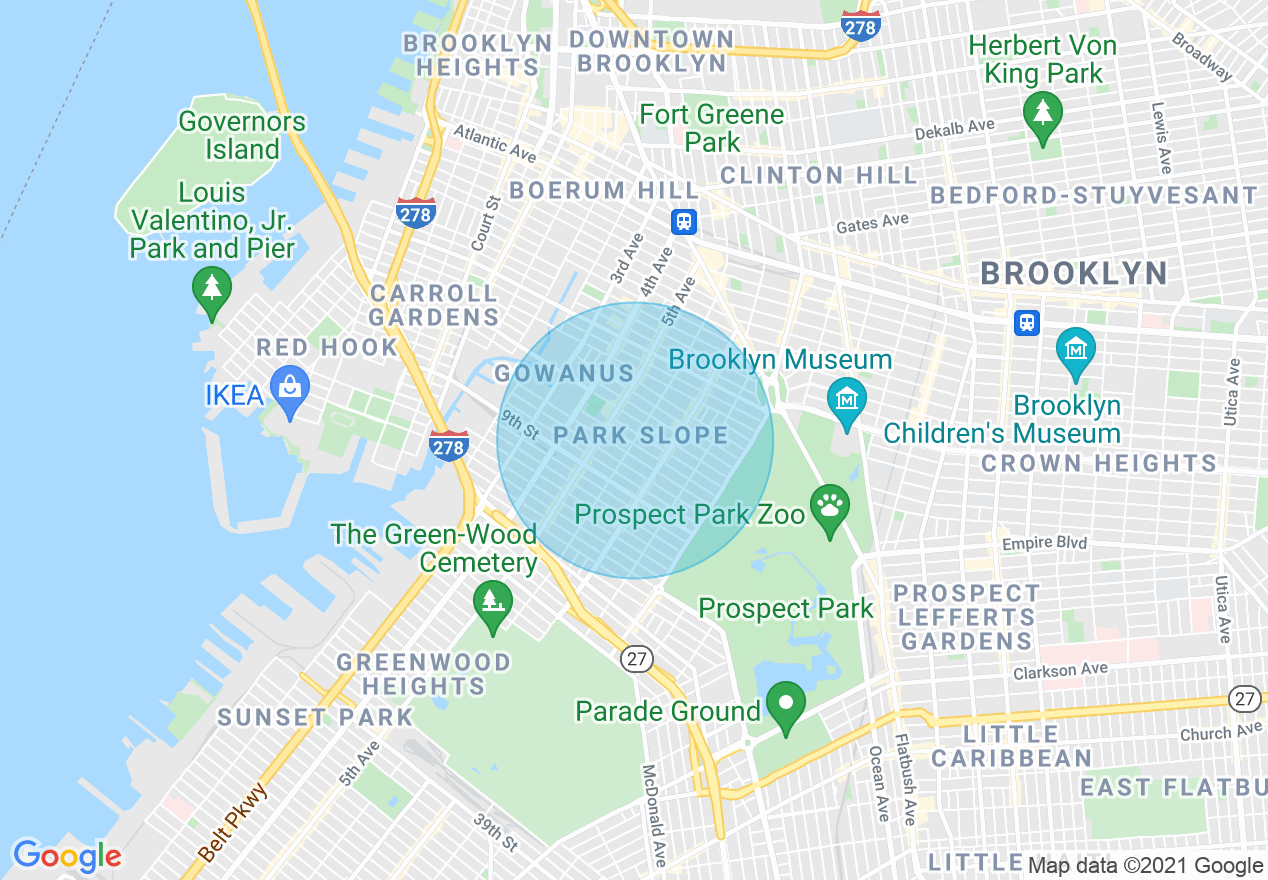 $80/hr 2 hr. minimum
Total hours: 0
Cast & Crew:
1 - 5 people $80
6 - 15 people $80
16 - 30 people $80
31 - 45 people $80
46 - 60 people $80
60+ people ask host
Cancel for free within 24 hours
All bookings adhere to Giggster's Grace Period policy which allows a full refund for bookings cancelled within 24 hours of confirmation with the exception of bookings that are confirmed within 48 hours of the start time.
Learn more
This helps us cover transaction fees and provide support for your booking.
Security deposit will be held 48 hours prior to your booking’s start date. If we are unable to authorize a hold, your booking may be subject to the terms of our cancellation policy.
Giggster takes %!f(<nil>)% commission from your location fee only. We do not take commission on any additional fees.
4.94
Craftsman A.
Response rating:
Very good
Response time:
A few hours